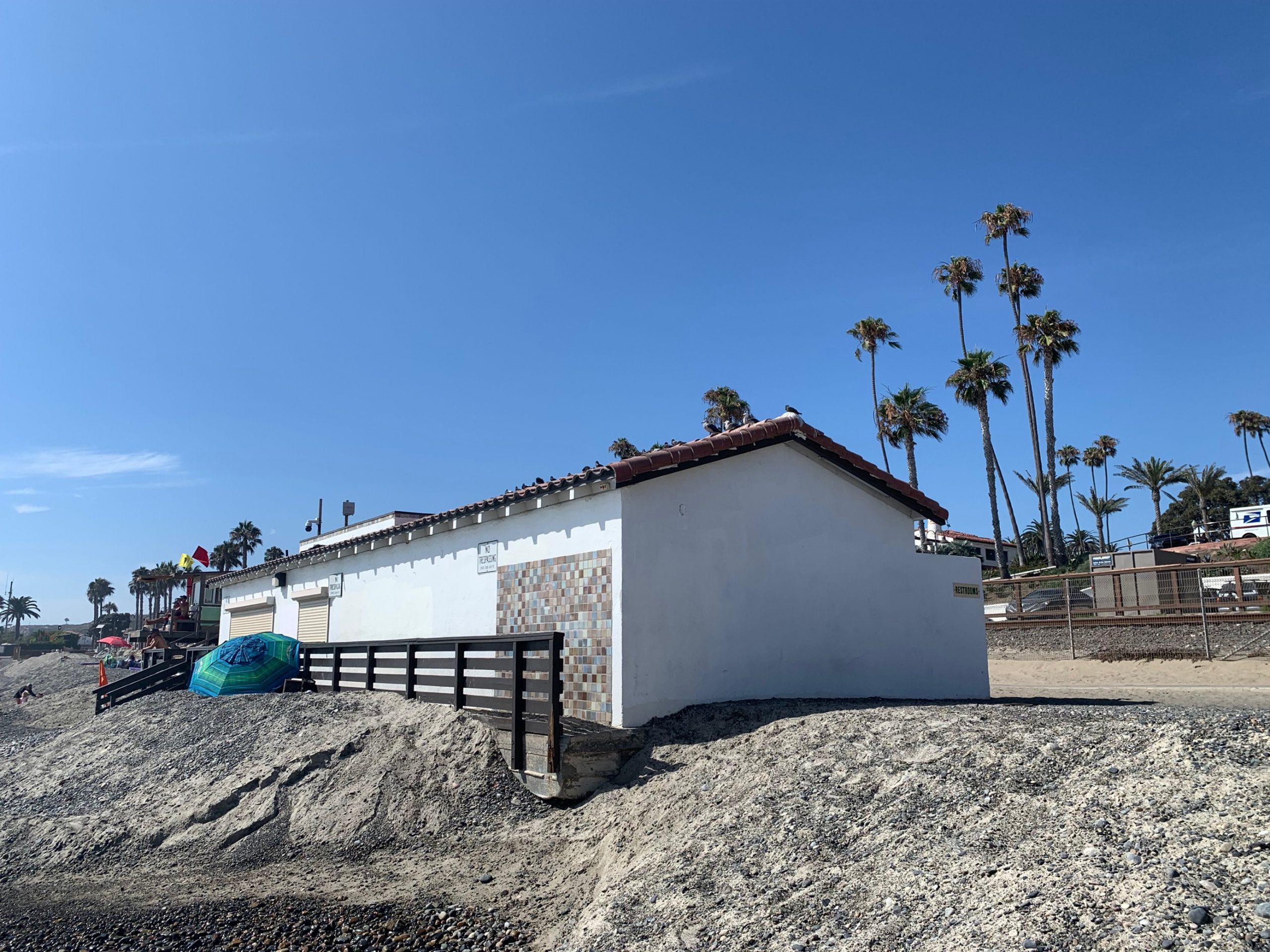 A new mural will soon be featured on the south side of the concession and restroom building located at San Clemente’s North Beach following a unanimous City Council vote on Tuesday night, July 19.

The image depicts youth surfers of varying ages and skin colors holding surfboards that each show the pillars of the “Character Counts” program—an initiative the Rotary Club uses to instill youth with trustworthiness, respect, responsibility, fairness, caring, and citizenship.

Sally Guon, immediate past president of the San Clemente Sunrise Rotary Club, spoke in favor of the mural, as the club worked with the San Clemente High School Interact Club to put the item on the council’s docket for review.

“I just wanted to support the idea of the mural and ‘Character Counts,’ how it does represent San Clemente, and how important it is to engage our young people, so we’ve got students at the high school that will be painting the mural,” Guon said ahead of the vote.

She added that she was confident the city would be excited to have a mural back on the North Beach structure after one had previously been showcased from 2000 to 2017.

Councilmember Laura Ferguson thanked the clubs for their efforts.

“I know it’s been a long time coming, because this was proposed a little over two years ago and the wheels were in motion, and then COVID hit, so thanks for your patience and steadfast commitment to making sure you stayed on board and got this done,” Ferguson said.

The mural was previously scheduled to be addressed on June 21, but the council voted to adjourn that meeting after only three of the five councilmembers were present in-person, with two others participating remotely.

“It’s understandable why City Council adjourned their meeting last month,” Guon wrote in an email to the San Clemente Times before the meeting. “Although it would have been nice to have the mural completed before the July 4 holiday beach season, the delay actually gave the artist more flexibility around her summer vacation.”

The North Beach building had displayed a mural with the phrase “Character Counts” for 17 years beginning in 2000, behind the efforts of the Sunrise Rotary and Interact Clubs. In 2017, the city was forced to remove the mural to perform repairs on the structure because of dilapidation.

Estella Olivares, a San Clemente High School Advanced Placement Art student who will soon start her senior year, won a competition to have her design given to the city as the proposed mural. Olivares had “beautifully” captured the requirements of focusing on the “Character Counts” theme and embodying the San Clemente lifestyle and culture, Guon said.

“Her artistry and technique proved she had significant talent,” Guon said in her email. “Estella managed to keep the integrity of the previous iconic mural, but gave it a modern twist, which included youthful, (multi-cultural) beach scene.”

With the approval of the council secured, the clubs plan to install the mural in early August with the help of local muralist Joshua Paskowitz.

Guon hopes that the mural can be finished before Olivares begins the 2022-2023 school year.