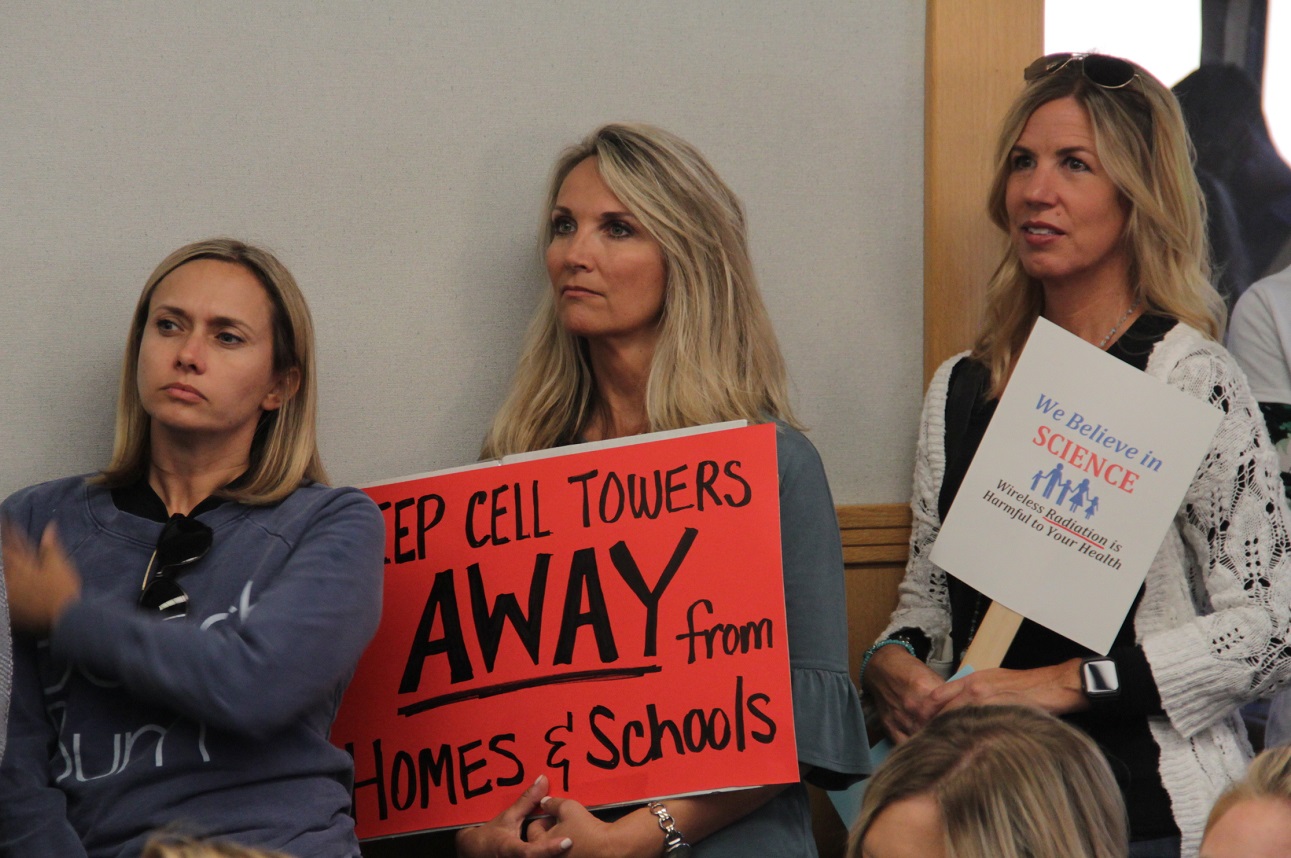 The proposal to implement the wireless facilities on a pair of light poles near residential neighborhoods has stirred controversy among a group of residents who feel the towers are likely to expose families to harmful radiofrequency waves, as well as obstruct views and create eyesores, likely lowering property values.

Members of the opposition group of residents, many of whom testified before council on Tuesday, have claimed that AT&T will eventually upgrade the towers to have 5G capabilities—technology, they say, is untested and can pose a health risk to those living in close proximity.

According to AT&T representative Franklin Orozco, the company wants to install a series of cell towers on light poles throughout the city to improve wireless services for its customers, because many, he said, get only one bar of service strength and experience dropped calls.

It’s Orozco’s understanding, he also stated, that the towers won’t change to 5G, but if they do, they will require new equipment and would need to go through the city for additional approvals.

The commissioners had denied the permits for the four sites because, they said, AT&T hadn’t proved that those locations were far enough away from homes and schools. AT&T appealed two of those denials—the permits for the Camino Vera Cruz and Calle del Cerro locations.

During the council’s discussion on the Calle del Cerro installation Tuesday, Orozco said AT&T feels the proposed site is the farthest away from the nearest residential neighborhood while still fulfilling the company’s service needs.

Responding to questions from acting Mayor Dan Bane, Orozco stated that the nearest home to the Calle del Cerro site was 64 feet away. Orozco also said AT&T is agreeable to all of the city’s conditions for approval, including the stipulation to conduct a field test within 30 days to determine the radiofrequency level of its towers.

At the outset of the council’s deliberations, Cristina Talley, an attorney representing the city on the matter, explained to the councilmembers that per the Federal Communications Commission, the city can impose reasonable regulations but can’t consider the health impacts of the towers because the federal government has already determined that the impact from such technology is minimal.

“You need to consider the circumstances as they are today,” Talley said. “Everything else is speculative and hypothetical.”

Another FCC rule also gives cities and local agencies a certain time period, or shot clock, to review applications for wireless communications facilities. According to the city, the council had until Oct. 1 to either review or deny the application, or request an extension.

Following the public-comment portion of the council meeting, during which several residents gave impassioned testimony on how the towers can impact the community, Bane requested to go into a closed session to discuss certain matters that, he said, could have exposed the city to litigation.

Upon return from the closed session, Bane asked Orozco if AT&T was willing extend the shot-clock and continue the discussion to the council’s late November meeting. The purpose, he explained, was so city staff, himself and representatives from the company could, in the meantime, discuss alternatives and gather additional information such as data from AT&T to support its need for such cell towers in the area.

Orozco said AT&T would agree to the extension—prompting audible sighs and displeasure from many in the audience, which had advocated the council to deny the proposals outright that night.

Deliberations over the Camino Vera Cruz location concluded in a similar fashion, as the council voted to continue the topic to November. Before discussing the Vera Cruz site, Bane had recused himself, as he has a potential conflict of interest involving that site.