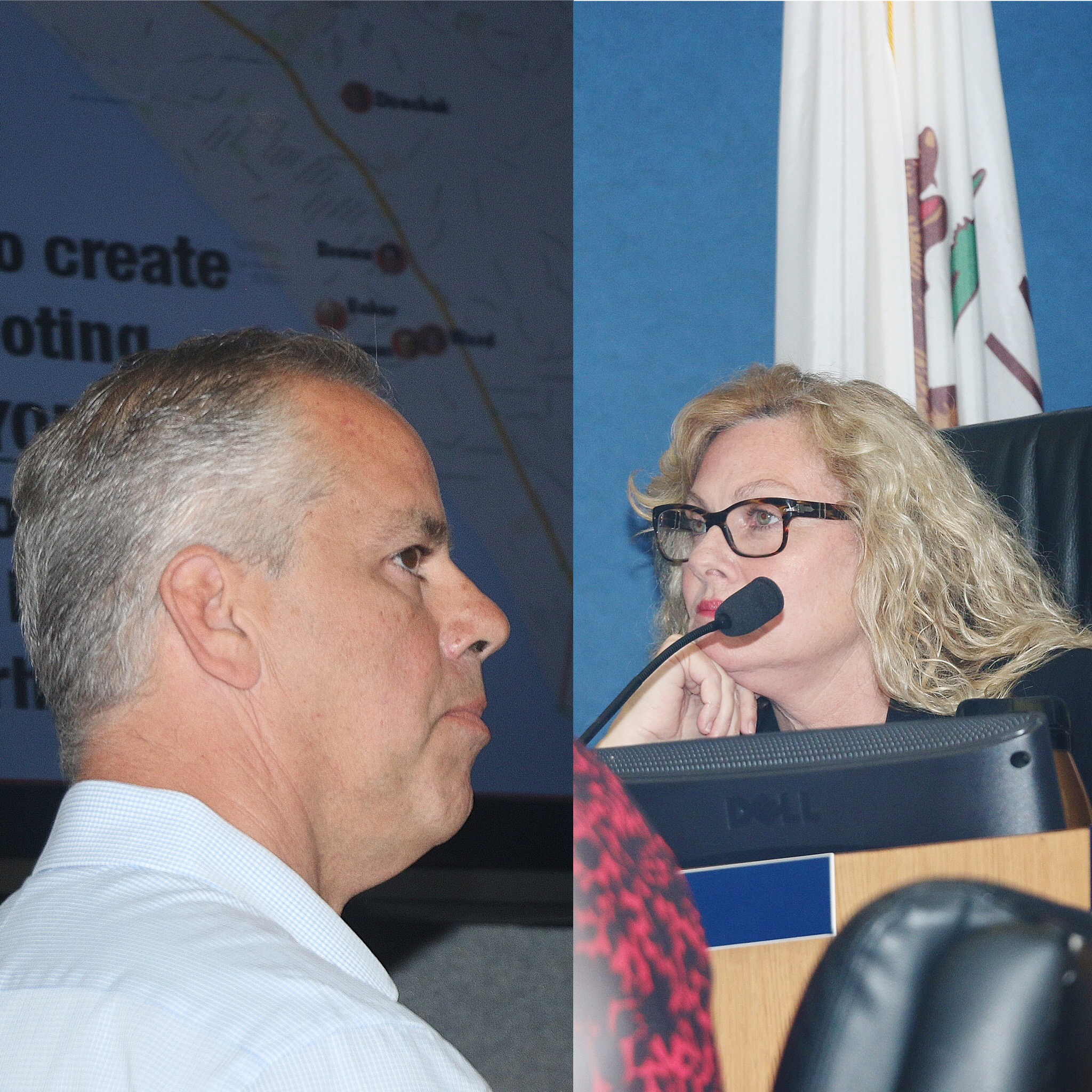 An ethics violation complaint filed against City Councilwoman Kathy Ward as well as Mayor Bob Baker and City Manager James Makshanoff was dismissed by the remaining Council members. The city redacts the name of the complainant but must take complaints with legitimate contact information and identification.

Emails requested by the complainant showed Ward had consulted with city staff to write a column in the San Clemente Times’s monthly “City Council Corner” against the city establishing voting districts.

In Ward’s April 7 column, she stated the movement to establish voting districts in San Clemente had an “ulterior motive” and that it would do more harm than good and divide the city’s residents.

During the editing process, Ward sent the column to the city’s public information officer Laura Ferguson as well as Makshanoff and Baker asking for advice on the piece, according to emails published by the city.

Jim Bieber, who has been at the forefront of the districting movement, alleged that in doing so, Ward violated the city’s ethics code by using city resources (staff time) to campaign against a ballot initiative Bieber and several other residents have filed to establish voting districts. When the article was published, the petition to circulate the ballot signatures been filed with the city, and since then the appropriate amount of signatures has been collected but the initiative has yet to be certified on the ballot by  Orange County Registrar of Voters.

Bieber’s argument is that because the petition to circulate had been filed, the city should not legally be able to “campaign against” a citizen’s petition for the possible ballot measure.

Bieber also said records requests he had filed with the city had gone unfulfilled and did not reveal the spectrum of material he sought.  In an email, Bieber emphasized he submitted a records request for nine days of city emails between city staff and Ward pertaining to the editorial. The emails, which produced five different working drafts,  showed the correspondence between Ferguson and Ward with Baker and Makshanoff also notified of the content.

SC Times contacted the First Amendment Coalition, Transparent California, the California Newspaper Publishers Association and the California Fair Political Practices Commission (FPPC) regarding the matter, but none of them said there was anything substantially wrong with Ward’s actions.

According to the city’s ethics code, the City Manager may appoint a committee of three people consisting of the director of office management & budget, the human resources manager and the City Clerk. But the manager also has the authority to replace any or all of the members of the committee if it is determined a member may be “impartial due to a professional or personal relationship” with whomever is accused.

The City Council members left to decide participated in what the city designates as an informal hearing. If they had voted the other way, there would have been a formal hearing to retain an official hearing officer.

However, in the city’s ethics policy, it says no resources including the use of city staff time shall be used for non-official city business.

During the hearing, the three Council members who had not recused themselves asked Ward if she believed she had committed a violation, to which she said she did not. Ward said she authored the article herself and collaborated to make the required word count for the column.

The FPPC wrote in an email they have received a complaint and are currently reviewing the allegations.

City Council Corner is a monthly article that is rotated between Council members. There are no guidelines for content of the column.

The OC Registrar of Voters has until July 14 to verify signatures and solidify the ballot measure regarding district elections in San Clemente. If it is accepted, voters will have the choice to adopt voting districts elections for the 2018 election.

Editor’s note: This article has been updated for clarity.