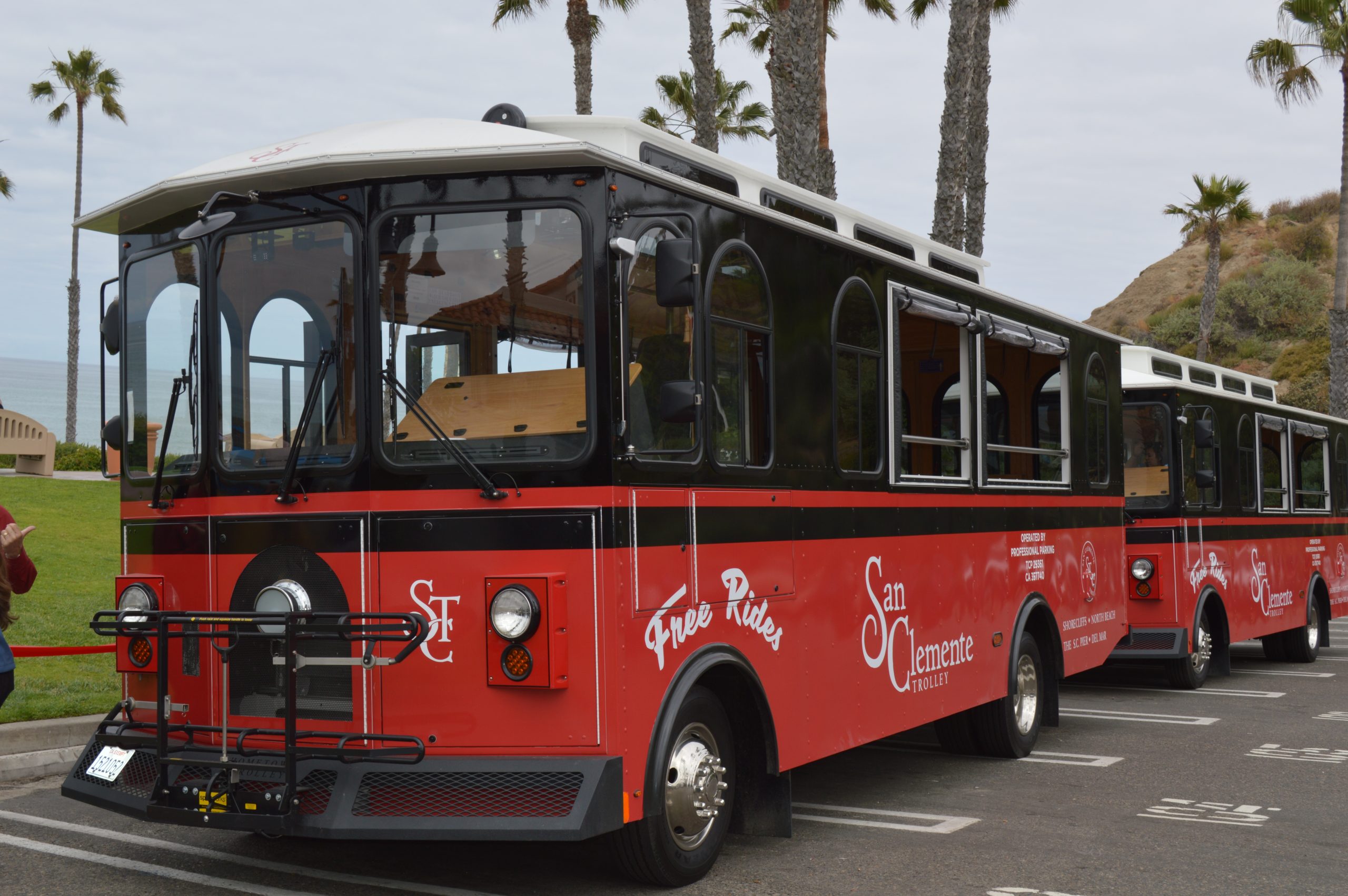 Weekend trolley operations through Downtown San Clemente will continue into the fall after the city council voted unanimously on Tuesday, Oct. 5, to extend the free services until mid-November.

For the next six weekends, the city’s Red Line trolley route, which was supposed to end on Sept. 26, will still offer rides to residents and visitors between the San Clemente Pier and the Outlets at San Clemente.

As part of the council’s vote on Tuesday night, it selected an operation schedule to have the trolley run from 10 a.m. to 10 p.m. on Saturdays and from 10 a.m. to 8 p.m. on Sundays. The estimated cost to operate the extension is roughly $29,000, according to the city.

To offset some of those costs, the city intends to use about $25,000 in fees collected from downtown eateries that have opted to continue using public parking spots for outdoor dining space.

The city will put the parking brakes on the extended trolley service on Nov. 15, which coincides with the current deadline for restaurants to remove their open-air dining setups from the street.

San Clemente’s summertime trolley was placed in gear back on May 14—two weeks earlier than what was originally planned. The council had voted this past April to accelerate the launch under the belief that it would support local businesses recovering from the pandemic.