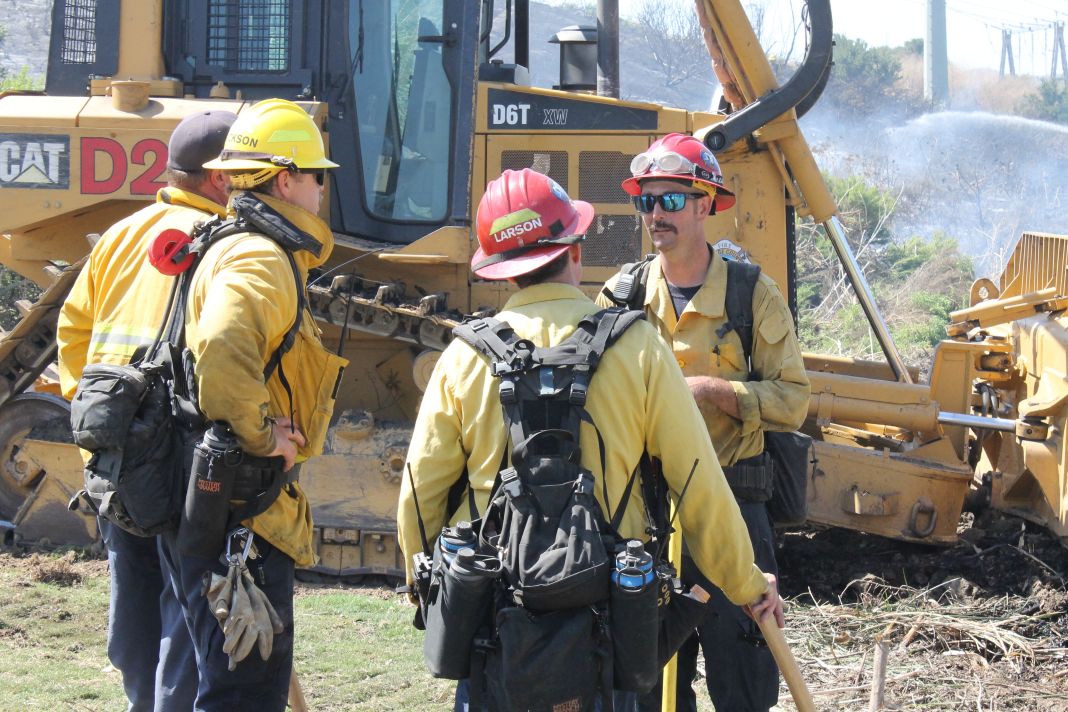 San Clemente City Council honored the legacy of the late Jim Dahl, a former councilmember, mayor and firefighter, at its meeting on Tuesday night, April 5, voting to approve a minimum for fire emergency response staff and to establish a memorial bench.

The council voted, 4-1, to introduce an ordinance that will add a section to the city’s Municipal Code, stipulating that all fire emergency response vehicles in San Clemente be staffed with at least four-person crews.

The ordinance, which Mayor Gene James referred to as the “Jim Dahl Ordinance” during this past month’s Celebration of Life ceremony for the longtime civil servant, formalizes the requirement for a fourth firefighter—a position the city has funded since 2017.

Officially setting the four-person minimum had also come at the request of the Orange County Fire Authority (OCFA), with whom San Clemente has contracted for fire protection services since 1994.

The request was “based on (OCFA’s) observation that crews of four can operate more safely and efficiently than crews of three,” according to the city staff report, which further noted that OCFA has split the cost for the fourth firefighter as part of a phase-in approach over eight years.

The discussion to enact such an ordinance began months ago between James and Mayor Pro Tem Chris Duncan, as well as further conversations that James said he had with other fire professionals and firefighters.

“If (there’s) one thing a firefighter doesn’t like, it’s being on a three-member crew,” the mayor said.

While there are other stations around Los Angeles County that use the same number of people on crews and it is acceptable by OSHA standards, James added, there are dangers in San Clemente—specifically around city trails—that reinforced his support for the measure.

Councilmember Steve Knoblock was concerned about the act of codifying the minimum staffing requirements, as there are currently four firefighters at all three stations around the city.

Since they are already complying with OCFA recommendations, the city would have to adopt a separate ordinance if the agency decided one day to adjust its recommended staff level to a higher or lower number.

Knoblock reiterated his confusion over why it was necessary for San Clemente to list a requirement that the city is following in an ordinance, to which Duncan responded that he agendized the matter for stability and consistency.

“I think the answer is in the fact that the mayor—like I have—(has) talked to firefighters, former fire captains, and everyone on down the line that says, ‘This is a great idea, we want this, we want this consistency, we want to know that this is going to be standard, that it’s not going to be changed because of some changed circumstances or for budget reasons,’ ” Duncan said.

The mayor pro tem added that the new minimum allows for two paramedics, which would help the responding teams provide more efficient service in general.

Knoblock held that OCFA could change the recommended standard at any time, and that the ordinance was not necessary to show the city’s commitment to the authority.

“Our commitment has been historic,” he said. “We’ve had OCFA doing this function for decades now, and I just don’t see the need of staff time and energy—and potentially if OCFA decides the standard needs to be changed in the future, for us to have to potentially modify an ordinance.”

Rob Capobianco, the division chief of OCFA’s Operations Division 3, which serves San Clemente among other South County cities, said the code amendment would send a clear message to the public and to local firefighters that the city government has established public safety as a budgetary priority.

“It also identifies that a reduction in crew staffing as an item should not be considered by future city councils, once again recognizing that this ordinance can be overturned or modified in the future,” Capobianco added.

Councilmember Laura Ferguson was the lone vote against the ordinance, citing the desire to remain flexible within the city budget in future years.

San Clemente’s service contract with OCFA for the Fiscal Year 2022 Budget was set at $10.3 million, up by roughly $600,000 compared to the previous fiscal year. The FY22 budget notes that this year’s amount includes the city’s portion for the fourth firefighter, which will gradually increase and become fully funded by the city.

During the memorial service for Dahl on March 27, James had also previewed a bench installation at the San Clemente Municipal Golf Course to honor the former elected official who served from 1996 to 2012.

The council on Tuesday unanimously approved the bench, though its exact location has not yet been determined, according to Beaches, Parks and Recreation Department Director Samantha Wylie. Wylie has spoken to Dahl’s wife, Alice, and members of the Exchange Club who are helping Alice with the decision.