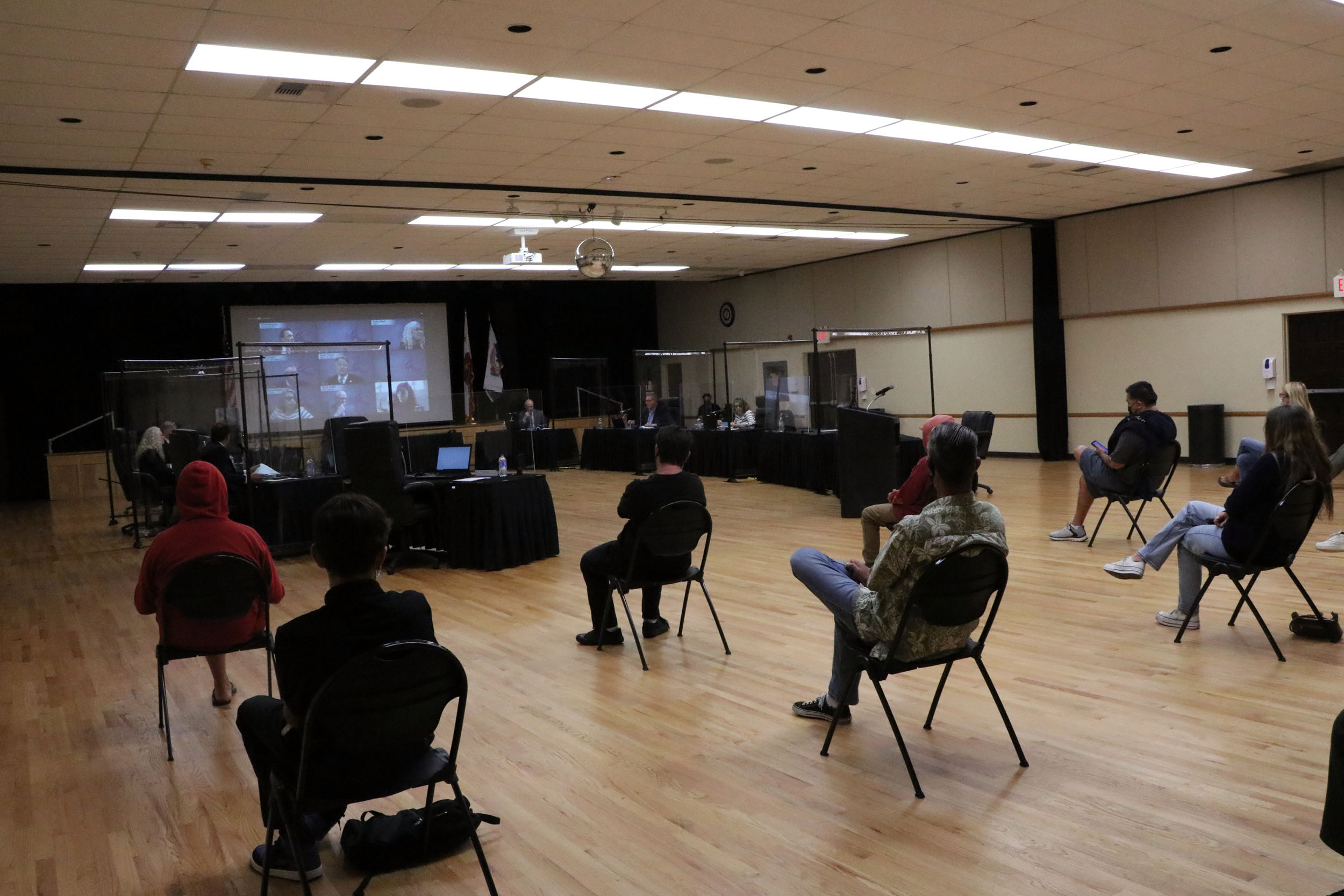 With only three members of the San Clemente City Council present in person for the scheduled meeting on Tuesday night, June 21, the elected officials voted unanimously to instead convene on July 19, delaying discussions on various agenda items.

“I think we have a lot of important stuff this evening, and I’m very concerned about how we’re going to manage two members that are ‘Zooming’ in and three members that are in the chambers,” Mayor Gene James said.

Upon confirming with City Manager Erik Sund that every item on the agenda could feasibly be pushed back to July, James laid out his desire to postpone the meeting, though choosing not to make the motion himself, as he wanted to honor the audience at the Community Center and those watching from home.

Ward said she had no issues with moving the meeting, and motioned for adjournment while asking if public comments could be taken.

“I share your concern that (Duncan and I) are not there,” she said. “I think it would be a better conversation about the items you just said (if all were in person).”

The meeting was adjourned following the Pledge of Allegiance and after members of the public had an opportunity to voice their comments.

Among the agenda items and public hearings that were slated for discussion was a consideration to implement a Community Choice Aggregation program, also known as Community Choice Energy, and become members of the Clean Energy Alliance.

In recent months, council established a subcommittee comprising James and Duncan, directing staff to present data analysis to inform whether the city should join.

San Clemente could form a separate agency to purchase energy directly from suppliers, set competitive rates, and collect revenue as a CEA member. Financial analysis from CEA showed residents could save between 0.82% and 2.8% from San Diego Gas & Electric costs.

The council on Tuesday was also scheduled to approve several items under the consent calendar—the handful of routine items that can be approved in one vote—including the second reading of an ordinance meant to limit water consumption and another to reduce bicycle thefts around town.

Additionally, the San Clemente Sunrise Rotary and San Clemente High School Interact Club had proposed to add a new mural to the North Beach concession and restroom building. The Character Counts mural would pay homage to the original mural of the same name, which was installed in 2000-2001 and removed in 2017, according to the agenda report.

After previously delaying voting on a proposal to establish new, local campaign contribution limits to Tuesday night’s meeting, the council will have to wait nearly another month to adopt it as an urgency ordinance.

Such limits could be either $500 or $1,000. As the city would stray from the state’s own set contribution limit, San Clemente staff would be responsible for enforcing the local ordinance.

The council will also consider to include a policy that would require contractors submitting bids or proposals to the city to disclose any contributions made to councilmembers in the previous 12 months.

The urgency ordinance would allow the regulations to apply before the General Election in November.

Another ordinance proposing to prohibit the unlawful possession of catalytic converters in the city was also on the docket for Tuesday night, but it is now expected to be discussed on July 19. According to the agenda report, there have been about 2,000 thefts in Orange County up to June 21.

The council routinely meets on the first and third Tuesday of the month. In observance of Independence Day, the city council won’t meet on July 5.