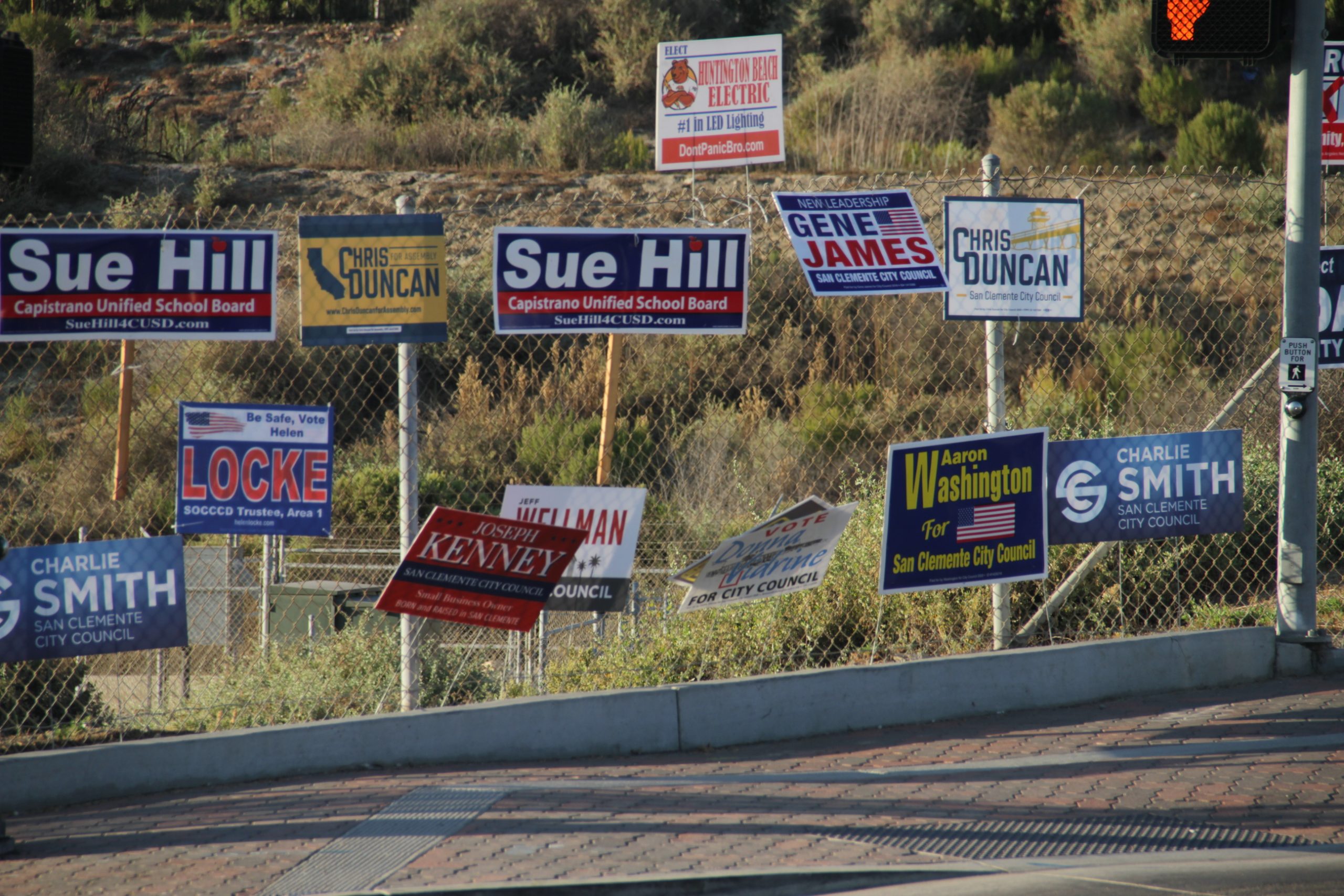 The San Clemente City Council voted to table an ordinance concerning the implementation of campaign contribution limits and approved another that prohibits the unlawful possession of catalytic converters at its meeting on Tuesday night, Aug. 16.

After months of the items being placed on the agenda and several delays because of other council matters, the councilmembers were able to address the potential code amendments on Tuesday night.

Mayor Gene James chose to table the campaign finance ordinance, citing the proximity of the upcoming General Election in November.

“People (are) already raising money, and for us to impose new rules in the midst of the election is not something I think is fair to people who are just now (participating),” he said.

The draft urgency ordinance would have limited donations to candidates for the City Council race to either $500 or $1,000, depending on the council’s choice. It was structured in a manner that would have made the regulations effective during the election season.

There was additional language included that would have required contractors submitting bids or proposals to the city to disclose any contributions made to councilmembers within the year before their submission date. At the May 25 meeting, in which the ordinance was originally agendized, the council considered having the city clerk’s office publish a synopsis of received Form 460s (Recipient Committee Campaign Statements) and Form 496s (Independent Expenditure Reports) in the San Clemente Times.

James added that he believes dark money from outsiders is involved in the election process, and that transparency was necessary. He also referred to an earlier conversation between him and City Clerk Joanne Baade, during which she expressed how the action of submitting public notices regarding all contributions could have a negative effect.

“Because the San Clemente Times only publishes once a week on Thursdays, and they require one week (of) lead-in time, that means that by the time something is published, it’s going to be about 13 days late,” Baade explained during the meeting.

She was concerned that residents would not see the full story just by reviewing the listed contributions, as the Fair Political Practices Commission (FPPC) paperwork that can show the aggregate amount of total contributions and loans would provide more information.

The mayor reiterated that the city was unable to limit the contributions of Political Action Committees (PACs), thus keeping the door open for such groups with dark money available to impact the election in ways that suited them.

“I’m not sure what the right answer is, and that’s why I’m pulling this tonight,” James said. “But come 2024—and I’m running in 2024, so I’ll put these rules on myself in 2024—we need to figure out what an appropriate campaign contribution limit is going to be in this town.”

The council also voted to direct Baade and city staff to place a direct link on the city website’s home page that would allow users to access campaign finance information. Baade had suggested the idea to the mayor and felt the alternative would be user-friendly.

The previous lack of legislation at the local, state, or federal level to define and punish thefts without an identifiable victim and to require individuals to provide proof of possession hindered law enforcement’s ability to act and protect the public, according to the city’s staff report on the matter.

The report added that the ordinance would establish zero tolerance for thefts, sanctions for possessing stolen catalytic converters, prohibit the falsification of documents claiming proof of ownership, prevent further profit from the sale of the stolen items, and minimize the time and money invested in investigating such thefts.

Per the new code amendment, individuals possessing an unattached catalytic converter must have documentation such as a bill of sale from the original owner or verifiable electronic communication from the previous owner relinquishing ownership.

Other information, such as the name, address, and telephone number of the previous owner or photographs showing the license plate number and vehicle identification number may be necessary as well.

Both votes to table the campaign finance ordinance and to approve the catalytic converter ordinance passed unanimously, with all five councilmembers present.