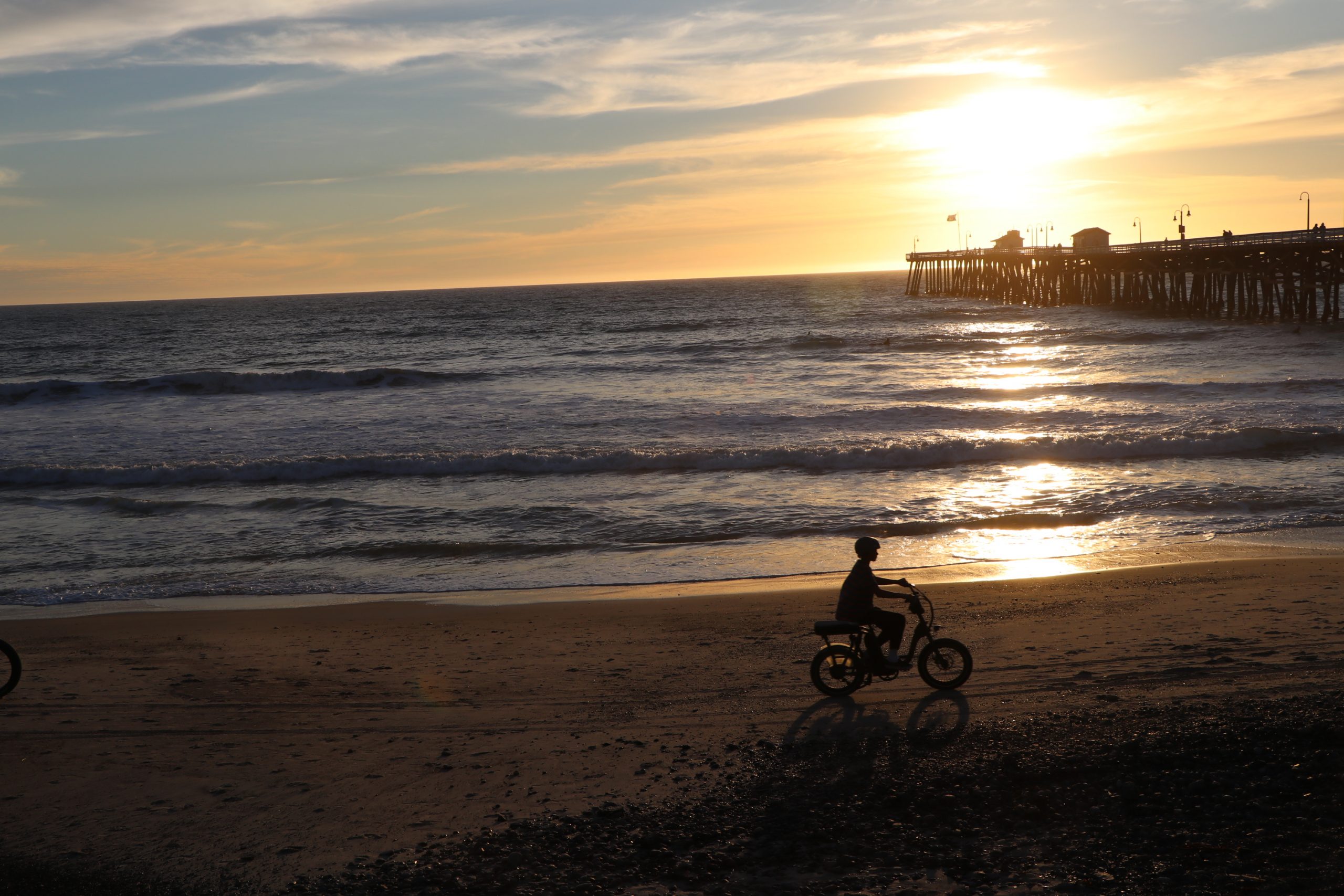 In a choice between education and increased enforcement, the city council on Tuesday, Feb. 2, voted to launch an awareness and outreach campaign in the hope of deterring e-bike riders from engaging in reckless behavior while on the Beach Trail.

The council unanimously approved a yearlong education campaign along with all but one of the proposed e-bike regulations that the Beaches, Parks and Recreation (BPR) Commission had recommended last month—a proposal to lower the speed limit on the coastal trail to 5 mph.

“It needs to be an education blitz,” Mayor Kathy Ward said, adding: “We’re serious on this, because it’s public safety and we’re seeing the explosion of the bikes, and we are going to have to do something.”

The council’s decision to go with increased education on e-bike safety comes weeks after the BPR Commission had approved its series of recommendations that included proposing the speed limit reduction from 10 mph to 5 mph, restricting cyclists from riding on the Mariposa Bridge and adding signage along the Beach Trail telling cyclists to yield to pedestrians.

Another recommendation added e-bikes as a specific reference in the municipal code related to the uses of cycling, skateboarding and other activities on the Beach Trail and Pier. With the exception of the speed limit change, the council voted to approve those recommendations.

Cyclists are also prohibited from riding year-round along the Montalvo Bridge and the Riviera Bridge, as well as on the heavily trafficked asphalt section of the trail, at the base of the San Clemente Pier.

Councilors on Tuesday had discussed the dilemma of increased enforcement, with Ward stating that “we can’t pay for enough enforcement, we can’t hire enough people.” She added that the city can’t “make enough rules” to address the issue.

“I think definitely education is a component, but I don’t think we can regulate our way or make enough rules for this one,” she said.

Code Compliance Manager Adam Atamian had explained to the council that the city’s park rangers and code compliance officers are incapable of currently addressing speeding cyclists, citing a lack of resources.

“That’s not to say that we couldn’t (pull over speeders) in the future, but at this point in time, we don’t have the resources to begin to train staff to do that nor do we have the equipment to patrol the Beach Trail in such fashion.”

Instead of more enforcement, the council is pushing for the educational campaign, which is set to include bike safety programs and workshops at the schools, led by the Orange County Sheriff’s Department’s school resource officer, outreach through media, and a public service announcement featuring councilmembers on e-bikes encouraging safe riding.

The city will also set up an online “hotline,” or portal on the city’s website, for residents to record incidents of reckless riding. The hotline, city officials explained on Tuesday, will allow the city to track reports of near misses, collisions and accidents related to e-bikes on the coastal amenity, in turn using the data to inform future decisions of the council.

“While we’re doing the education simultaneously, have people report incidents so we can start building some data and we can have the big picture,” Councilmember Laura Ferguson said.

Mayor Pro Tem Gene James agreed with Ferguson’s sentiments, noting that the city has received a lot of anecdotal evidence of dangerous activities with e-bikes, but not a lot of hard data—a point previously made by the city’s public safety chiefs.

As for an idea to outright ban e-bikes on the trail, that wasn’t immediately dismissed by councilors, indicating that such a measure is still on the table six months to a year from now—after the city gathers more data.

Ward noted that if the hotline begins to see a high rate of complaints in the coming months, prior to the conclusion of the education campaign, the council should pick up the discussion again to consider alternatives.

“I completely agree,” acting City Manager Erik Sund said, responding to Ward. “If we started to see something four months into this program that would raise red flags, staff would immediately raise their hand, and it would come back to the city council for further direction if there was a concern.”

Editor’s Note: This story has been updated from its previous version to correctly highlight the city’s municipal code related to bicycle use on the beaches and Beach Trail.