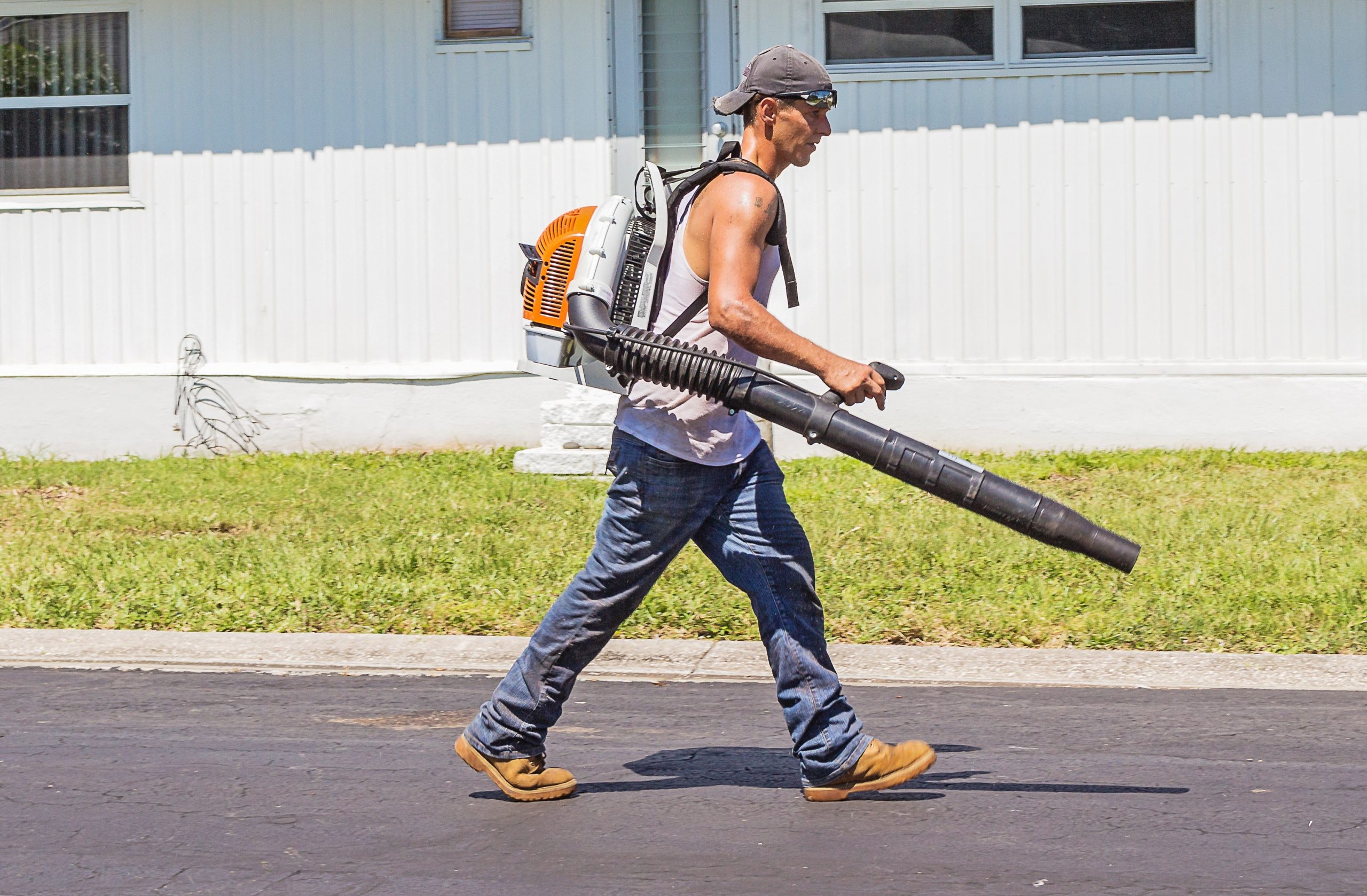 Councilmembers are slated next month to consider imposing a citywide ban on gas-powered leaf blowers, after abandoning a proposal to regulate such devices under a limited pilot program.

If passed, the proposed ordinance, which looks to limit carbon pollutants and reduce noise levels in neighborhoods, would give residents and contractors a one-year grace period to make the switch to electric or battery-operated versions of the landscaping tool.

In a unanimous vote on Aug. 17, the council approved plans to have city staff draft the ordinance prohibiting gas-powered leaf blowers across the town—a stark departure from what had initially been suggested in February 2020.

At that time, Councilmember Laura Ferguson, with the support of Mayor Pro Tem Gene James—then a freshman councilmember—proposed a one-year pilot program to regulate the motorized devices only in high-density areas west of Interstate 5.

Prior to last week’s meeting, the council was supposed to take up discussion on that proposal last summer, according to the city. However, with the council holding virtual meetings because of the pandemic, deliberations were tabled until residents could speak on the matter in-person.

“I look back at that council meeting in which I seconded the then-Mayor Pro Tem Ferguson’s motion,” James said last week of the council’s Feb. 18, 2020 meeting. “I think we were all over the board that night, and I think we have to regroup and re-look at this.”

With more than a year to ponder the topic, James said he no longer supported implementing regulations on a one-year test period. He said he believes residents would be less likely to purchase an electric leaf blower knowing the ban was only temporary.

“If you’re going to tell me I have to go out and buy an electric blower for one year, I’m probably not going to do it.” he said, before proposing the citywide ban, with the caveat that residents and contractors be given a year to swap out their leaf blowers.

During the discussion, Councilmember Chris Duncan alternatively proposed a six-month amortization period instead, believing “one year seems so far from now.” James was open to the shorter window, but Mayor Kathy Ward argued that a full year run-up would be more “fair in order to get the word out.”

Noting that purchasing a new leaf blower could be expensive, Councilmember Steve Knoblock asked whether the city could launch a rebate program to help residents offset some of the costs in making the switch.

Piggybacking on the proposal, James asked whether Knoblock would consider a more targeted program based on proof of purchase from a local store. Knoblock said he liked the idea.

Funds to pay for the program, Knoblock also suggested, could perhaps come from the $7.5 million in coronavirus relief money the city received from the federal government under the American Rescue Plan.

Touching on a comment from Ward, who noted that those funds might not be eligible for such a program, City Manager Erik Sund said the ARP monies must have a nexus to the COVID-19 pandemic.

Sund also said that while he would have his finance team look at whether a rebate program is an authorized use of the ARP money, he advised that the council and city should find another source of funding while also expressing a concern for city staff.

While giving her support for the citywide ban, Ferguson, a proponent of regulating gas-powered leaf blowers, said she was happy to see some of her colleagues on the dais support a rebate program.

“I did enthusiastically want to see that a couple of years ago, as it does incentivize people to do this, so I’m happy to hear we have a new council that’s very supportive of that,” she said, later adding: “I’m very supportive and encourage my colleagues to go for this citywide.”

City staff members are expected to come back to the council with the revised draft of the ordinance during the public session portion of the Sept. 7 meeting, scheduled for 6 p.m. at the San Clemente Community Center. The meeting will also be livestreamed on the city’s YouTube channel.