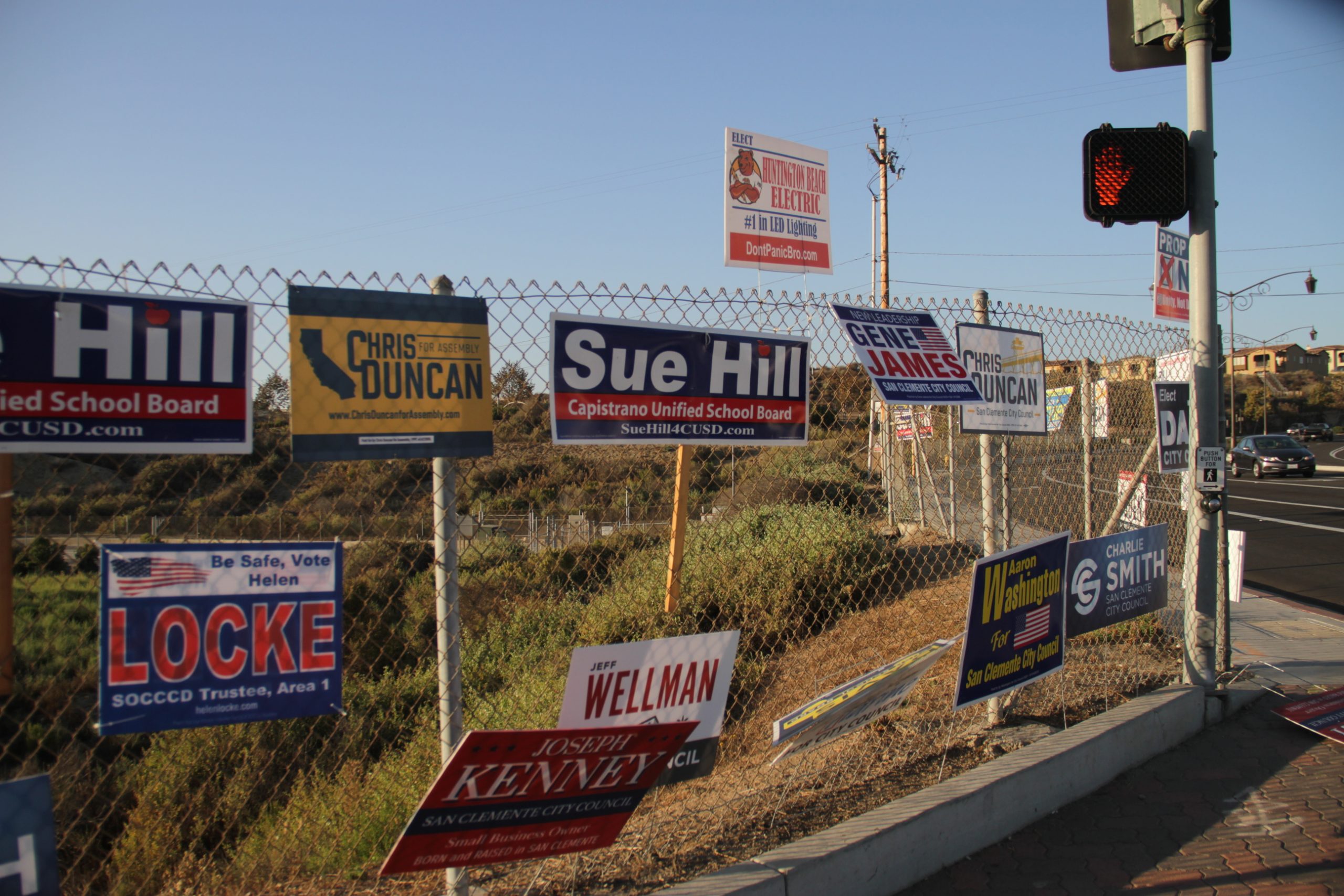 A recent report by Citizens Take Action, a nonprofit government accountability watchdog, has prompted a call by Mayor Gene James to improve the city’s transparency regarding campaign-related finance information.

At the most recent City Council meeting on May 3, James stated that he had read the nonprofit’s report card that gave the city a D-, in part, for its level of difficulty when it comes to the public accessing contribution and expenditure reports that candidates routinely file during elections.

Citizens Take Action graded Orange County cities on two primary factors: whether the municipality placed caps on candidate contributions from donors, and on the public’s ease of access to view campaign contribution reports.

The report card stated that information about campaign finances, which goes back to 2018, is “not particularly easy to find” on the City of San Clemente’s website. The D- was also attributed to there being no monetary limits on contributions from individuals or political action committees (PACs).

James pointed out that the report missed the city’s existing limits on individual contributions.

In September 2020, the council voted not to establish a local campaign contribution limit and instead allowed Assembly Bill 571 to go into effect, which applied by default a state restriction of $4,900 on campaign contributions. The Fair Political Practices Commission sets the limit, which is subject to change.

In regard to campaign finance transparency, James acknowledged that the city’s website is difficult to navigate.

“We do need to improve,” James said before going on to claim: “Unfortunately, the dark money of PACs is in our town.”

He added that the only way to improve transparency was to make the PDFs of various campaign forms searchable, as opposed to the current struggles residents face when trying to navigate the city’s website.

Citing an earlier conversation concerning the 2010 Supreme Court decision in Citizens United v. FEC, which held that the Bipartisan Campaign Reform Act was constitutional in its restrictions of “electioneering communications” funded by corporations or labor unions, James asked if PAC contributions could be controlled.

“If they’re independent—i.e., not controlled by the candidate—then there’s nothing you can regulate locally in terms of limiting that,” City Attorney Scott Smith said.

James identified the city’s lack of authority in those instances as another reason why staff must focus on providing transparency.

Councilmember Steven Knoblock supported the mayor’s motion to agendize the subject of addressing campaign finance information on the city’s website.