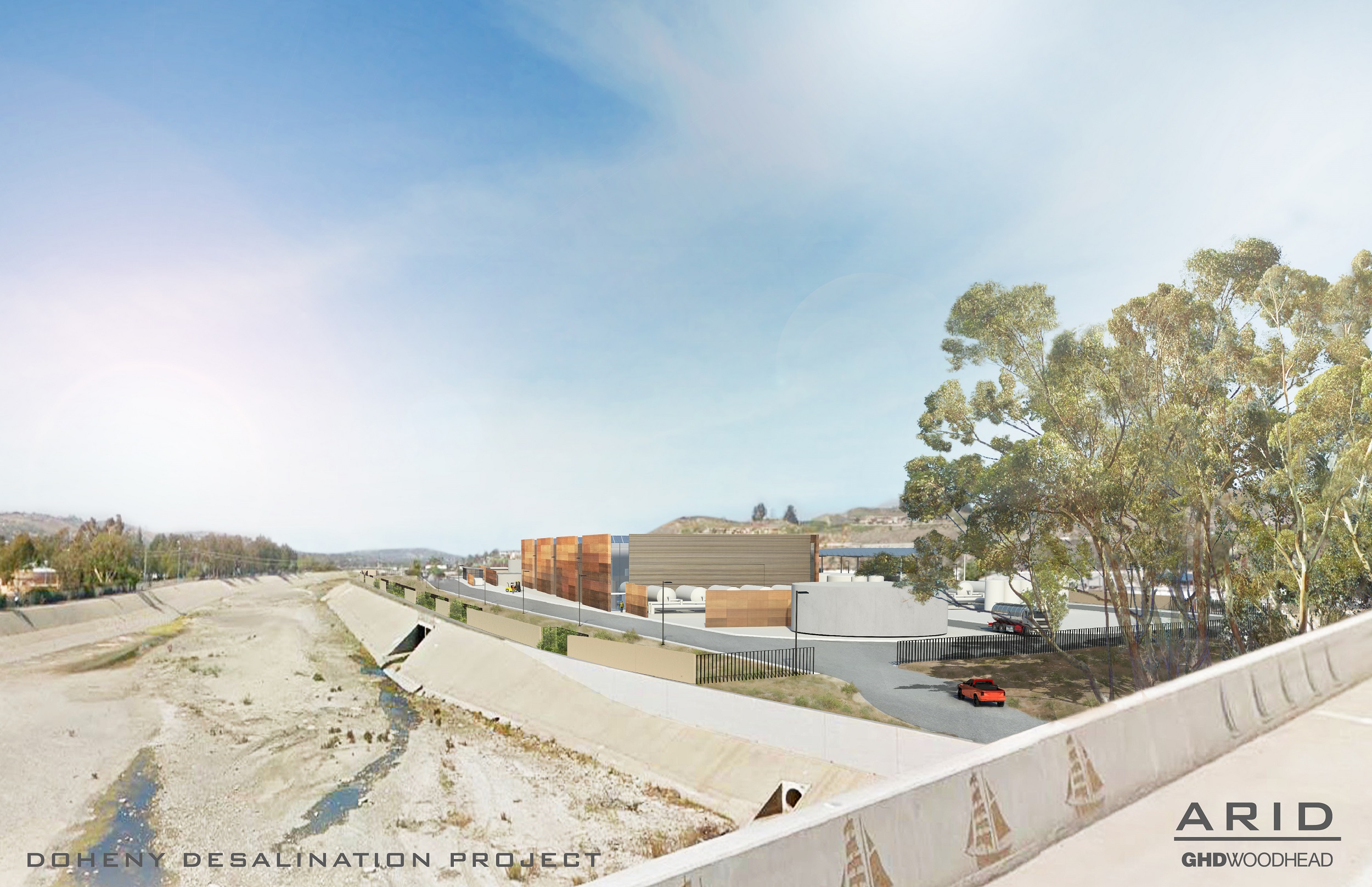 Editor’s Note: This story has been updated from its initial version published Oct. 3 at 4:53 p.m. to reflect the San Clemente City Council’s vote from Tuesday night, Oct. 4.

As the South Coast Water District prepares to present its proposed desalination plant to the California Coastal Commission next week, the San Clemente City Council voted unanimously on Tuesday night, Oct. 4, to publicly back the project.

The council will send a pre-written letter of support to the Coastal Commission, which will consider on Oct. 13 whether to approve SCWD’s application to construct the proposed Doheny Ocean Desalination Plant.

The project looks to build a facility that would produce five million gallons of water per day (MGD) by drawing ocean water through the ocean floor at Doheny Beach.

Rick Shintaku, SCWD general manager, spoke during the agenda item to campaign for the council’s support. He asserted that the letter wouldn’t indicate an official partnership, but that it was common for nearby entities to back “local resource projects” that could help the region.

The cities of Laguna Beach and San Juan Capistrano, the Inland Empire Utilities Agency, the Mesa Water District and the Metropolitan Water District of Orange County have all provided support, Shintaku said.

Mayor Gene James was the only active participant during the council comments portion, as there was no lengthy discussion on the item.

James clarified with Shintaku that the process of drawing water would be fully submerged underwater, and asked whether the SCWD official was confident the CCC would approve the district’s application.

Shintaku said the project’s location at Doheny State Beach and the brine discharge that would go into a waste stream running through SCWD’s property, thus minimizing extra construction, were both positives.

“That allows us to check those two boxes, and being a nonprofit municipal utility, I think that also sets us in a different light from other projects like that,” he said. “In terms of our confidence, we have to check all the right boxes in this process. So, it’s certainly not an easy process.”

James also expressed concern over whether the facility would be big enough to make a difference for the area, to which Shintaku mentioned SCWD’s two-phase plan for the project. The initial 5 MGD plant wouldn’t require constructing additional electrical infrastructure, and the water district’s governing board found through review that adding an extra 15 MGD of capacity was plausible.

“In essence, you could eventually build a 20 million-gallon-per-day facility, and now that’s not small potatoes at that point,” Shintaku said. “That’s something a regional agency might be interested in or a larger (Joint Powers Authority).”

Dana Point residents and others within the district’s footprint would receive 40%, or 2 MGD, of the water produced, and SCWD has contacted other entities such as San Clemente to distribute the remaining production.

Although the Doheny Desalination Project has been in the works for more than 15 years, the movement for alternative water sources to South Orange County has gained steam lately.

With Dana Point, San Clemente, and surrounding municipalities relying on imported water to provide 90% of its supply, emerging environmental concerns such as unstable fault lines and the drying Colorado River have forced SCWD into action.

Councilmember Steven Knoblock, who is campaigning for reelection, wrote in a Letter to the Editor this past April that the facility would be the most logical and practical solution to bringing in clean water.

He’s also stated publicly during his reelection bid that a main priority of his is establishing a desalination plant that would benefit San Clemente.

On April 19, the council authorized a letter of interest to initiate a cost analysis, and city staff is still coordinating with SCWD regarding such a study, according to the city’s agenda report for Tuesday’s meeting.

The upcoming letter of support comes as the water district seeks permits from regional and statewide authorities, such as the San Diego Regional Water Quality Control Board. The district is looking to obtain all permits by the end of 2022.

According to the proposed letter, the project will “enhance water reliability for the region,” and SCWD has diligently collaborated with stakeholders and secured more than $32 million in state and federal funding to move the initiative forward.

“The serious implications of drought restrictions on our local communities, especially when combined with the region’s overwhelming reliance on imported water, justifiably inspire SCWD and its neighboring agencies to be innovative in their ongoing mission to achieve a diverse and reliable portfolio of water projects and management strategies,” the letter states.

It also mentioned support of the project’s compliance with the California Ocean Plan and protection of the marine environment, and that the project has “the potential to be a local and regional asset.”

In May, the CCC denied permits for the proposed Brookfield-Poseidon Desalination Plant in Huntington Beach that listed plans to produce 50 MGD.

The commission next week will also review 13 special conditions that will force SCWD to submit various plans that will address marine resource impacts, spill prevention, and stability in the face of natural disasters, among other topics, if the project is constructed.