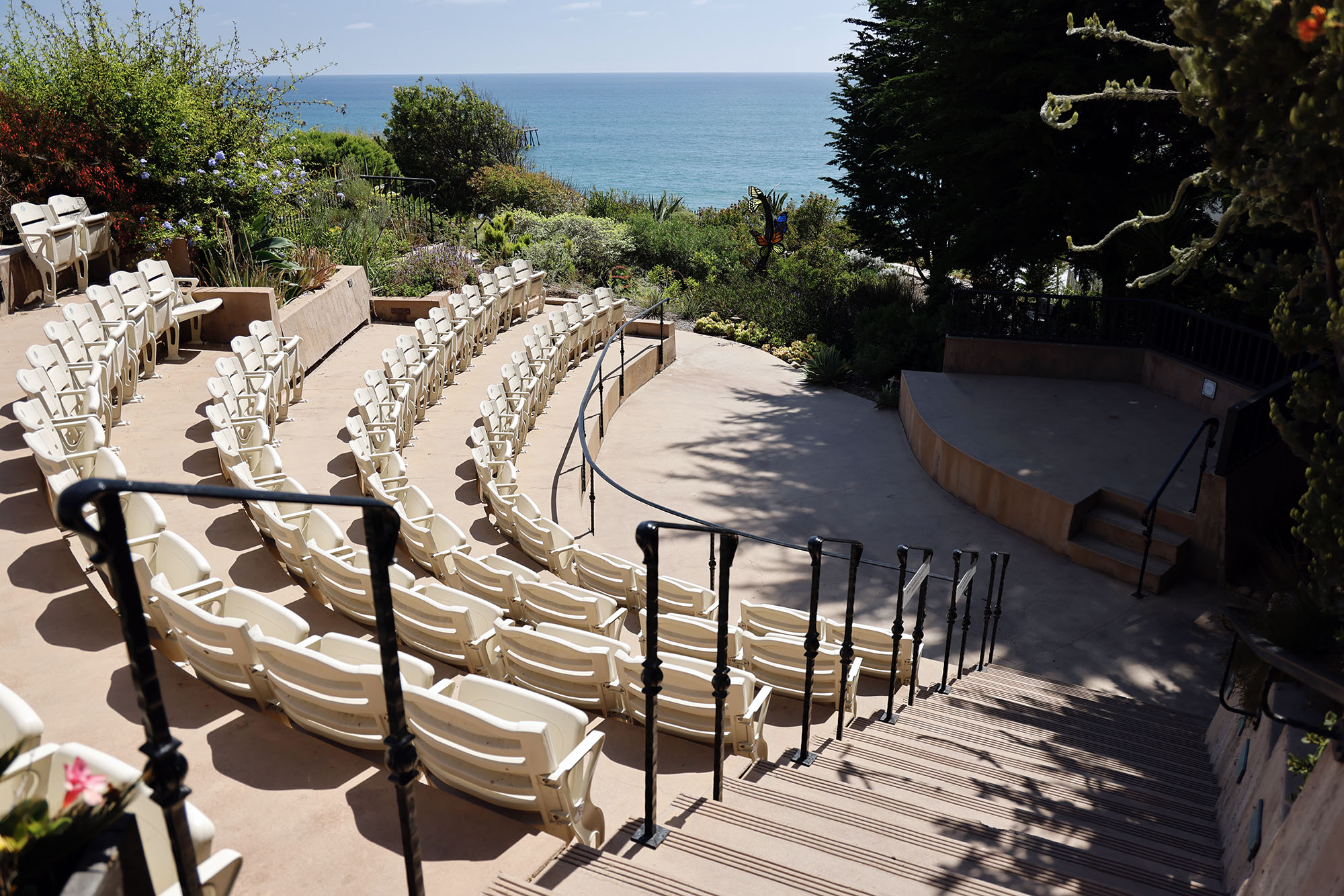 Featured Image: Pictured is the amphitheater at Casa Romnatica Cultural Center & Gardens. A City Council majority on Aug. 16 voted to create a new Citizens Committee comprising members of various nonprofits and performing arts groups who will be tasked with analyzing the feasibility of constructing a local amphitheater. Photo: Keaton Larson

San Clemente City Council voted to establish a Citizens Committee, involving numerous groups interested in the project, to analyze the feasibility of an amphitheater at its Aug. 16 meeting.

Councilmember Kathy Ward was the lone vote against forming the committee, citing that the efforts to construct such a structure would interfere with having land available to bring in a health care provider and a hospital or emergency room.

The discussion of the amphitheater was placed on the agenda by Councilmember Laura Ferguson, who stated she would like to see one in town as a place where the community could gather for plays, dance recitals, and public speeches.

She was also in favor of organizing a committee that would be “autonomous and innovative” and could look for sponsors to help fund the initiative.

“Even if the council decides to designate specific people, they (should) have public meetings because I think that the community would really embrace this,” Ferguson added.

She suggested that the committee could utilize the Friends of San Clemente Foundation, a nonprofit that helps fundraise for beaches, parks and recreation activities, as a recipient of donations for the amphitheater.

City staff recommended that members representing local organizations such as the Chamber of Commerce, the San Clemente High School Drama Department, and the Cabrillo Playhouse should comprise the Citizens Committee. Ferguson approved, and added that councilmembers could appoint others who they felt could serve the committee well and had an interest in the arts.

Ward did not think the city had the time to address the creation of a committee, especially considering the upcoming departures of herself and Ferguson from the council, as both will not run for reelection this November.

“We are circumventing Beaches, Parks, and (Recreation), and all of our procedures that we do with parks,” she said. “I just think this is going to be a huge amount of time and I’m not ready to appoint a committee now.”

Mayor Gene James didn’t have a problem with the concept of the committee going out and gauging the public’s level of interest. He added that he did not believe any public dollars would be used to construct an amphitheater.

Ward replied that any use of staff time on the matter equates to the use of money, which would have a negative effect given that the city does not have a city manager set to replace the outgoing Erik Sund.

The concept of an amphitheater would be a “fantastic and wonderful community amenity,” Councilmember Steve Knoblock said. He felt that beginning the process now would be appropriate and valid.

Mayor Pro Tem Chris Duncan also supported the idea and said there was significant community interest and support in the initiative, especially from the high school.

“Frankly, this has to be a community-led effort, but we can provide leadership in helping to organize the committee,” he said. “Then it’s up to them to generate funding and a plan, but I think we should (get) the ball rolling.”

A parcel of land located near Avenida La Pata and Calle Saluda that had been previously identified as a potential location for the amphitheater, had also been considered as a site for an eventual hospital and emergency room, according to Sund.

Sund added that when the council’s Hospital Subcommittee was looking for operators to use the land, staff listed the site within the city’s portfolio.

“Putting anything there and starting to look at that is killing our city ever getting a local provider for an ER and a hospital,” Ward said to her colleagues. “I would submit that (the amphitheater) is being brought up to circumvent that and prevent us from doing that. I will not vote for that.”

She added that it would be wrong for the city to “quickly” move on from the prospect of bringing a health care provider to town, and onto another project.

Ward felt that with the city being built out, there wouldn’t be numerous options for the amphitheater, which is why the parcel La Pata/Saluda parcel was reserved for a potential hospital.

James stressed that a hospital would not be a good project for the city to undertake, leading Ferguson to motion for approving the formation of a Citizens Committee.