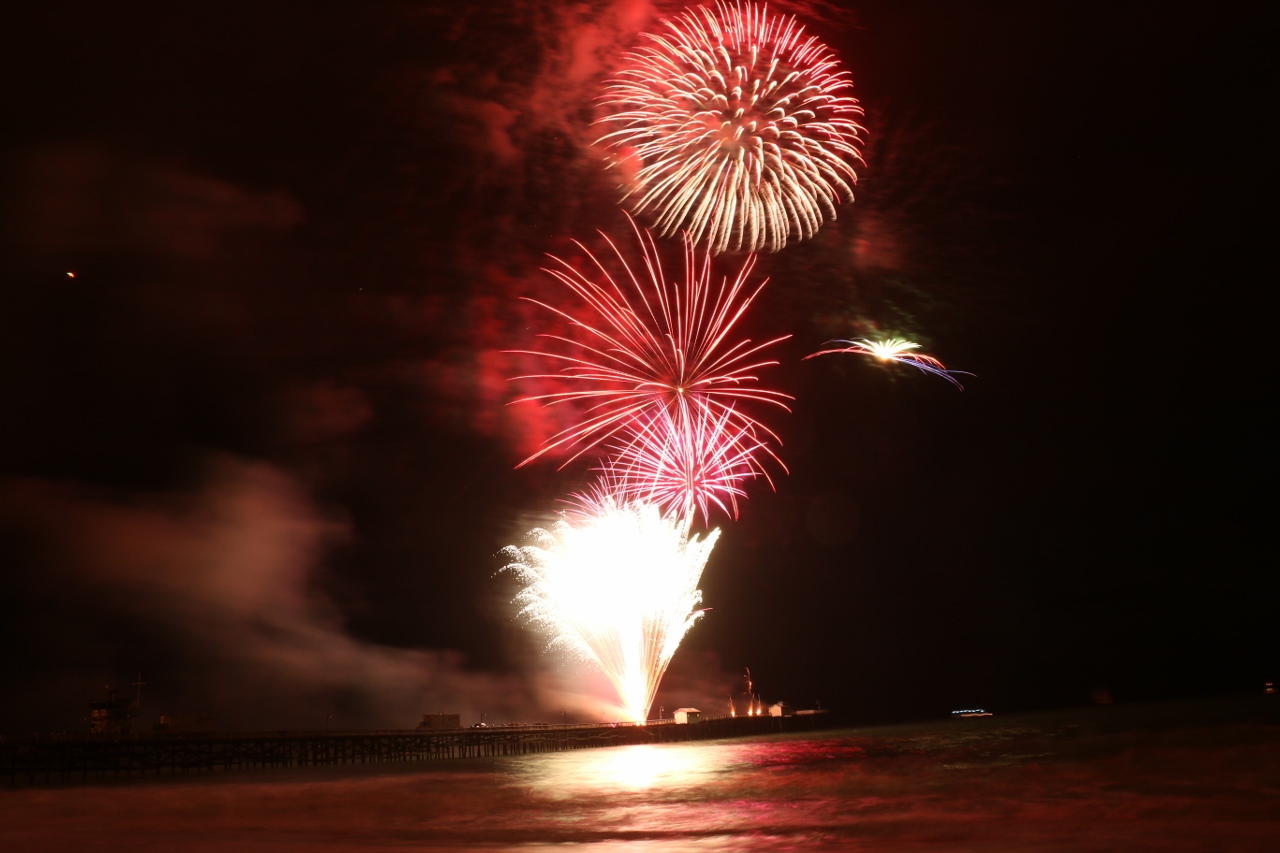 For a short while on Tuesday night, it seemed as if there was a glimmer of hope that the city’s Fourth of July fireworks show could be relocated back to the San Clemente Pier, as the city council directed staff to do everything its power to make it happen.

Those hopes were soon dashed, however, when San Clemente Police Chief Lt. Edward Manhart expressed grave concern to councilors that a decision to bring the fireworks show back to the pier this late in the process would pose a logistical nightmare for his deputy sheriffs.

“I have some serious concerns with relocating the fireworks show. Traditionally, it takes us approximately three months in planning,” Manhart said, noting that around May is when he begins recruiting the roughly 70 to 80 officers needed to patrol the annual event.

“In two and half weeks, I will not be able to do that. . . . You guys can choose to do what you want to do. You’re going to put me in a significant—a significant—problem,” Manhart later said, repeating himself for emphasis.

Though councilmembers were strongly supportive of upholding the city’s longstanding tradition to have the show remain at the pier, Manhart’s position prompted them to reverse course, keeping the fireworks display at the Vista Hermosa Sports Park this year.

City officials earlier this month announced that the city would not be hosting its annual July 4 fireworks celebration at the historic pier amid ongoing efforts to prevent mass gatherings and stem the spread of the coronavirus pandemic.

Instead, the city has planned to conduct the display from the sports park. Spectators, however, won’t be allowed entrance into the facility, though encouraged to watch from their homes, from the surrounding area or by tuning into the city’s YouTube channel.

After listening to public comments imploring the city to rethink its plans of moving the July 4 celebration to the sports park, councilors on Tuesday, June 16, directed staff to do what they can to bring the fireworks display back to the pier.

Acting Mayor Laura Ferguson noted that the city was coming up against the June 17 deadline for the fireworks vendor to file a revised application with the Orange County Fire Authority;  therefore, the council needed to make a determination that evening.

Councilmembers agreed to immediately agendize a discussion on the fireworks show, as many of them expressed strong support to move it back to the pier.

“Whatever we can do to move those fireworks back to the pier, we should do this evening,” Councilmember Gene James said.

Ferguson clarified that even with OCFA’s support, there was still a question of whether the Coast Guard would approve it.

“It wouldn’t be a definite go, because the vendor of course would need permission from the Coast Guard,” Ferguson said. “So that would be a hang-up, so we don’t know how that would turn out. But OCFA was very supportive of submitting a revised application.”

After a brief discussion on the matter, Councilmember Chris Hamm made the motion to direct staff to do everything in their authority to have the show continue at the pier, per the city’s annual tradition.

Assistant City Manager Erik Sund chimed in to state that Chief Manhart wanted to weigh in on that decision. At that moment, however, the lieutenant was having technical difficulties accessing the online meeting, which was being conducted via teleconference on Zoom.

When Ferguson suggested deferring the discussion to later in the meeting, until Manhart could join in, Hamm noted he already made his motion while adding that “whatever Lt. Manhart has to say, it’s not going to change my mind; I still want the fireworks at the pier.”

An elated Ferguson went ahead with the roll-call vote for the motion, which passed unanimously.

But a half hour later, Manhart was able to join the call, when he delivered a blow to the council’s motion, explaining the public safety risks and parking issues that are likely to arise from moving ahead without the proper planning.

“I assure you there will be no street closures, because we don’t even have the power to man those,” he said. Citing last month’s bioluminescence display in the ocean that attracted hordes of visitors to the beaches and prompted complaints from residents over parking, he added, “The Fourth of July will be 100 times that, and I will not have any staff members able to address those issues.”

“If that’s something the city council would like to do, I would like to be on the record that I cannot control the parking at the Pier Bowl, at T-Street, Linda Lane, all the parks,” he continued. “I just won’t have the staffing for that.”

When asked by Ferguson whether he perceived there to be any safety issues with not having the organized street closures—“just letting it happen organically,” she said—Manhart replied that with tens of thousands of people likely attending the event, one challenge will be having enough officers to respond to incidents.

He also said that a lack of road closures will pose a problem for OCFA, which will need to have access should incidents involving injuries occur.

Sund later explained that while more economic sectors were allowed to resume this past week in light of the state’s move into Stage 3 of the governor’s reopening plan, Stage 3 still prohibits large gatherings.

“That was the primary reason for relocating from the pier . . . so a large crowd wouldn’t gather at the Pier Bowl,” Sund said.

Highlighting the city’s plans for the fireworks display at the sports park, Samantha Wylie, the city’s recreation manager for the Beaches, Parks and Recreation Department, said that the firework shells this year will be smaller, but there will be more of them.

Wylie also addressed concerns from residents about viewing. According to Wylie, the show will be livestreamed on the city’s YouTube channel. She also said that staff has been going around the areas near the sports park to find spots where the fireworks can be visible.

“So while I understand there’s concern about possibly not viewing (the fireworks)  . . . you’ll still get some good viewing off communities along La Pata; certainly, there’s trail areas, some homes that will definitely get a good view,” she said.

As to why the park itself will be closed, Wylie said the parking lot and fields are in the fallout zone from the fireworks “and we have to be mindful that there’s no folks who would be impacted by that.”

Later, the council voted unanimously to reconsider their previous motion and continue the plan to have the fireworks at the sports park.

“I think we’re all very disappointed,” Hamm said before the reconsideration vote. “I agree that (the pier) is a very unique location. . . We’ve all grown up with the fireworks at the pier, but we are still in COVID-19 time, so we’re continuing to have to make sacrifices.”