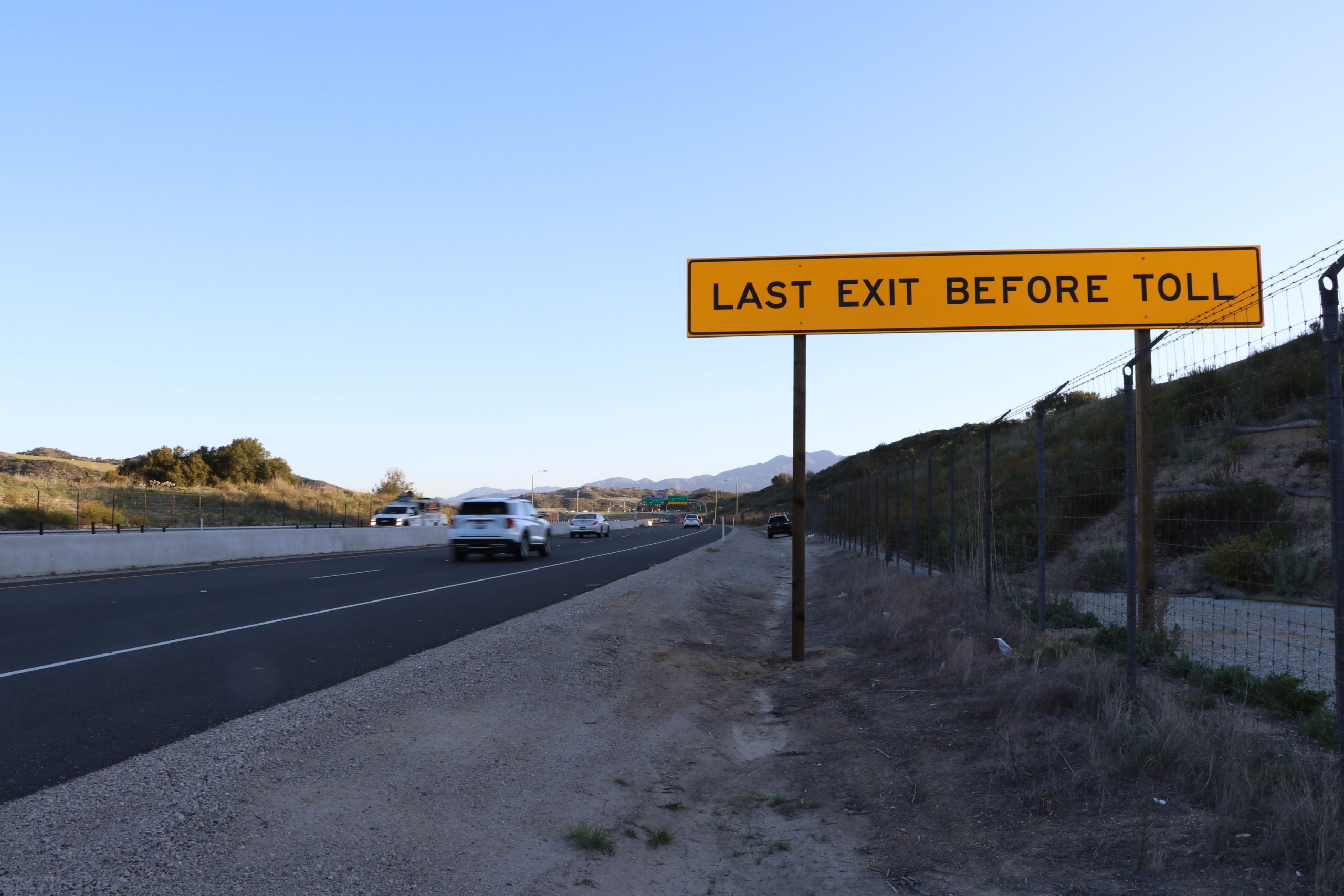 San Clemente and the Transportation Corridor Agencies will officially sever ties this July after the city council voted on Tuesday, May 18, to formally withdraw from the toll road operators’ governing boards.

The 4-1 decision, with Councilmember Laura Ferguson dissenting, will allow the city’s elected officials to walk away from the TCA’s boards of directors on July 1—a move that city officials hope will add another roadblock in any plans to extend the 241 Toll Road through town.

For Mayor Kathy Ward, a director on the TCA’s Foothill/Eastern board, which oversees the 133, 241 and 261 Toll Roads, the move was a long time coming, as the city’s faith in the agencies to pay off its debt and turn the roads over to the state has withered.

“In my six years on the agency, I see no adherence to the agreement and no intentions to paying these roads off,” Ward said. “As long as the boards continue to not pay off its debt, the taxpayers of Orange County will continue to pay tolls to use these roads that were intended to be part of the free state highway system.”

Tuesday’s council meeting followed a vote by the TCA’s boards of directors last week to grant the city’s request to waive the requirement that member cities must submit written notice to withdraw from the TCA at least 120 days prior to June 30, the end of a fiscal year.

Though the 120-day notice is a requirement under the Joint Power Authority’s agreement that established the TCA, “the Boards of Directors felt it was in the best interest of all parties to grant San Clemente’s requested waiver,” the TCA explained in a press release.

The council in early April voted to initiate the steps necessary for San Clemente to withdraw from the TCA as a member agency by directing city staff to draft the withdrawal notice, as well as to authorize Ward to request the waiver.

“San Clemente did not join this agency to perpetually charge tolls for a system that was meant to be free and perpetually incur more debt for our taxpayers for any future project the TCA can envision themselves to do,” Ward said.

Ferguson, who had also been a no vote in April, reiterated her position, explaining that San Clemente and its residents won’t have a voice, particularly on contentious issues that may arise. The city, she added, “can do more good from the inside.”

“If San Clemente withdraws its membership, we’re giving up our power, even to object, even if we lose every time,” Ferguson said. “We need to remain to protect our open space and the voice of our residents; I truly believe we need to represent the voice of the people here.”

Mayor Pro Tem Gene James currently sits as a director on the San Joaquin Hills TCA board that manages the 73 Toll Road. He stressed on Tuesday night that the city’s concerns are hardly considered, as he and Ward consistently get outvoted by an overwhelming margin.

“We’ve tried to play nice with them, collaborate with them, but there’s a contingent of the TCA that’s just hell-bent on building a toll road through San Clemente,” James said.

This all comes as many local officials have grown increasingly leery of the TCA’s previous commitment to pursue an extension of Los Patrones Parkway as a free arterial route, instead of its hotly contested proposals to connect the 241 to the 5 freeway via San Clemente’s open space.

Suspicions that those plans to extend the 241 still remain on the table stem from the TCA voting this past March to oppose state legislation by Sen. Patricia Bates, who’s looking to have the toll road end at its current terminus at Oso Parkway.

TCA officials have maintained that there are no plans to construct a toll road through the city.

Concerns escalated locally after a working group comprising members of the Foothill/Eastern TCA board last month drafted a controversial policy that proposes to allow future boards to call for a study of extending the 241 or improving Los Patrones if certain “triggers” or metrics occur.

The Foothill/Eastern TCA board discussed the proposed policy during a meeting late last month. Directors opted to have further talks and make amendments to the policy by involving more stakeholders to provide input.

In addition to the council’s vote to begin exiting from the TCA, it also approved plans to further the process of ending the development impact fees (DIFs) that the city collects from property owners of new developments and pays to the TCA.

The city has argued that San Clemente’s residents haven’t benefited from a toll road because the TCA never completed its southern alignment of the 241, which was initially intended to connect to Interstate 5, south of San Clemente.

The TCA on May 13 said the city is still on the hook for paying its share of the DIFs, as those coffers are earmarked for the agencies’ bond obligations.

“While San Clemente’s withdrawal would mean it will no longer have city council representation on either of the TCA’s two Boards of Directors, certain obligations under the Joint Exercise of Powers Agreements will remain,” the TCA said in the release.

City Attorney Scott Smith on Tuesday explained that while the TCA has yet to provide the city with an accounting of what’s owed, he agreed with the agencies’ other finding “that going forward, the TCA cannot issue new debt that requires San Clemente to pay it.”

Editor’s Note: This story has been updated following the city council’s May 18 meeting. An initial version of this story, following the TCA’s vote, was published May 13.