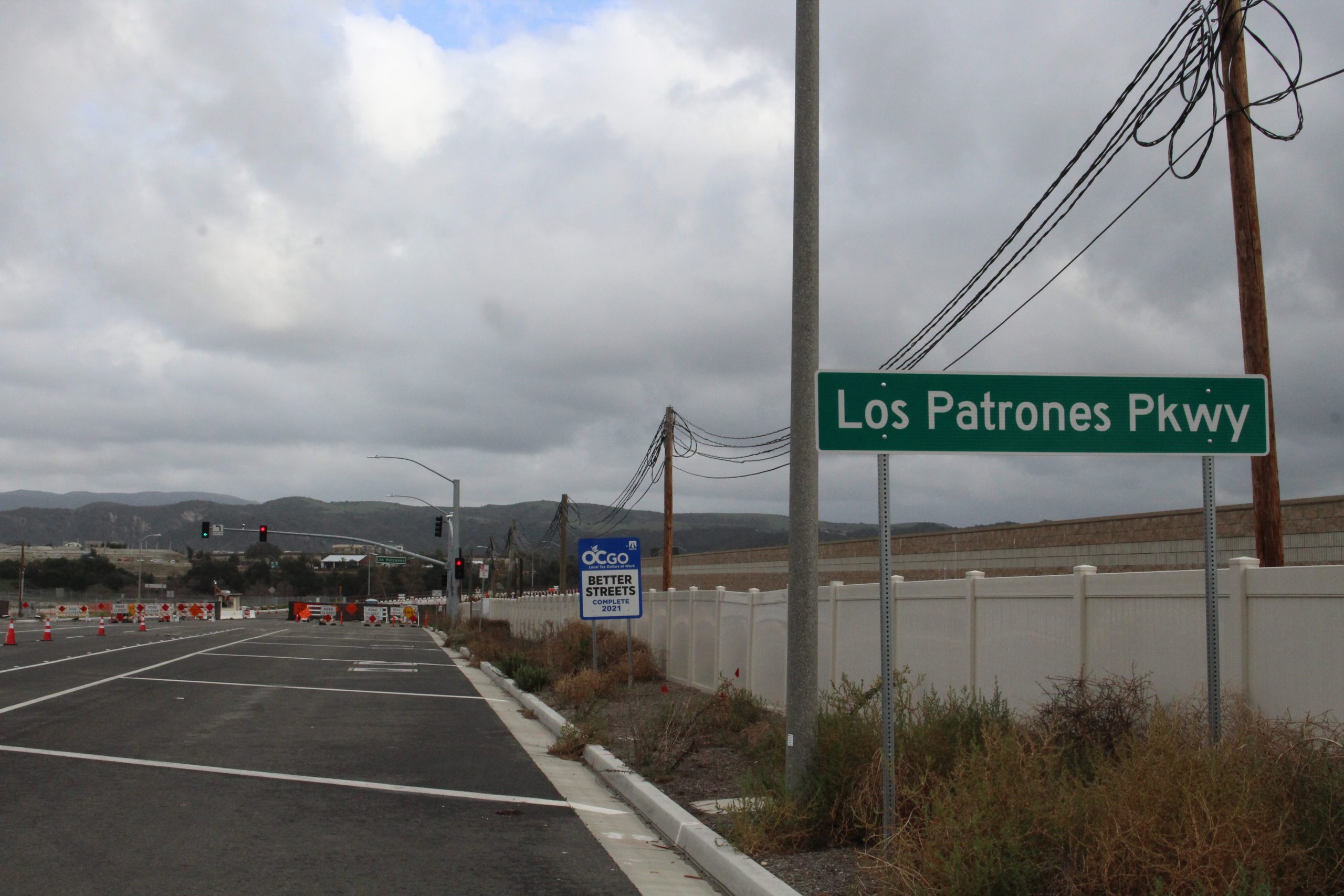 Orange County Public Works, the lead agency for the project to extend Los Patrones Parkway, recently completed a step to gather background about future vendors and contractors, and expects by the fall to move into the next phase.

That phase, known as Project Approval (PA) & Environmental Document (ED), will determine the project’s scope and lead to the design phase.

The project is one of three initiatives that are listed within the South County Traffic Relief Cooperative Agreement, comprising the City of San Clemente, the County Board of Supervisors, and the Orange County Transportation Authority.

OCTA’s executive board voted to join the agreement in October 2021, after the former two parties had done the same in September. The agreement effectively prevents the county and OCTA from building or supporting the construction of a major thoroughfare such as a toll road extension through San Clemente.

The planned connection between Cow Camp and La Pata will include a roughly 700-foot stretch of road within the San Clemente city limits. The City Council a year ago this month approved an amendment in San Clemente’s General Plan recognizing the extended Los Patrones.

OCPW’s recently completed phase, a Request for Qualifications, was designed to receive proposals from respondents for the PA & ED phase, which the organization anticipates will take two to three years, according to strategic communications officer Shannon Widor.

The PA & ED phase consists of “preliminary engineering” that will include a project report with an investigation focused on multiple factors, including geotechnical and utility, a design survey, and a cost estimate.

“These studies typically take six months to a year to complete individually, and some are required to occur in sequence, which causes this phase to occur over multiple years,” Widor wrote in an email. “To slightly accelerate the process would require an increase in resources and project cost.”

The initial construction of the 4.5-mile parkway took four years to complete, and the Avenida La Pata extension project that connected San Clemente to San Juan Capistrano, also managed by OCPW, was started in 2014 and completed in 2016.

Widor added that factors including funding, environmental elements, and regulatory approvals can affect the length of a given project.

OCTA’s Measure M2 Regional Capacity Program will support the PA & ED phase, with matching funds coming from both the county and Rancho Mission Viejo. OCPW has not secured the funding for the subsequent phases.

According to Widor, the process of securing the money for a large roadway project is a “difficult task,” and that the county will need to apply for competitive grant programs.

Nardy Khan, OCPW deputy director for infrastructure programs, previously told the City Council in February 2021 that the cost estimated during the concept phase was around $240 million.

Due to the project being in its early stages, OCPW has not yet identified any pressing environmental concerns, but they are aware that they must move with caution.

“A major priority for the County with any infrastructure project such as this is ensuring the proper environmental process is followed and all of the necessary permits are received before construction starts,” Widor wrote.

The environmental factor that could be impacted the most by the extension is local wildlife, according to Jack Eidt, a Southern California-based urban planner and environmental journalist.

In an area sandwiched between Camp Pendleton and the growing sprawl of Rancho Mission Viejo extending into the mountains, animals such as deer, coyotes, and bobcats could be closer to losing their access to the hills near the coast.

“When people keep moving into these foothills, it displaces that wildlife even more, so we need more protected land,” Eidt said.

Widor added that, as the overall lead for this project in partnership with Rancho Mission Viejo, the county will keep the public informed through various methods such as a project website and social media updates, regular project notices and potential public meetings as the project progresses.

Mike Balsamo, RMV’s senior vice president of governmental relations, expressed excitement for the project, as the community focuses on opening its newest development, the Village of Rienda.

“It was positive to see both the City of San Clemente and County of Orange take actions endorsing Los Patrones Parkway Extension in 2021,” Balsamo said. “The community support for the project continues to be encouraging, and we look forward to learning more as the County design process ramps up this year.”