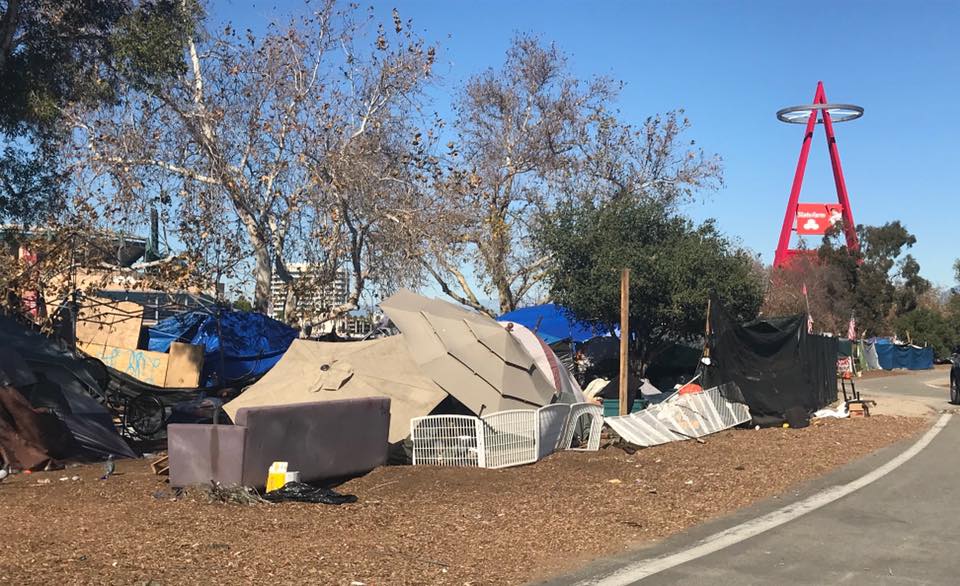 As the Santa Ana riverbed in Anaheim is cleared of homeless individuals, some hotels and motels in San Clemente have been contacted by Orange County Health Care Agency (OCHCA) employees seeking rooms to house the displaced people.

About 400 people who were living in the riverbed were ordered out by U.S. District Judge David Carter on Feb. 14 after an agreement was forged between Orange County Catholic Worker and the County of Orange in which the county would pay for a minimum of 30-day stays in hotels and motels throughout the county. The cities of Anaheim, Orange and Costa Mesa are working with the county during this effort.

Jennifer Nentwig, an interim public information officer for Orange County, said homeless people from the riverbed were assessed by OC Healthcare Outreach to understand their needs and offer resources available, and that includes food vouchers during their stay.

The 30 days count toward total days of living at a motel or hotel.

The efforts by the county have caught some people in San Clemente off guard. City officials said they weren’t given notice of the move.

“I got a call on Tuesday from the county; someone was curious as to how many rooms were available, and he asked if we had rooms for 30 days…some are for families and some for individuals, and he said it’s for the riverbed,” said Alexandra Shaw, an onsite manager of Oceana Boutique Hotel.

Shaw said the hotel needs state-issued identification to book people to stay with them, but she said she had concerns and wasn’t prepared to take on several people who were now being evaluated for permanent housing or other services. The owners of the hotel don’t live in the area full-time and are currently out of the country, Shaw said.

“We deal with enough as is, and it would be an awful thing,” she said. “I’m all about giving people help, but there are a lot of safety concerns. We have guests come from around the world and they wouldn’t be happy or pleased with having to be next to people who just got off the streets. I can’t manage it.”

Safety has been the key issue for many people in San Clemente. On Feb. 23, an altercation occurred between two homeless people and a bicyclist in the Santa Ana riverbed that left one person dead and one hospitalized, according to Orange County Sheriff’s Department (OCSD).

There’s also the issue of the city’s lack of services, without a full-time hospital or a current shelter. San Clemente went through a three-year process to satisfy a lawsuit related to its lack of zoning to accommodate an emergency or homeless shelter.

There seems to be a trend with the businesses contacted to house the homeless. Larger hotels in San Clemente such as The Volare and the San Clemente Inn said they had not been contacted by the county, neither had Comfort Inn Suites. A couple other small hotels declined to comment due to their own privacy policies.

Smaller hotels and motels on the less expensive end, primarily, have been sought.

Kate Tarr, manager at The Patriots’ Boutique Motel, was another location contacted in San Clemente.

“Somebody called us looking for motels that will offer monthly rates, and right now we are maxed out on monthly,” Tarr said. “I was in the dark about what was happening. It’s a hard situation. We’re only 15 rooms and we have four or five rooms rented now, families who move here and are finding a place because it’s hard to find apartments. They are in transition and they may be here for a few months.”

Tarr said she would have no problem housing people who are looking to stay for a while and find permanent housing, if space was available, and like most hotels, she does require a deposit upfront.

“We try to do the best for the community,” Tarr said.

Backlash from community members has already hit one motel operator in south San Clemente. Jared Nichols, the manager of C-Vu Motel in San Clemente, said he was contacted by someone who asked if he was accepting people from the Santa Ana riverbed, but it wasn’t a county official.

“I said, ‘well if they pay, then sure,’” Nichols told the San Clemente Times. “We have a woman who is technically homeless right now who has been here for a week. The caller took that (to mean) we were housing four homeless people, and for those three days, we received threats and people making claims on Facebook. This has all been so crazy. We don’t accept vouchers, and all of our bookings are done online or with a credit card. That’s our standard.”

As of 2 p.m. on Feb. 26, OCSD stated all homeless people had been cleared from the Santa Ana riverbed. The county is now scrambling to find places for the homeless population after the riverbed was cleared out. As the shelters for homeless people are constantly packed, it may take some time before things are sorted out.

“The plan for the next 30 days is that county outreach workers will conduct assessments for the most appropriate resources,” Nentwig said. “The OCHCA…the lead on the behavioral health services staff is going out and assessing the most appropriate resources in the system of care: permanent supportive housing, recuperative care, substance use disorders treatment, existing shelters the county runs. The county is looking everywhere in the borders.”

Locations and names of places where the homeless are being transferred would not be released by the county in order to protect the privacy of the individuals, Nentwig said.

Susan Price, the Orange County director of Care Coordination who has been leading the efforts to relocate the homeless, released a letter on Feb. 26 regarding the issue. The entirety of the letter can be read by clicking here.

Before press time on Wednesday for the San Clemente Times, Supervisor Andrew Do sent a tweet about the county’s plan to turn an existing building into a mental health facility in the next two years.

Held a press conference on the County’s purchase of what will be the first publicly-owned #mentalhealth facility in Orange County. Now that we’ve dismantled the encampment along the riverbed it is crucial we invest in long-term solutions for #homelessness https://t.co/lENtpdCym2 pic.twitter.com/Ykw9QrvCGT