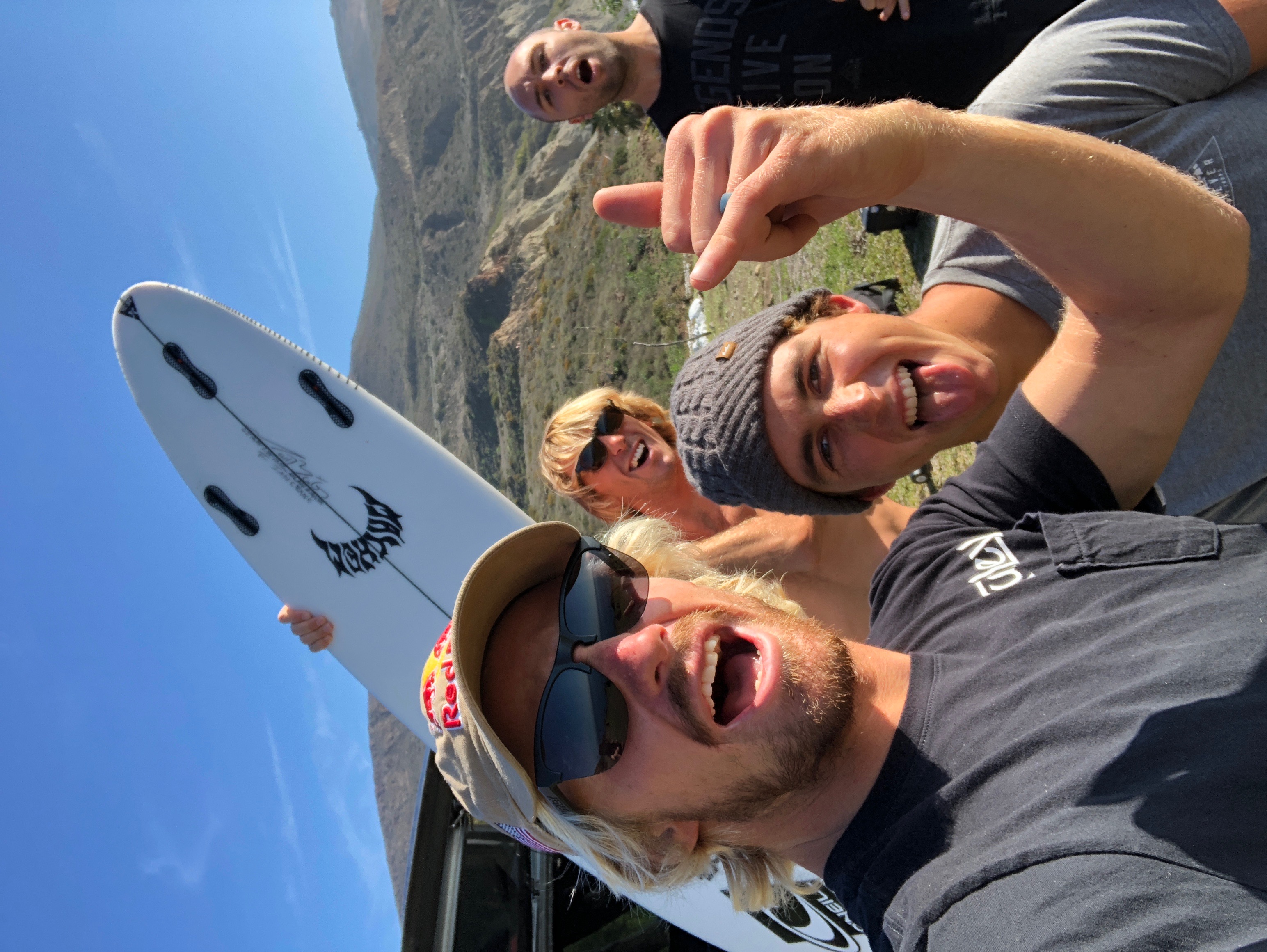 Crane is on a Roll

It’s good to be Ian Crane these days.

San Clemente’s Ian Crane isn’t on the WSL’s Championship Tour like his friends Kolohe Andino and Griffin Colapinto, but that hasn’t stopped him from climbing to the top of the professional surfing game.

At the beginning of October, Crane went to France to compete in the Red Bull Airborne competition. Featuring the best aerialists from around the world, in heavy beachbreak conditions that looked like State Park on steroids, he won. And on the heels of the biggest victory of his career, last weekend he premiered his new video project, Beach Head The Movie, at Lost’s Catalyst surf shop in San Clemente.

“I was super-psyched to have it there, because that’s where they used to have old parties and bands and stuff,” Crane said in an interview with San Clemente Times last week. “My house was right up the street. It’s the best vibe place for me to do something in town, so I’m super-psyched that they let me have it there.”

In the grand tradition of surf movie premieres, Crane invited a couple of bands to come rock the parking lot. They had piñatas going and, to be sure, a good time was had by all.

“There’s a ton of ‘rad’ kids in San Clemente that are psyched to just go to something. I know when I was a kid, I was psyched to go to anything,” Crane said. “This isn’t some crazy production; it’s only 15 minutes long, but it’s the perfect amount of time for somebody to hang out.”

On Saturday night, Crane and company took the show on the road to a gallery in L.A. for another premiere. The next morning, he jumped on an airplane to go compete in the Vans Pro at Sunset Beach on the North Shore of Oahu. The surf was forecast to be in the 10- to 20-foot range thanks to the first big northwest swell of the season.

“Two premieres back-to-back, then who knows what’s going to happen at Sunset? . . . I hope I survive,” Crane said, laughing. “It’s been a long time working on the film, and there have been some ups and downs, so I figured it would at least be cool to have a party when it’s done instead of throwing it on the Internet and it’s gone in a day.”

For Crane, Beach Head is the culmination of a year’s worth of surfing around the world. Besides showcasing his own supernatural abilities in the water, the film also features his friends Griffin and Crosby Colapinto, Kolohe Andino and Luke Davis.

“I was surfing a bunch and had all these clips on this hard drive, and then lost them all when the hard drive crashed,” Crane said. “So then I got them all recovered, and once they were recovered, I figured I should make something cool with the footage. That was a couple months ago.

“I went on two different trips where I paid a filmer to come along with me. It was all out of my own budget, which is different than a company trip or a contest trip, so with all this money I’d put into getting clips, I didn’t just want to throw it down the gutter.”

But the film project isn’t just a one-and-done thing. Crane sees it as the beginning of something new, not just a catalog of video clips. With friend Gabe Garcia, the two are endeavoring to create a surf brand of their own. Like the film, they call it “Beach Head.” They recently launched beachhead.fun online and are excited about creating some beach-friendly products in the near future.

“We don’t want it to be like a clothing company, but just something weird that does beach kit stuff—umbrellas, coolers, that kind of stuff—so you can have a killer beach setup,” Crane said. “We don’t really have anything up there (online) yet; we gotta make some stuff, but I have stickers and T-shirts to go with the video. Hopefully, with all this stuff comes more. Even if it fails and it wastes my money making stuff, at least I’ll have gotten an education on how to do something other than surf.”

Whatever happens, surfing is working just fine for Crane these days. He’s at the top of his game and is doing it on his own creative terms. There’s a lot to be said for that.