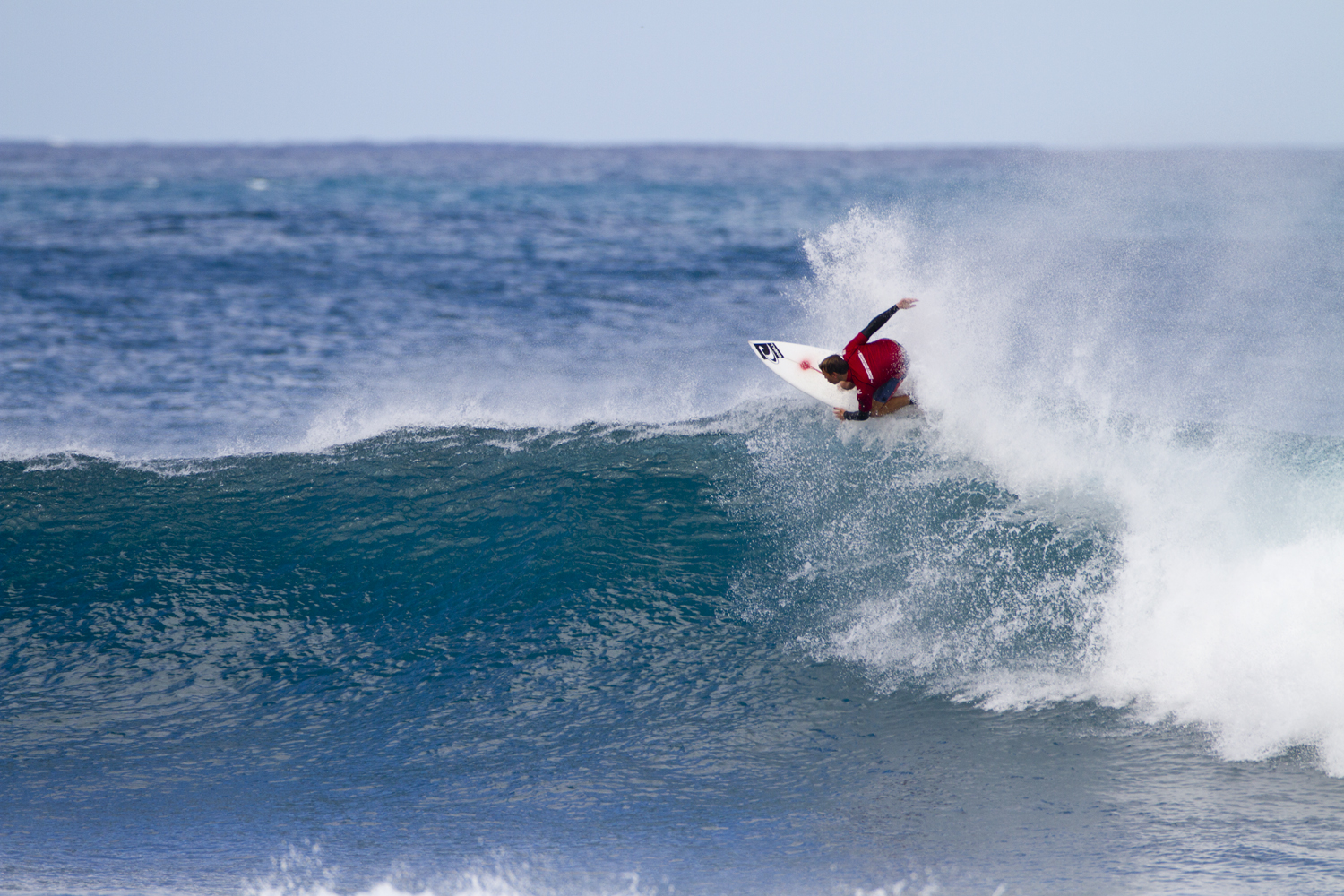 The Association of Surfing Professionals event gathered a group of more than 100 of the world’s best junior surfers under the age of 21 to compete at the iconic North Shore break.

The competitors were treated to perfect 6- to 8-foot waves that kept building through the semis and into the afternoon finals.
Crane said he was so grateful to have made the final—his first ever in pro junior competition—that he wasn’t really feeling much pressure or nerves as he paddled out.

“I was just happy to be surfing in the final,” Crane said. “I got the wave that ended up being my back-up early, then during the middle of the heat I just kept catching waves and falling.”

As time ticked off the clock, Crane said he was so focused on what he was doing out there he wasn’t really thinking about much else besides putting himself into position for a second good wave.

“I didn’t have much time to think because the lineup is so big at Sunset—it’s constant paddling and looking for waves. I was never really sure what place I was in, so I just kept trying to better my first wave,” he said.

In the final minutes of the heat, Crane said he found himself the farthest surfer on the outside when he spotted the wave that would offer up his winning ride.

The judges awarded him a score of 8.50 (out of 10) for the win but Crane returned to the beach not knowing he had pulled it off.
“I didn’t really know I won until I got to the beach because I couldn’t hear scores out there. Kolohe (Andino) was caddying for me and when I got the beach he told me he thought that I won, but I wasn’t too sure,” Crane said.

“I couldn’t really believe it was true at first. When it sunk in, I was just so happy. It seemed like everything finally came together for me.”

Crane said he will enjoy the moment and then refocus and move on to the next challenge.

His goal for the season is to finish among the top 4 of the ASP Pro Junior ratings and earn a spot in the World Junior competition. He will also continue surfing ASP Pro qualifying events hoping to place in the Top 100 in the One World Rankings, where he is currently ranked at number 164.

Crane will be coming home Friday for a four-day break before heading to Puerto Rico for seven. This is just the beginning of a busy schedule that will keep him traveling for the majority of the year, he said.