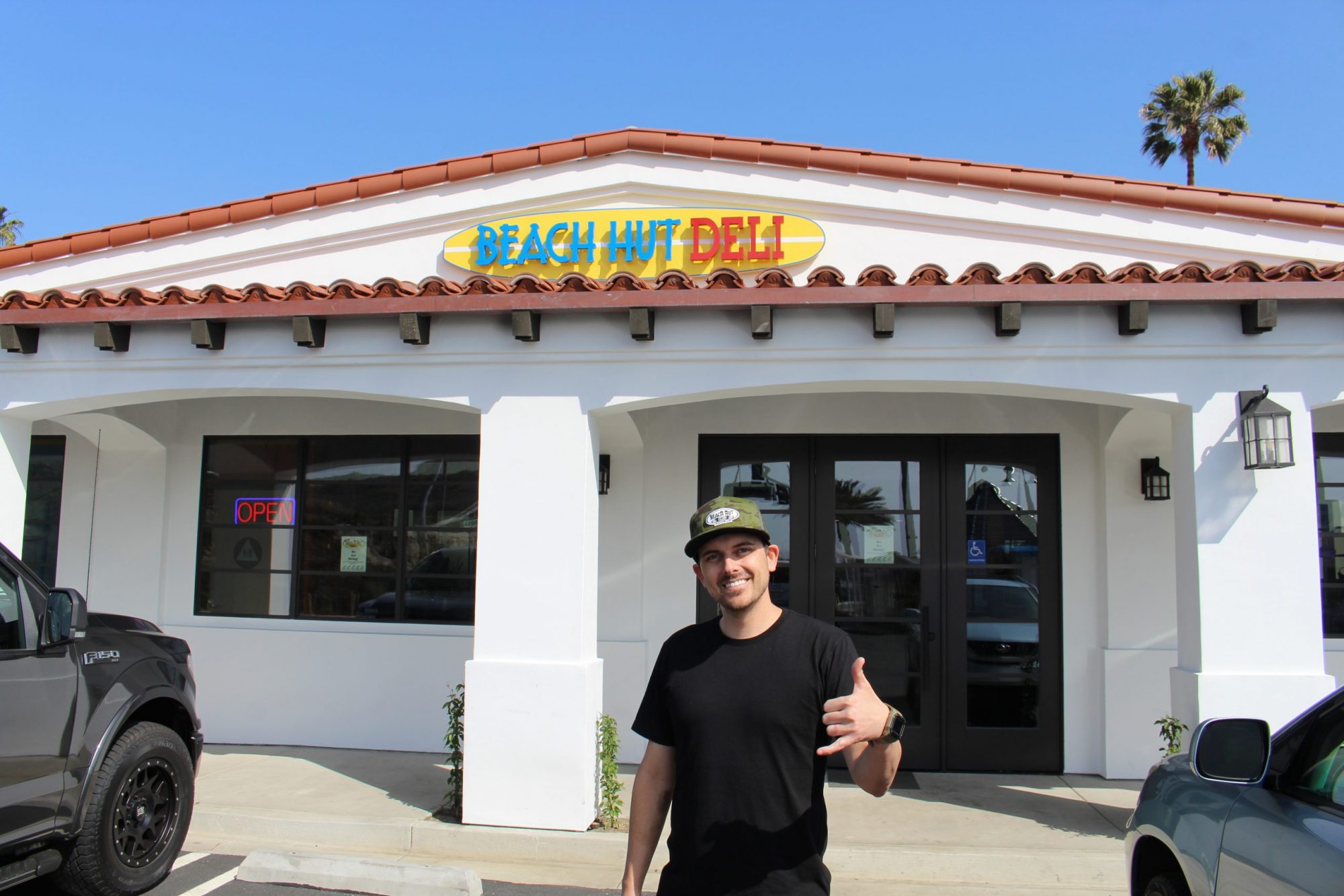 Local restaurateur Bud McIntosh opened his third location in late April, and it has been flooded with customers who have been eager to finally make their way inside the building. Through the busyness, the owner has been relieved to make it through a lengthy, yearslong opening process to finally focus on just the food.

An Orange County native and lifelong SoCal resident, McIntosh opened his first Beach Hut Deli franchise in Mission Viejo 10 years ago, after studying business in college, without any experience in the food industry.

He was drawn to the chain by a friend, and he has had consistent support from the start.

“(My) mom, dad, my wife, and Jesus Christ,” said McIntosh with a laugh of what has kept him going.

After opening his second location in Dana Point, he turned his eyes to San Clemente to find what he believes is the most iconic version of any of the 40-plus Beach Hut Delis, given its close proximity to the ocean.

“It’s the best location in the world,” McIntosh said.

As he used to spend summers in the city while growing up, he said it is incredible to be part of the North Beach Historic District, an area actively seeking to revitalize.

The deli has also received strong support from the community, which is everything when it comes to restaurants, McIntosh said.

Even without prior knowledge in making Beach Hut classics before starting his first franchise, he said that he now loves the practice and that it is nowhere near a chore to make sandwiches.

“What we put out, I stand behind fully,” he added.

A positive part of the job also includes getting to see customers’ reactions to food once they receive it and after they take a bite.

That positivity is a factor McIntosh emphasizes, as well as the friendliness, helpfulness, and energetic nature of his staff.

“We need as much energy as possible,” he said, especially as they prepare for the upcoming summer rush.

McIntosh added that he is grateful to be a part of a city he loves, in what he calls the “most beautiful city by the sea.”