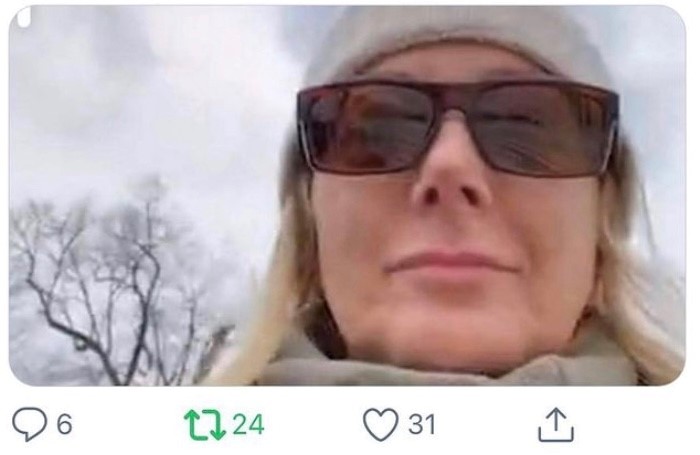 Kristine Hostetter was allowed to resume teaching her fourth-grade class last month, after an investigation into whether she had any involvement in the Capitol riot on Jan. 6 found no evidence of her engaging in “unlawful activities,” according to Vista Del Mar Elementary.

In a March 13 letter to parents, school principal Troy Hunt said Hostetter would be returning to the classroom to teach on March 15, concluding the administrative leave on which she was placed while the personnel investigation occurred.

“During my many visits to the classroom during her absence, children have shared with me how much they miss her and want to see her return,” Hunt wrote in the letter. “Upon return, her focus will continue to be to provide a safe, positive and professional learning environment for your children.”

For those in the educator’s corner, the investigation confirmed what many have long maintained—that she participated in the rally but did not take part in the storming of the Capitol while Congress was certifying President Joe Biden’s Electoral College victory.

Hostetter came under fire from students and parents at the start of the semester when social media videos and photos surfaced of her attending the pro-Trump march in Washington, D.C. with her husband, Alan Hostetter, a nationally recognized conservative activist.

The demonstration, which attracted thousands of the former President’s supporters, turned violent when rioters stormed the Capitol building, resulting in five deaths including Capitol Police officers.

The social media posts in question had originated from the Instagram account of the American Phoenix Project—the far-right group Alan formed that has organized anti-lockdown protests and mask-burning rallies, as well as helped fund a rally in front of the Supreme Court on the eve of the pro-Trump march.

In the posts, Kristine is seen marching alongside Alan and participating in the rallies, but none show her during the insurrection. In another, since-deleted video from the account, Alan appears to be recording the mob from the terrace of the Capitol building.

The Capistrano Unified School District placed Kristine on administrative leave after the student-led group CUSD Against Racism pointed to that video and called for an investigation to determine whether she had participated in the insurrection.

According to Hunt, the district hired an independent, third-party investigator to look into the matter. The investigation found no “evidence that Mrs. Hostetter participated in unlawful activities during her visit to Washington, D.C. on January 5-6, 2021.”

While Kristine has faced backlash from many in the community since attending the march on the Capitol, she’s also received considerable support from other residents who have come to her defense, arguing that she merely marched peacefully.

“What Mrs. Hostetter believes in has nothing to do with what an amazing teacher she is,” the group Parents for Teachers’ Rights said in an online petition to support Kristine. “She has freedom of speech. If the district starts disciplinary action based on people’s beliefs/politics, what’s next?”

The group collected about 2,960 signatures for its petition on Change.org.

CUSD Against Racism, which formed last summer amid the wave of mass protests advocating for racial equality and police reform, had also created a petition, asking the local community to join its call for the investigation.

According to the petition’s page on The Action Network, more than 6,420 signatures were collected.

“We started this petition after we saw the news that this CUSD teacher had been to the Capitol … We saw people’s outrage, and there were just a lot of reposts saying, ‘How can this happen?’ and ‘What is CUSD doing about it?’ just drawing a lot of attention,” group members had previously explained to San Clemente Times. “And then we just didn’t see a lot of call to action, so we thought that’s where our petition could come in.”

On Monday, April 19, the group said it respected the results of the investigation, and was glad to hear that no criminal activity was uncovered.

“We support free speech and the teacher’s right to protest,” the group said. “We respect the results of the investigation. Our petition merely called for the investigation to see whether any criminal activity occurred.”

The student group, however, remains concerned with the parameters of the investigation, and question whether the investigator looked into Kristine’s ties to the American Phoenix Project, of which she is reportedly listed as its chief financial officer.

“The problem is, we’re unsure if the investigation that the district did actually looked into the ideologies and whether those beliefs can translate into the classroom,” the group said.

According to Hunt, Kristine had asked that he include the brief details of the investigation’s conclusion in the letter. He further noted that she “will not be able to discuss any information regarding her absence.”

Kristine and Alan have received national media attention in recent months. Multiple outlets have put the spotlight on Alan, but earlier this month, the New York Times published a front-page feature story on Kristine and the controversy over CUSD’s investigation.

Speaking with the NY Times, 18-year-old Esther Mafouta, a founding member of CUSD Against Racism and a former student of Kristine’s, touched on her time in the teacher’s classroom. The freshman at Columbia University had warm memories of Kristine’s class and didn’t recall being mistreated as a Black student.

However, “maybe I didn’t notice it because I was so young,” Mafouta had told the NY Times. “Maybe it affected how she viewed me and my other peers of color.”

Mafouta later touched on what it meant to see her former teacher attend the rally at the Capitol, where rioters had waved Confederate flags.

“The Confederate flag was flown in the Capitol for the first time in history. That kind of speaks on the insurrection in general,” she had said, adding, “Kristine Hostetter is affiliated with that movement. We don’t know if she reflects those values, but that is something that is of grave concern to us.”

Expounding on her comments with SC Times, Mafouta said there’s a concern among the student-led group as to whether Kristine’s teaching in the classroom is influenced by the ideology of the American Phoenix Project, which has shared ties with QAnon and has also referred to the 2020 election as a “war.”

“That’s concerning, because she’s teaching students of color and they need to be in good hands,” Mafouta said. She added that while “nothing ever happened to me that was bad in the class … you never know how extreme viewpoints can affect a classroom.”

The local clash over tying one’s job performance to their personal beliefs and whether they should be held accountable for holding such views has only fueled a national conversation over so-called “cancel culture.”

“The correct answer is no, as much as I disagree with just about every political opinion Kristine Hostetter is known to hold,” Olen wrote regarding whether Kristine should be fired. “That many think otherwise speaks to the tenor of our times, when people across the political spectrum are increasingly intolerant of the beliefs of those who differ with them.”

Asked for her thoughts on the matter and whether it relates to the issue of “cancel culture,” Mafouta said the group’s position on Kristine and its petition had nothing to do with canceling the teacher.

“We only called for an investigation to happen. I think that’s what people are forgetting,” she said. “We did not call for her removal unless criminal activity did occur … I really don’t think that’s cancel culture. That’s due process; that needed to happen.”

As of this posting, Kristine had not responded to a request seeking comment. CUSD would not comment or provide additional details on the investigation, citing “general practice.”