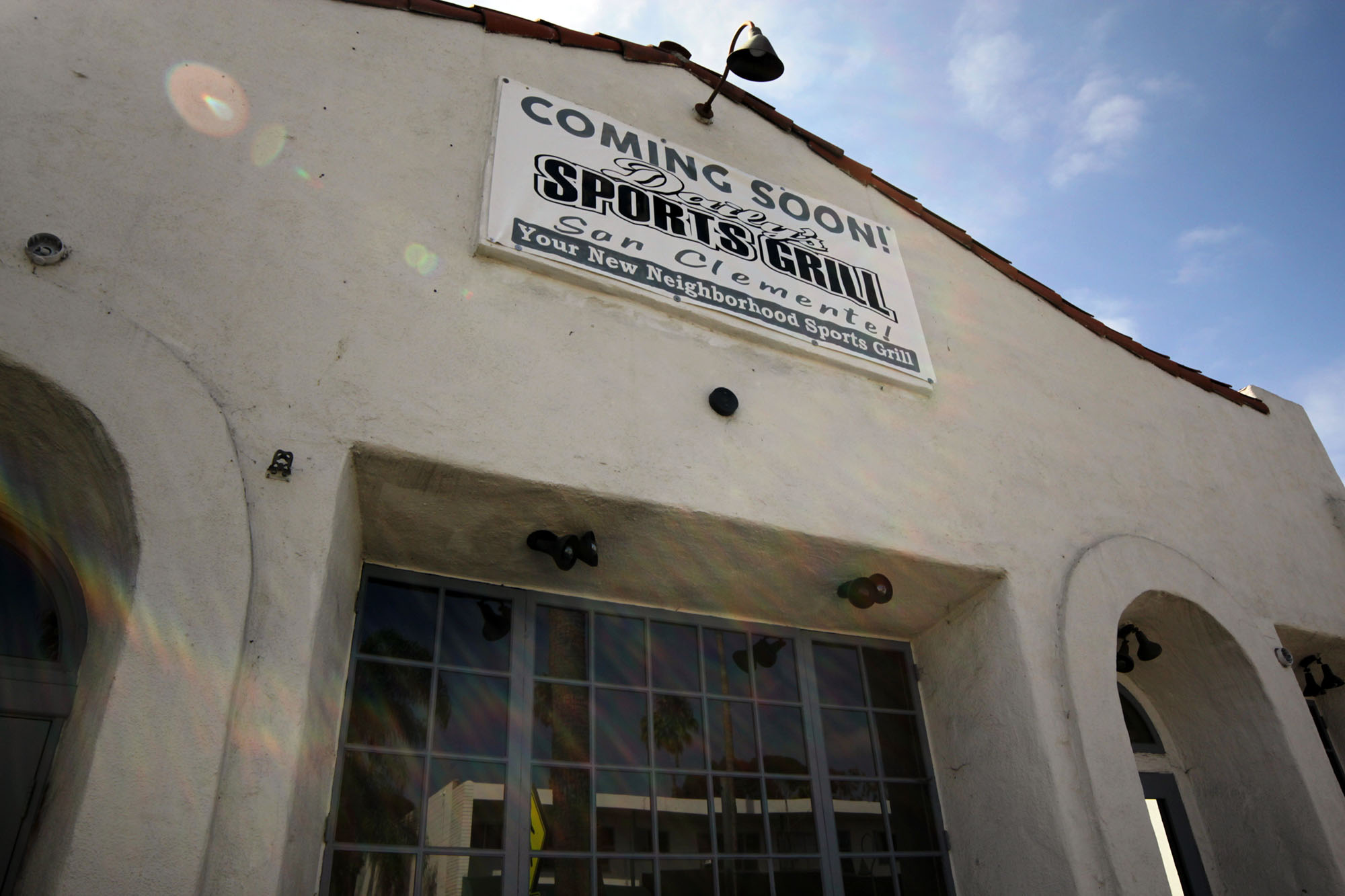 In the coming months, San Clemente will soon welcome a new sports bar to the area of downtown colloquially referred to as “The Triangle.”

Last month, the owners of Daily’s Sports Grill, which has built a following in Rancho Santa Margarita over the past 26 years, signed a lease to take over the building that housed the local favorite Duke’s in San Clemente.

After more than a decade, Duke’s, a popular hangout for sports events and late-night dancing, closed its doors this past winter when rent negotiations between the lessee and property owners fell through, the San Clemente Times previously reported.

Steve Vlahos, who co-owns Daily’s with his wife Carrie Vlahos, said they chose San Clemente to open a second location, believing the city meshed with the bar’s brand of being community-oriented.

“We really fought hard for this building,” he said. “It fits our brand, and we’re very community-oriented in RSM; we just fit in, it’s a pedestrian city, it’s a tight-knit city with a lot of locals. We just think it really fits into the brand.”

In RSM, Vlahos added, Daily’s has become involved with a lot of the local sports programs and charities, making the bar quite successful.

“We’re involved with all local (sports) programs and charities that we come across that we can benefit,” he said. “The model has made us quite successful out there in Rancho Santa Margarita.”

Currently, Vlahos said, they’re touching up the former Duke’s building, making minor renovations such as putting a fresh coat of white paint on the exterior and revamping the interior with more surfer-beach colors such as light grays—“something that blends in with the city.”

He also said that they’re looking to essentially create a Daily’s 2.0 for San Clemente.

“We have a blank canvas to work with, so this will be a Daily’s 2.0 and be everything we wanted to do but couldn’t do at the first one,” he said.

Guests “can expect to be overwhelmed with the amount of televisions, and that sensory overload, when they walk in,” he said. “Most of the bars around here have three or four televisions.”

There will also be a five-page menu that will include traditional sports bar eats such as burgers, as well as newer items that “really fit in to the seaside community.”

Vlahos also stressed that the new Daily’s will not be a nightclub.

Ultimately, Vlahos wants Daily’s to be a “Cheers”-style bar for the city, where everyone knows each other’s name.

“We’re not a big corporation; this is only our second unit, so we still have our roots and making people happy. That’s our No. 1 priority—making people happy,” Vlahos said, later adding: “Everyone wants to walk in and have (other guests) know your name. And we kind of pride ourselves on that.”

Because the former Duke’s building has gone unused for more than 90 days, Vlahos explains, they have to submit a new application for a conditional-use permit to serve alcohol there.

Vlahos said he and his wife are in the process of getting the application prepared to file with the city and are hopeful they can open the bar by early February—specifically Super Bowl weekend.