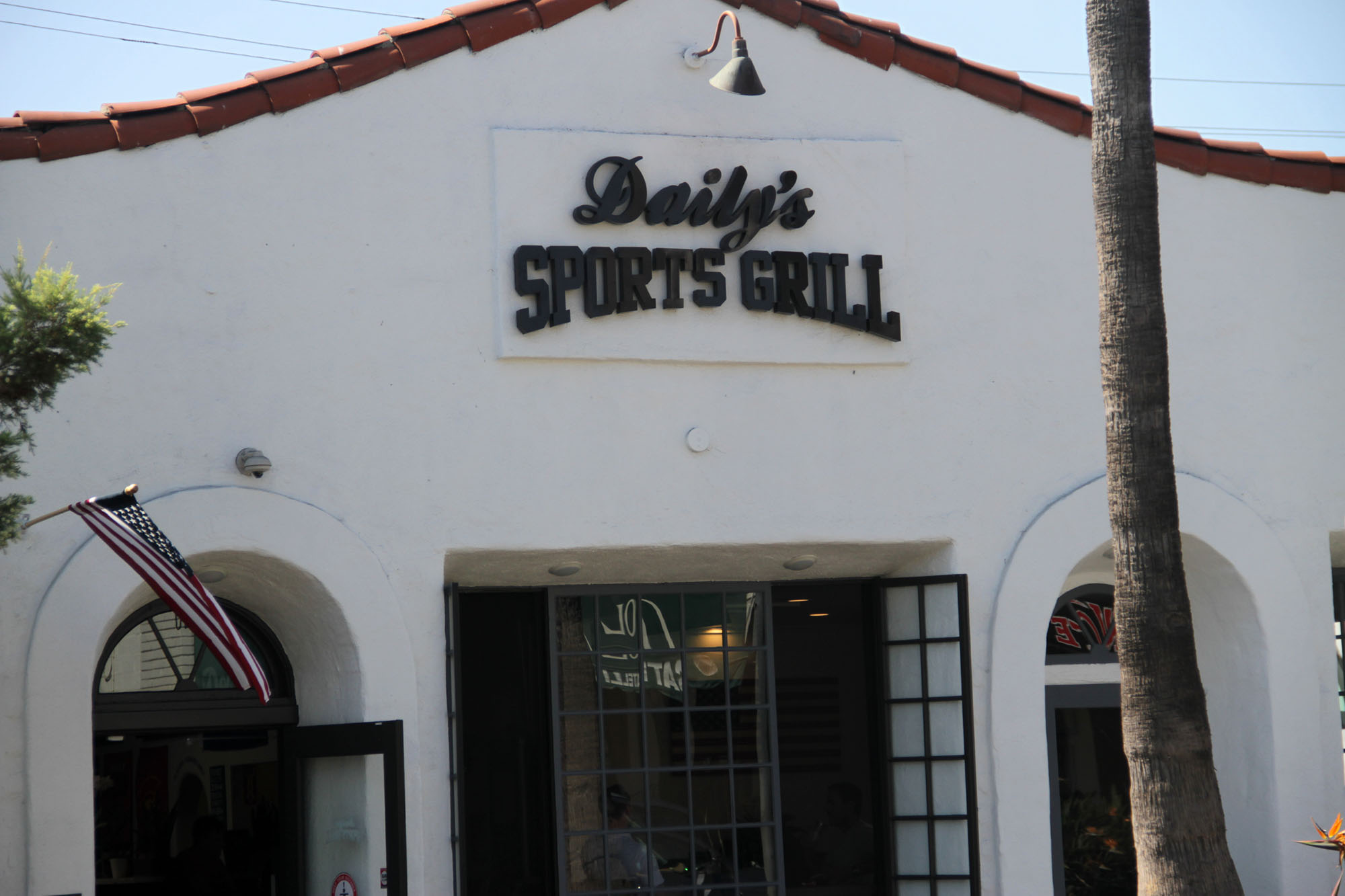 Daily’s Sports Grill, San Clemente’s newest sports bar in downtown, opened late last month, and the timing—given the circumstances of the pandemic—couldn’t have been better, as games in every major national sports league were being televised.

Whether it was Week 2 of the NFL, postseason coverage of the NBA and NHL or the MLB’s final stretch to the playoffs, there was a game on for just about every sports fan when Daily’s officially opened its doors on Sept. 20.

“It’s been a great week. The community, the support the community has given us the first week is nothing we could have imagined,” said Daily’s co-owner, Steve Vlahos, adding that the sports schedule has benefited the new restaurant because “first of all, fans can’t go to the games; you can only watch on TV, and we have 28 televisions that can accommodate all the sports at one time.”

Vlahos noted that the bar is also opening at a precarious time, when current regulations due to the ongoing public health crisis have mandated indoor restaurant services in Orange County be limited to 25% capacity.

“There’s usually a line out front or people out front, and it’s because I can’t let any more people in, and it’s so disheartening because we want them to come in, but you have to do the right thing,” he said. “We’re adhering the best we can to the rule, and I feel like we’re being good stewards of the community.”

Vlahos said the restaurant has been keeping its windows and front door open, added air conditioning to both the front and rear of the building, and has been seating patrons at every other table for social distancing.

“And, quite frankly, I stand at the door with a counter in my hand, and I count the people coming in,” he said.

When Vlahos spoke with San Clemente Times by phone on Tuesday morning, Sept. 29, he expressed hope that the county later in the day would be able to announce its move into the orange “moderate” tier of the state’s coronavirus tracking system, which would allow restaurants to increase indoor capacity to 50%.

However, the state health office’s data on Tuesday showed Orange County saw a slight uptick in new daily cases, requiring the county to remain in the red “substantial” tier for a few more weeks.

Vlahos said that Daily’s, located where Duke’s had previously operated for more than a decade as a popular sports bar and spot for late-night dancing, won’t be anything like a dance club and will close at 10 p.m. most nights, midnight at the latest on weekends.

“We don’t intend to go beyond midnight,” he said. “Like I said, we’re a restaurant, sports grill first, and in an attempt for branding purposes, we’ve seen a lot of families come in; we had to go buy a lot of high chairs, which is something we didn’t anticipate but certainly welcome.”

Though it’s only been a couple of weeks that the restaurant has been open, Vlahos said one of the favorite items on the menu has been the ribeye sandwich.

“There’s nothing on our menu priced more than $18. It’s a four-page menu,” he said, adding: “I think we’ve taken it up a notch in terms of food quality. I think that has surprised some people; at least that’s the feedback I’m getting.”