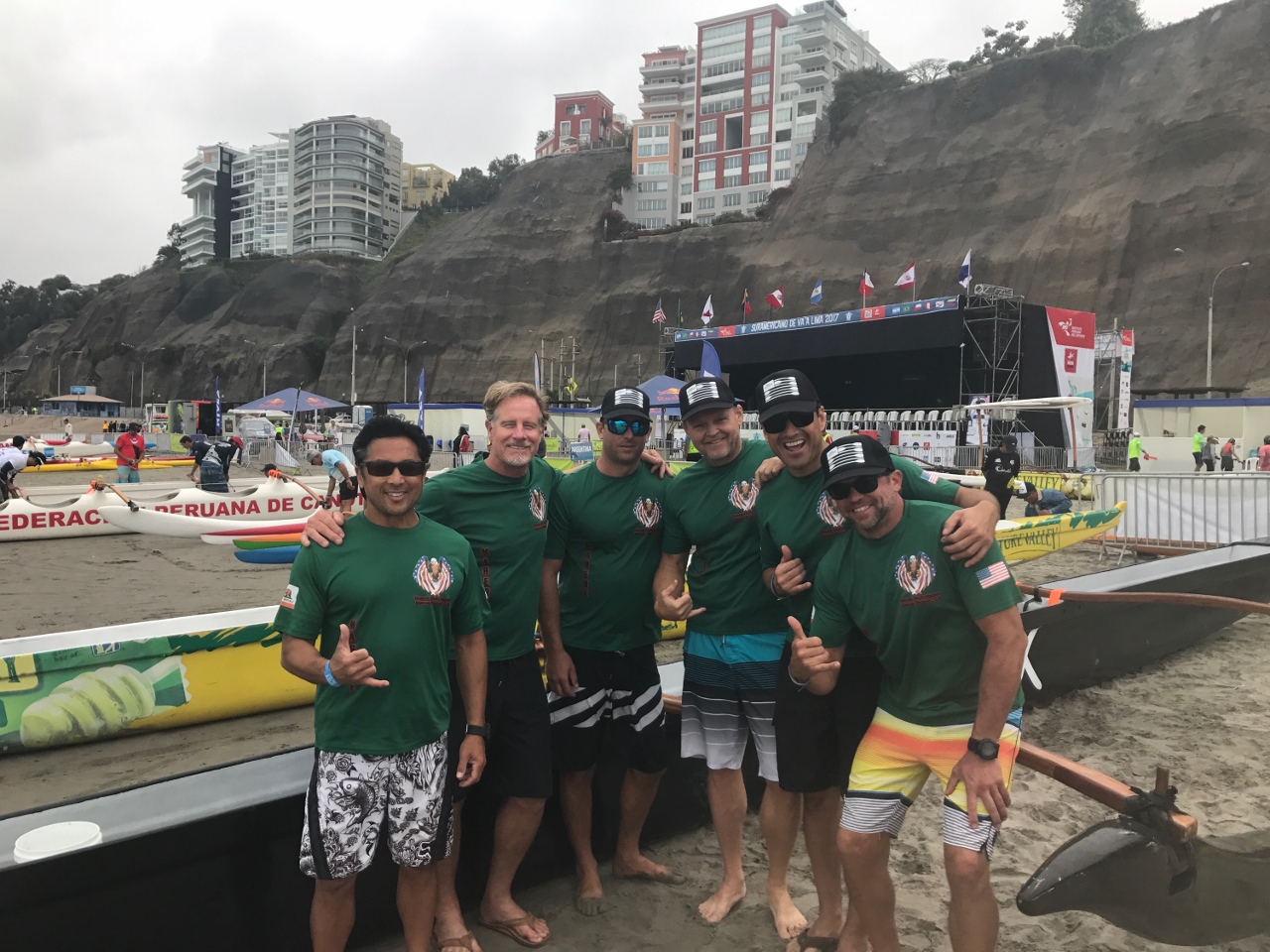 The six members of the Dana Outrigger Canoe Club that landed in Peru on Nov. 17 barely had time to shake off the jetlag before they hit the icy waters of the Pacific to compete against the best outrigger canoe paddlers on the continent.

The Americans had less than 12 hours after landing in Lima before they were competing in the South American Canoe Championships’ flagship event—a 14-mile, open-ocean paddle.

The local Dana Point-based team, which includes several San Clemente residents, acquitted themselves nicely with a 10th-place finish in a field of 17 boats. The local team had to rent a boat while in Peru, which slowed them down quite a bit.

The Dana Outrigger Canoe Club team competed against the top paddlers from South America while in Peru. Photo: Courtesy

Members of the Dana Outrigger Canoe Club on the shores of Lima, Peru for the South American Canoe Championships. Photo: Courtesy

“I thought we were respectable,” Dana Outrigger member John Skorstad said. “Everybody on our team really performed well.”

The same Dana Outrigger team made the trip south for the championships in 2016, which was held in Chile. The trip is now becoming an annual tradition for the tightknit group. Next year, they plan on competing in the 2018 edition of the race in Brazil.

Skorstad said the sport of outrigger canoe racing is becoming increasingly popular in South America. More outrigger clubs are making the journey to the event every year, he said, and the overall interest and skill level has noticeably increased.

But the competition is only half the fun for the local outrigger team. They always make sure to take a few extra days following the race to sightsee and explore.

This year, after completing the race on Nov. 18, the crew spent a week exploring the mountainous area around the city of Cusco. The group made hikes up to Machu Picchu, Huayna Picchu and Rainbow Mountain before returning stateside.

The Dana Outrigger group is currently planning a trip to compete in Hawaii sometime in 2018.