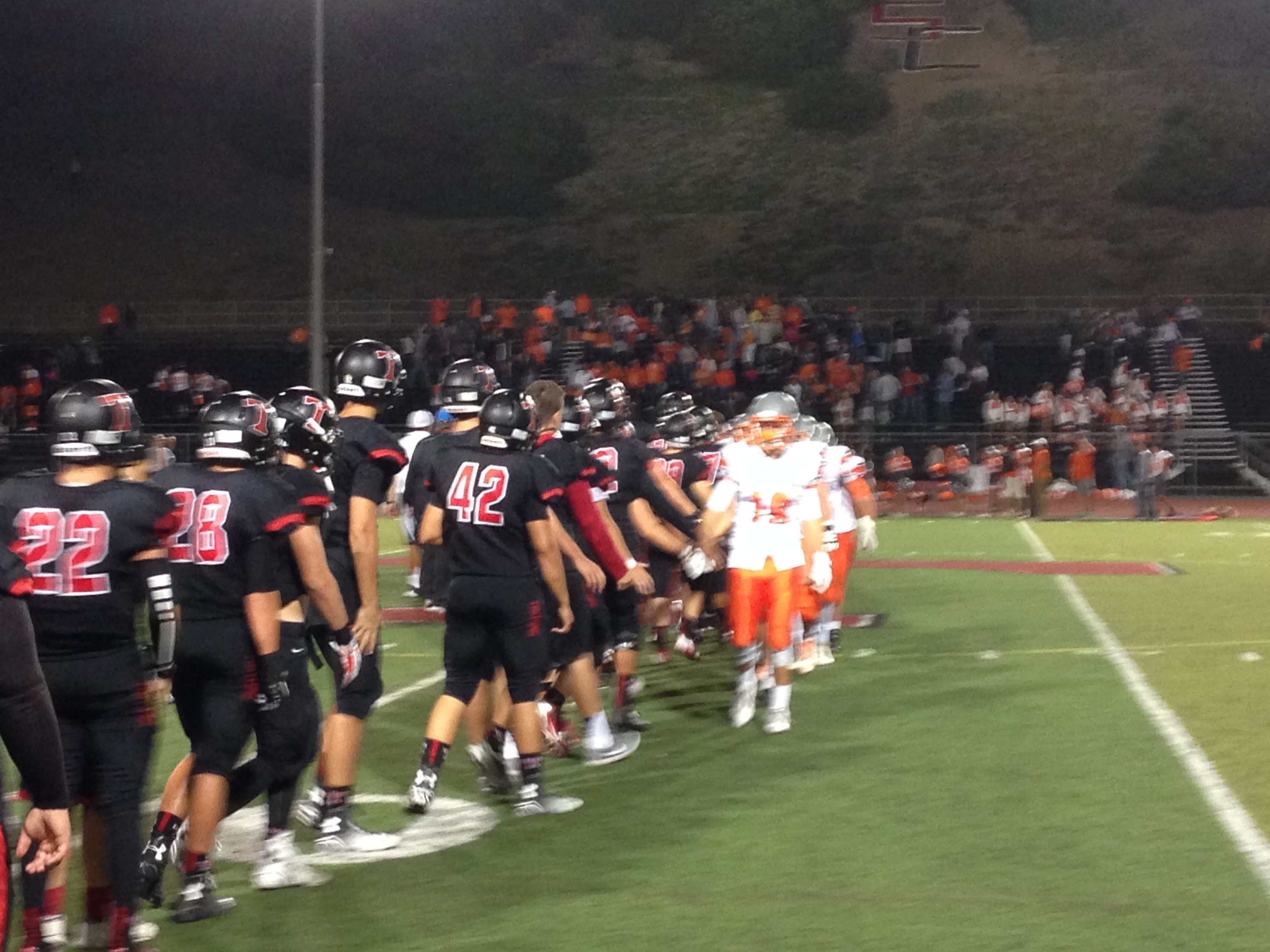 It was supposed to be a simple six-yard pass to a receiver. But after scanning the Atascadero defensive coverage on a pass play early in the second quarter, San Clemente quarterback Sam Darnold realized his first option wasn’t open.

Darnold quickly rolled to his right and heaved a 35-yard strike on the run that found senior receiver Dean Licht for a touchdown that gave San Clemente a 21-7 lead. The throw left no doubt that Darnold and the Tritons offense were on the same page.

Behind a five touchdown effort from Darnold and a stout defensive performance up front, San Clemente would go on to defeat visiting Atascadero 49-20 in a nonleague contest on Sept. 19.

Darnold had a spectacular first half, completing all 13 of his pass attempts for 173 yards and five passing touchdowns. The USC commit completed passes to eight different receivers in the half, connecting with tight end Cole Harlow to open up the scoring less than three minutes into the game.

San Clemente (4-0) scored on its first six possessions in the first half. Atascadero (3-1) had the ball with three minutes to go in the second, but the Tritons defense forced them to punt, putting the ball in Darnold’s hands once again. All it took was three plays and 50 seconds for Darnold to hit Jake Feiner for a 12-yard touchdown pass that gave the Tritons a commanding 42-14 lead at halftime.

Junior running back Vlad Dzhabiyev kept the Tritons drives alive throughout, rushing for 124 yards on 14 carries.

The heat wave that covered the southland last week made for tough practices, but the Tritons were able to execute and increase their offensive output for a fourth consecutive week.

“All my receivers and my line, we were just clicking,” Darnold said. “We actually had a rough week of practice with the weather. That’s no excuse but the energy was down a little bit … But we came out here and did our work so it was good.”

Atascadero came into the contest averaging 259.3 rushing yards per game, but the Tritons were able to limit the Greyhounds leading rushers Marc Martin and Ethan Hicks to 31 and 66 yards, respectively. Atascadero quarterback Tommy Carr ran for 88 yards. Most of the Greyhounds yards on the ground came in the second half, when the game was already out of reach and most starters were not on the field.

“We knew going in we had to stop the run and that was the most important thing. They got their yards here and there. But it’s a good victory, we’ll take what we can get,” San Clemente head coach Jaime Ortiz said.

San Clemente will travel to play Newport Harbor on Sept. 26.