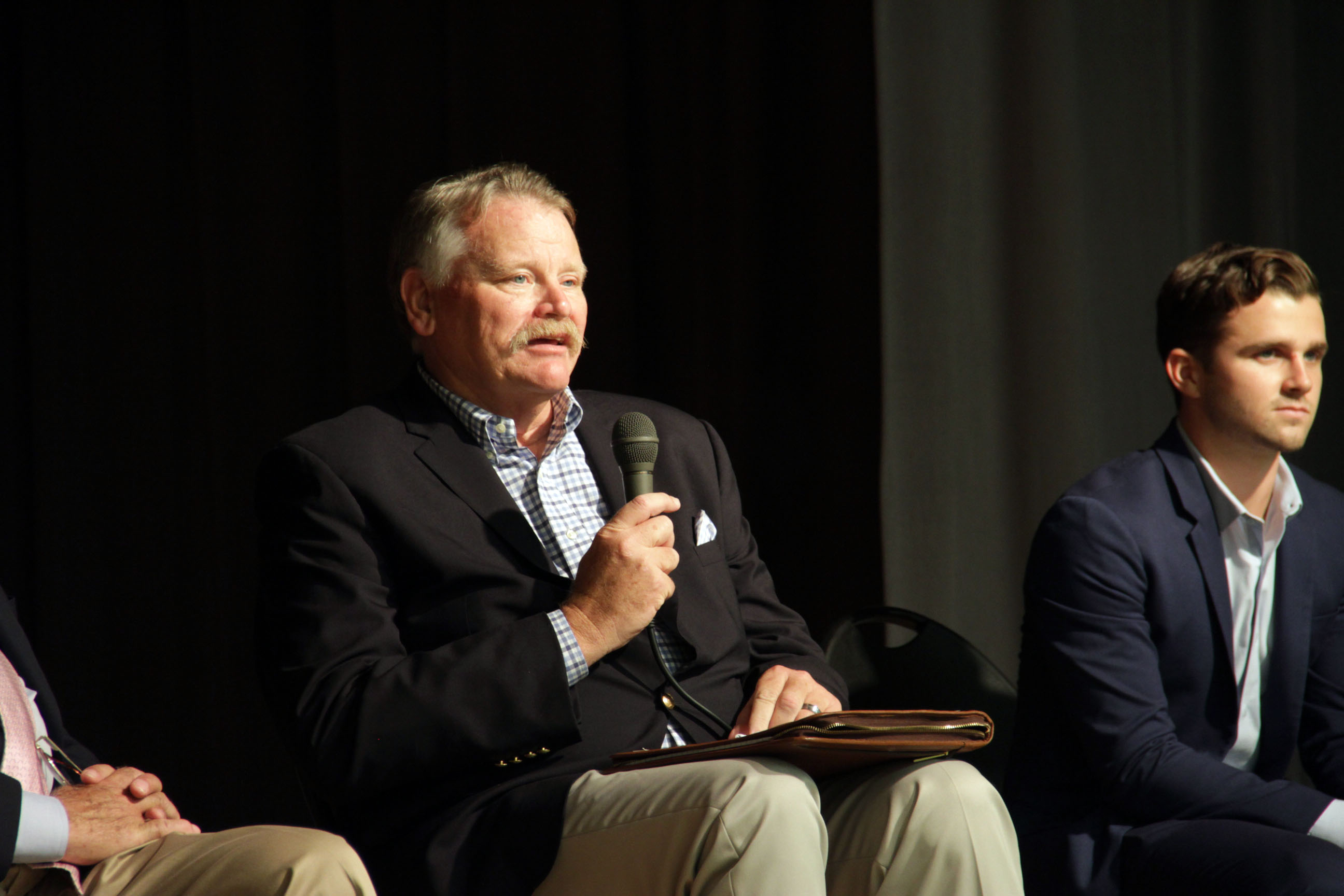 The Orange County District Attorney’s office is currently reviewing a citizen complaint accusing Councilmember-elect Gene James of “Stolen Valor”—the federal and state law criminalizing those who falsely claim to have been awarded a military decoration.

According to Kimberly Edds, spokesperson for the district attorney, the office has received information from the public regarding the matter and is reviewing it, but no decision has been made as of yet to pursue further action.

The allegation against James stems from campaign materials the Republican Party of Orange County mailed out supporting then-candidate James in the lead-up to San Clemente’s special election last month.

The OCGOP’s mailers falsely stated that James was awarded the Legion of Merit, a medal given to members of the Armed Forces who display “exceptionally meritorious conduct” and “outstanding service.”

“I served this great country honorably for 20 years. It is time to focus on the issues that we face as a city, and I  have every confidence that once the DA reviews this matter,  there will be no reason to pursue any further,” the councilmember-elect, who will be sworn into the local office on Tuesday, Dec. 3, wrote in an email to San Clemente Times.

James, a retired veteran who served in the U.S. Army from 1972 to 1992, has denied having any involvement in the mailers sent out to San Clemente’s voters weeks before the Nov. 5 special election, which he decisively won, receiving nearly 55% of the total vote.

In a separate email to SC Times on Monday, Dec. 2, OCGOP Executive Director Randall Avila said the party had received the information from people close to James’ camp and cleared the mailers with them.

“The text of the mail was written and confirmed by consultants close to Mr. James. They received the information on the Legion of Merit twice from Mr. James,” Avila wrote. “Neither the consultants nor the OCGOP had reason to verify it or question it further. We apologize that inaccurate information was published on our part.”

California’s Stolen Valor Act “makes it a misdemeanor for a person to falsely represent himself or herself as a veteran, ex-serviceman, or member of the Armed Forces of the United States.”

Those who falsely claim “to have been awarded military decoration, with the intent to defraud, are guilty of a misdemeanor.” An elected official convicted of Stolen Valor must also forfeit their seat in public office, the state law notes.

The mailers were brought to light in late October when Baker created the email chain that included James, the city and other media publications, including San Clemente Times.

One of the mailers depicts a Legion of Merit award enclosed with the text: “GENE JAMES SERVED AMERICA FOR 20-YEARS. NOW HE WANTS TO SERVE SAN CLEMENTE” and “GENE JAMES LEGION OF MERIT For Distinguished Military Service U.S. Army, ret.”

According to the Orange County Sheriff’s Department, it had conducted an informational report over the matter before forwarding it to the DA’s office, as such violations are addressed in government code and not something within the department’s jurisdiction.