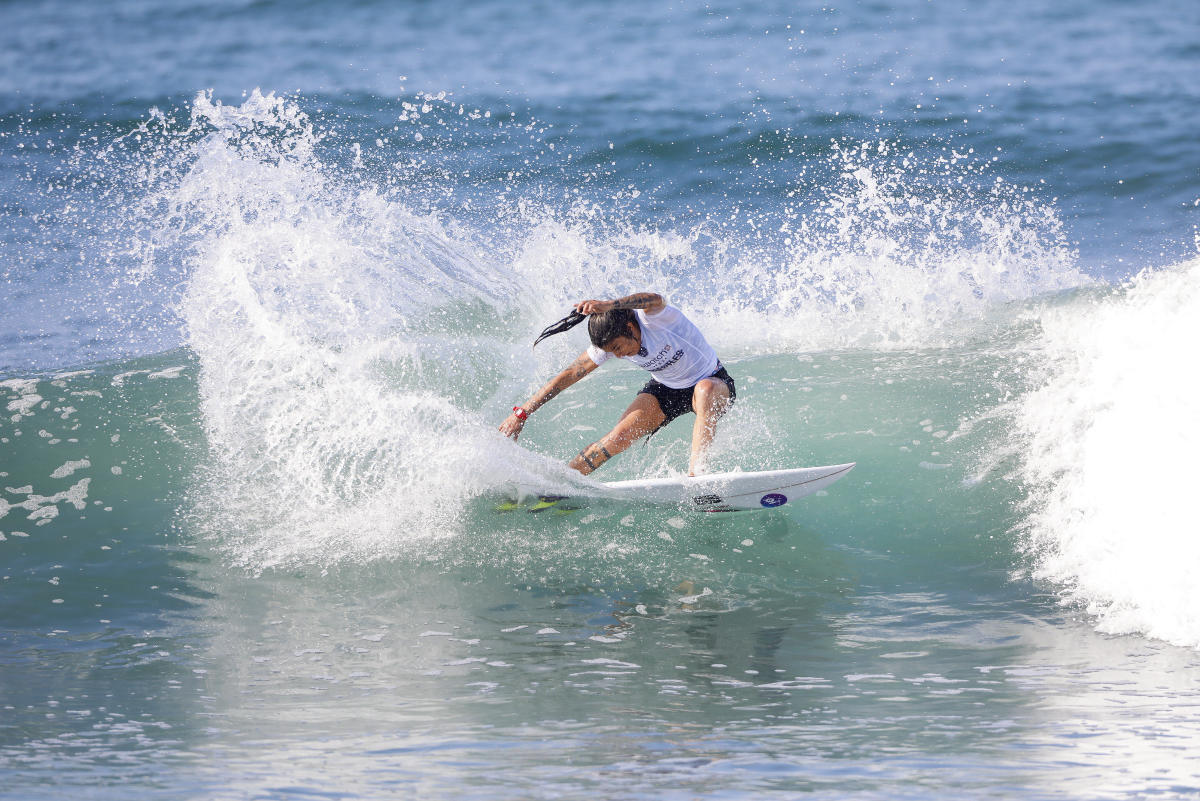 Kolohe Andino had high hopes going into the Hurley Pro, but in the first heat of the day today, Sept. 12, he lost a close one to dangerous Brazilian goofy-footer Jadson Andre and subsequently exited the contest much earlier than he would have liked. Conventional wisdom would say that competing in front a hometown audience at a familiar break would be a huge advantage, but more often than not in pro surfing it puts a lot of unwanted pressure on the shoulders of the competitor.

“You feel the pressure when you surf in front of the home crowd,” said Andre after dispatching Andino. “I just went out there and tried to surf my best and not think about how tough my opponent is.”

Andino had a shot at the end of the heat, but was unable to convert. Needing a six-point score with the clock ticking down, he ended up falling on his last wave.

The World Surf League spent the rest of the morning firing through the men’s Round 2 before turning the Lowers lineup over to the ladies of the Swatch Pro. With all the top seeds in the contest advancing, it was Brazilian upstart Silvana Lima who stole the show at the end of the day. Riding her lucky 5-foot-5 board with an unfortunate buckle above the fins, she put in the performance of the contest so far, earning an 18.10 heat score.

“I can’t believe it. This is like a dream right now,” said Lima, who hasn’t made a quarterfinal since 2015.

With more swell on tap the next couple of days, expect the Hurley Pro and Swatch Pro to keep jamming. It’s looking like a nice S/SSE swell peaks on Thursday, so don’t be surprised if they crown a couple champs before week’s end.