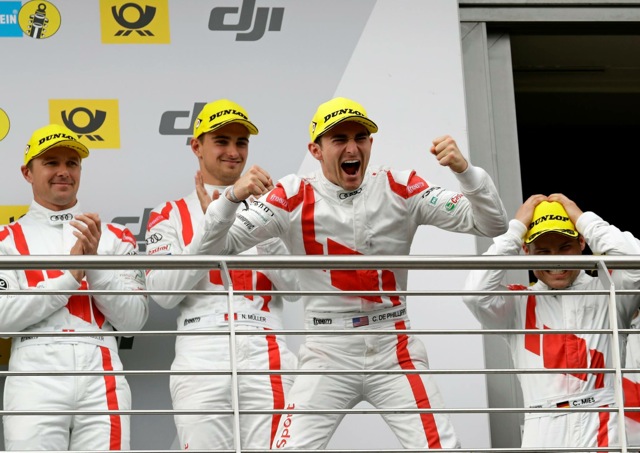 San Clemente native Connor De Phillippi and the Land Motorsport/Montaplast racing team guided their Audi R8 race car to a winning effort at the Nürburgring 24 Hours race in Germany on May 29.

De Phillippi and his team were in control of the endurance race, which takes place at the infamous Nürburgring and features drivers making 158 laps, for most of the time. Land Motorsport had a sizeable lead on the field when an electrical problem caused the super car to lose power with nine laps to go.

After a quick pit stop, and a switch to rain tires, team driver Kelvin van der Linde was able to get the car back in the hunt and win the race.