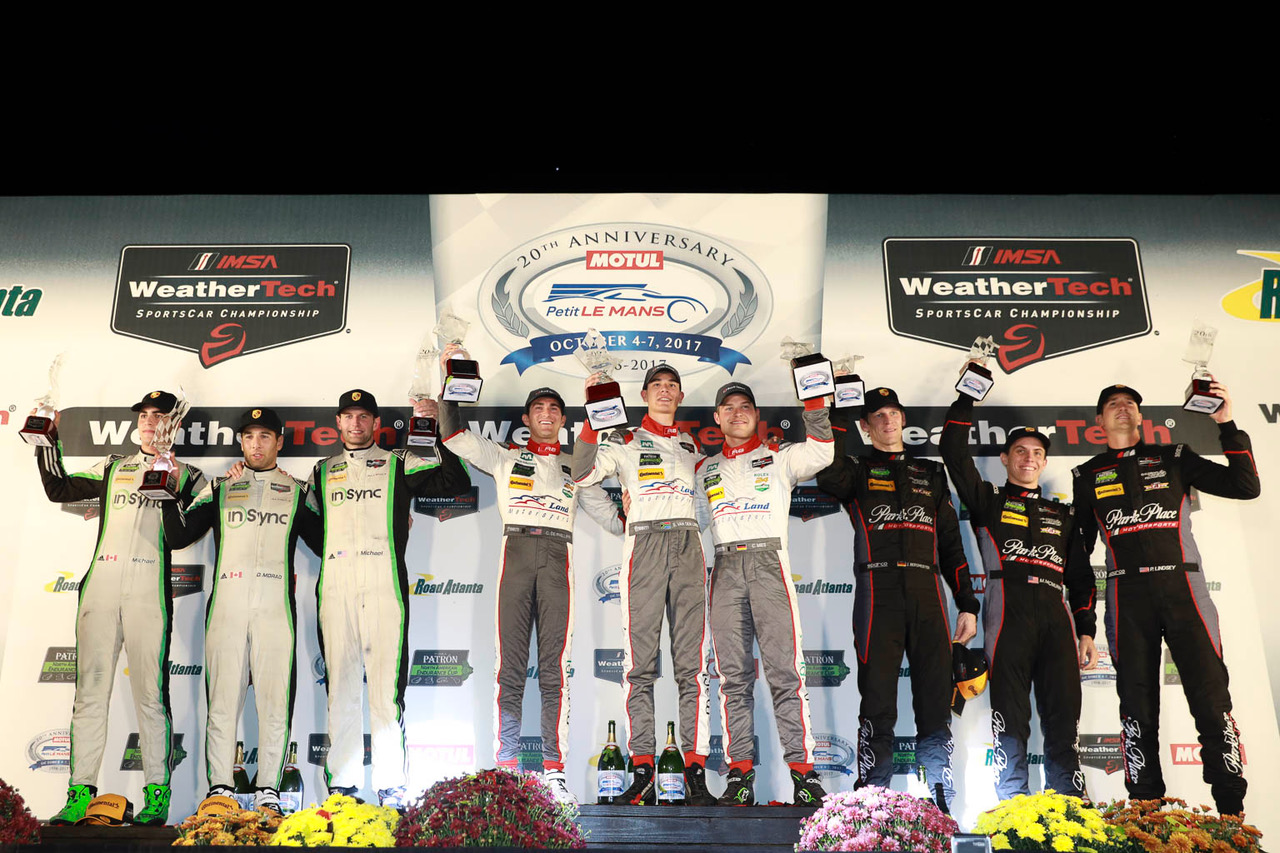 Connor De Phillippi and his racing team broke through for their first win on American soil on Oct. 7, cruising to a convincing victory at the Motul Petit Le Mans at Road Atlanta.

The race is a 10-hour test of endurance and De Phillippi, a San Clemente native, and his Montaplast by Land Motorsport teammates Sheldon van der Linde and Christopher Mies led throughout.

The team, which races competitively around the world, maintained a healthy lead for much of the race, but was challenged down the stretch. De Phillippi was put in the car last to finish out the last leg of the race and pulled away from a late-charging competitor to win by 15.5 seconds.

“We simply ran a perfect race, made no mistakes and had a race car that was untouchable by the competition,” De Phillippi said in a release. “This win will forever be a great memory.”

The win came in the team’s third start this season. De Phillippi and Montaplast by Land Motorsport placed second at the Rolex 24 at Daytona and fourth at the Twelve Hours of Sebring earlier this year.