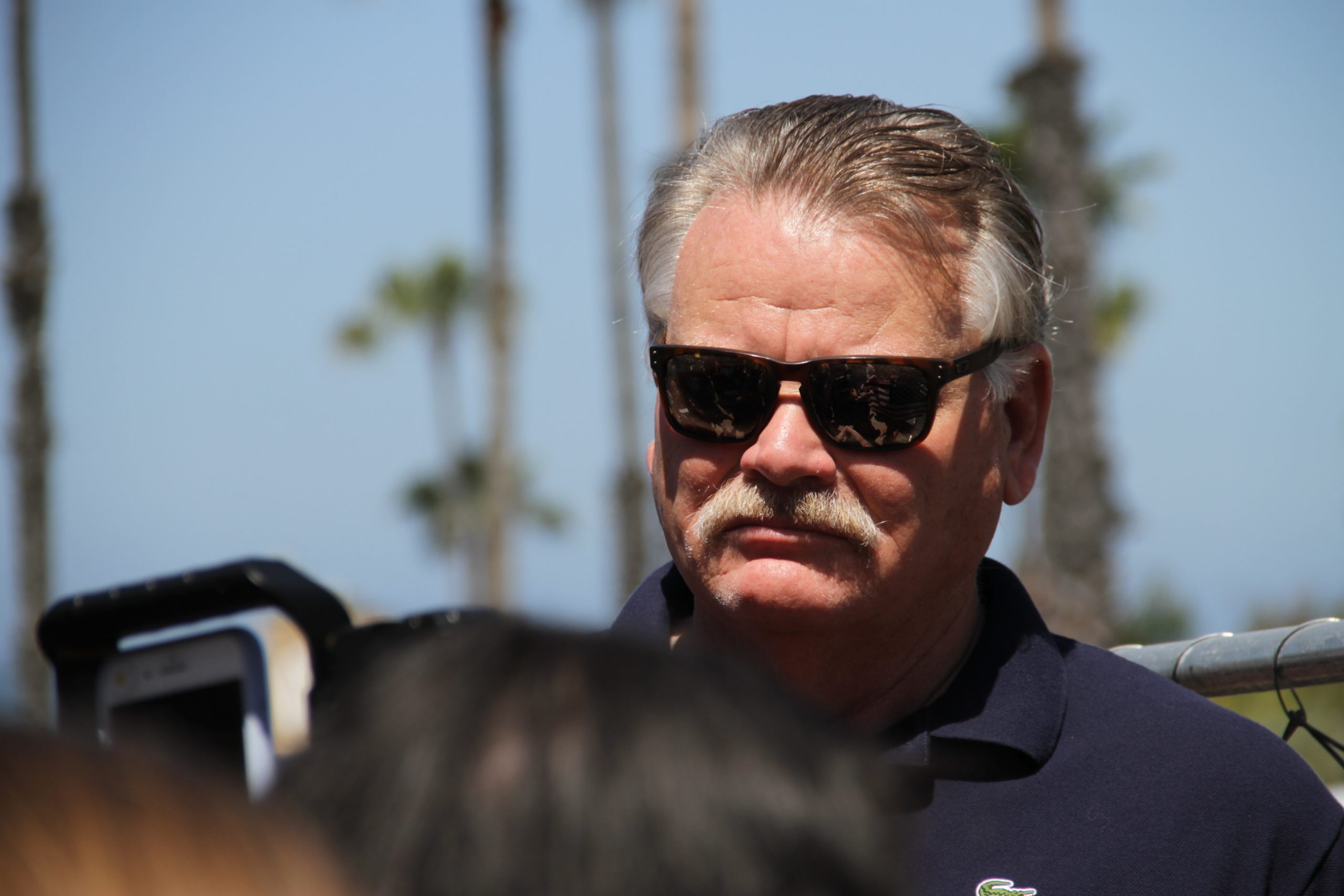 A defamation suit against Councilmember Gene James by one of his former political associates raises new allegations and fresh details related to his involvement in the Stolen Valor controversy during last year’s special election race.

The lawsuit, filed by San Clemente resident Jim Bieber, who worked for James’ campaign in 2019, alleges the then-candidate misled members of his camp with false information that he possessed a prestigious military decoration he was never actually awarded.

In the 10-page defamation complaint filed in Orange County Superior Court this past May, Bieber points to instances in which James told him and another associate directly that he was the recipient of the medal, which is given to members of the Armed Forces who display “exceptionally meritorious conduct” and “outstanding service.”

While Bieber’s complaint largely addresses the Stolen Valor issue, it also accuses James of falsely claiming to others in San Clemente that Bieber had made death threats toward the public official.

The suit denies making such death threats, stating that James “has published false and misleading statements attributed to plaintiff (Bieber) in order to cause plaintiff harm and which has caused plaintiff harm in his reputation, business and standing in the community.”

“Mr. Bieber’s sour grape allegations are simply untrue and it is unfortunate he has decided to take such extreme measures; however, I am confident that once all facts are presented, the outcome will be quite positive,” he wrote.

James is expected to run for reelection this fall; however, he has yet to put out an official announcement. As of Tuesday, July 21, his political Facebook page, Gene James for San Clemente, was no longer active.

The allegation of Stolen Valor—the federal and state law criminalizing those who falsely claim to have been awarded a military decoration—was raised, in large part, by Former Mayor Bob Baker, who first brought the issue to light a week before the election was held.

In an Oct. 28 email exchange in which James told Baker that he never gave anyone permission to publish such misinformation, he stated that he is “not such a fool as to believe that I could get away with such a lie. As it turns out, they never cleared the mailer with me. I would have never allowed the mailer to be approved.”

The OCGOP, however, has previously stated that James’ campaign consultants received the information on the Legion of Merit directly from him.

“The text of the mailer was written and confirmed by consultants close to Mr. James. They received the information on the Legion of Merit twice from Mr. James,” OCGOP Executive Director Randall Avila wrote to San Clemente Times on Dec. 2. “Neither the consultants nor the OCGOP had reason to verify it or question it further. We apologize that inaccurate information was published on our part.”

A citizen complaint against James had been forwarded to the Orange County District Attorney’s office for review.

As of this posting, officials from the Republican Party could not be reached for additional comment, and the DA’s office has yet to respond to SC Times’ request for an update on the review.

According to the defamation suit, Bieber possesses text messages from James to Bieber and David Ellis, another political consultant, showing the then-candidate confirming to them he received the Legion of Merit.

In one of the text messages, the lawsuit states, Bieber asked James to clarify which award he received, to which he replied, “Legion.”

In another reported text message, James tells Ellis that he received the Legion of Merit, further explaining that it wasn’t for valor but rather for service.

SC Times has obtained screenshots of those text messages but has been unable to confirm the validity of those texts.

According to the lawsuit, Bieber also led the push to get the OCGOP’s endorsement of James ahead of the election. Citing James’ alleged claim that he received the medal, Bieber used the information in an email appealing to members of the local Republican Party.

A copy of that email, which has also been shared with SC Times, shows that Bieber forwarded his plea to James, along with fellow residents Tony Rubolino and Wendy Shrove, identified in the suit as James’ campaign manager, as well as to Mayor Pro Tem Laura Ferguson—who confirmed the validity of the email.

The lawsuit stated: “Wendy Shrove read Plaintiff’s email sent out to members of the Orange County Republican Central Committee that highlighted James’ false claim that he received the Legion of Merit and replied back to the email to Plaintiff and also to defendant James, stating: ‘Great letter, Jim! Thank you.’ ”

“At no time did Defendant James correct the misrepresentation that he was awarded the Legion of Merit,” the complaint continued.

When asked about her involvement in the James campaign and matters related to Bieber’s emails to the OCGOP, Shrove responded that Bieber is a “political operative” who provides direct mail services for local republican candidates through his company Bieber Communications.

She went on to state that Bieber’s lawsuit is intended to bolster support for his business as a political consultant.

“Jim Bieber has filed a lawsuit against Gene James. I am mentioned in the lawsuit,” Shrove wrote in an email. “It seems that Jim is trying to use you and the San Clemente Times to bolster and legitimize his lawsuit which Jim hopes will have a direct financial benefit to him.”

The suit then goes on to reference another text message exchange between James, Rubolino and a Martina McBurney-Wheeler. In the group chat, wherein the three discuss various issues, according to the suit, a question was raised as to whether James formed an alliance with fellow Councilmember Chris Hamm, as the two were spotted together outside of James’ home.

“Defendant James demanded to know how they knew Councilman Hamm was at his home, and angrily stated there was a risk to his home,” the suit states, adding that no one would reveal how they knew of Hamm’s visit to James’ home while also disputing the notion that there was a “safety risk.”

“Defendant James replied in a text: ‘So you refused to tell me… Bieber threatened to kill me, and my wife shouldn’t be freaked out,’ ” according to the lawsuit, which said James allegedly continued to write in the chat that there were witnesses who heard Bieber’s alleged threat.

“There are witnesses to Bieber… besides it’s not me … my wife is completely freaked out since your post,” James allegedly wrote to the group.

Rubolino did not respond to a request seeking comment.

Since the alleged statements from James, the lawsuit claims, Bieber has been exposed to “hatred, contempt, ridicule, or disgrace, or caused the Plaintiff to be shunned or avoided, or tended to injure the Plaintiff in his occupation.”

Bieber is seeking punitive and compensatory damages, as well as for James to pay his litigation costs.

“I look forward to conducting written discovery in this case, and taking Gene James’ deposition, all under penalty of perjury, as we will prove the false and malicious nature of Gene James’ conduct and comments pertaining to Mr. Bieber, and I anticipate a jury of his peers holding him liable for his outrageous and illegal conduct,” Paul Carter, Bieber’s attorney, said in an emailed statement.

According to the Superior Court, the first hearing on the matter, a case management conference, is scheduled for February 2021.

Editor’s Note: This story has been updated to include statements from Wendy Shrove.