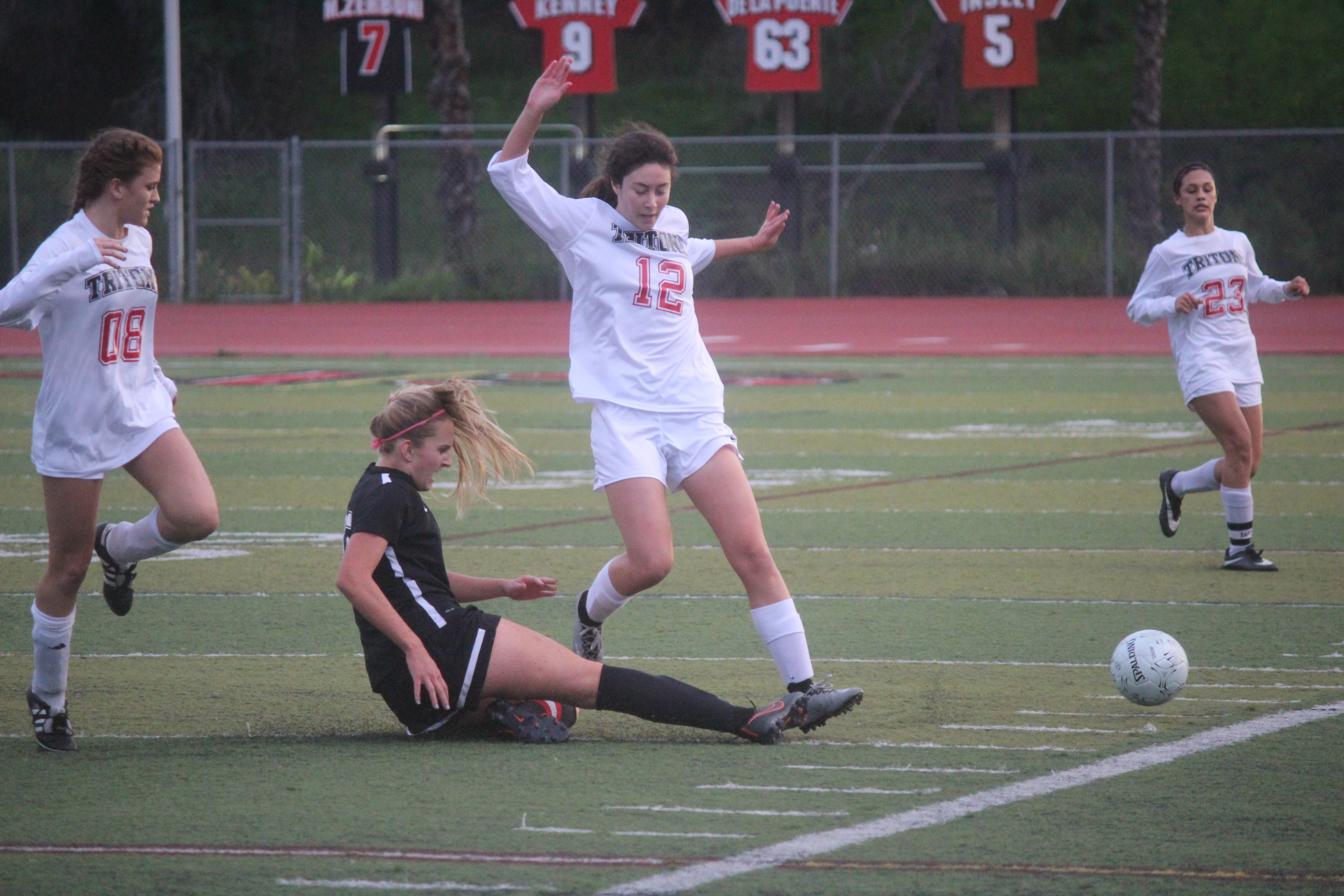 The visiting Oilers and Tritons were deadlocked on Feb. 21, and neither team was able to score a goal after regulation and overtime, setting up a penalty kick shootout.

Like she had done all night, Oilers’ senior goalie Rachel Harris shut the Tritons out.

Huntington Beach scored on its first four tries from the spot while Harris made three outstanding saves to secure the victory for the Oilers.

In penalties, it was freshman forward Cina Wilson who buried the final attempt in the back of the net to send Huntington Beach on to the quarterfinals against Chino Hills on Feb. 24.

Both defenses, in particular the goalies, were sharp for most of the night. Neither team held a distinct advantage for long, although the Tritons did dominate possession throughout the first half and both overtime periods.

San Clemente goalie Lauren Brzykcy, a UCLA commit, made a flurry of saves in the contest, but none as big as a point-blank stop she made in the 68th minute on a tough-angle shot by junior Alijah Oliver. Oliver streaked across the face of the Tritons goal before unleashing the shot, and Brzykcy stayed with her the whole way.

Oilers’ senior Katie Martinez ripped a booming free kick toward the top crossbar in the 58th minute, and Brzykcy made a leaping, fingertip save. The Tritons’ senior goalie ended up making a game-high 10 saves.

San Clemente had its chances as well.

The opening 40 minutes saw the Tritons outshoot the Oilers 4-1, and San Clemente earned three corner kicks as a result of its early offensive pressure.

Maddie Diaz and Isabelle Sanchez both had early shots on goal, but Harris was there to make the saves.

The Tritons nearly took the lead seven minutes into the second half when senior Victoria Phillips connected with junior Natalie Crapo on a long run down the right sideline. Crapo sent a dangerous ball in to a waiting Sydney Cooper but her shot went just wide of the net.