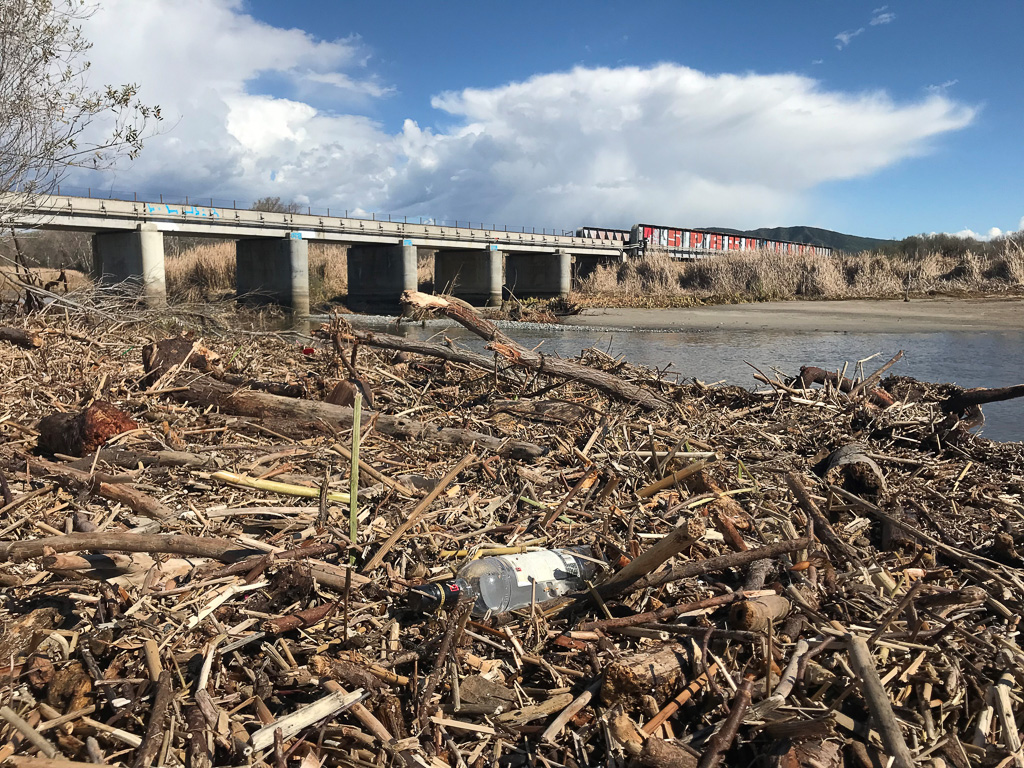 After the Deluge: What All of This Rain Means for Local Surfers and Surf Spots

If it feels as if it’s rained a lot lately, it’s because it has. As of Feb. 18, San Clemente recorded 7.8 inches of rain in February, compared to just 0.65 inches in February 2018. And in Dana Point in January, 9.4 inches of rain fell compared to a historical average of just 1.4 inches. The wet weather that moved through the area last week was more than enough for the San Juan and San Mateo creeks to break open and start flowing out to the ocean.

So, what does this all mean for surfers in San Clemente and Dana Point?

In the short term, it means you should probably avoid contact with the brown sludge at spots such as Doheny and Trestles. Whenever it rains, the Orange County Health Department issues a standard warning advising swimmers and surfers to stay out of the ocean for 72 hours.

“The elevated levels of bacteria can continue for a period of at least three days depending upon the intensity of the rain and the volume of the runoff,” reads a boilerplate statement by the agency. “Swimmers should avoid coastal waters impacted by discharging storm drains, creeks and rivers, and beach users should avoid contact with any runoff on the beach during dry or wet weather conditions.”

For surfers, that’s usually easier said than done, especially if the waves are pumping. But considering the severity of the rains we’ve had recently, if you’ve stayed out of the water for the last week, you’ve done the right thing. Record rains mean that inland waterways that haven’t been flushed out in years are now flowing directly out into the ocean. That means not just toxic road grime such as brake dust, oil and coolant are getting washed into the ocean, but all of the waste from illegal dumping, homeless encampments, dead animals and more combine for a caustic cocktail in your favorite local lineup.

“People that are affected can experience anything from flu-like symptoms with fevers and aches and pains, to ear and nasal infections, to much worse; it’s very serious, and there’s some nasty stuff in that water,” Rick Wilson, the senior staff scientist at the Surfrider Foundation, explained when I interviewed him for Surfline.com in 2014.

A lot of surfers are willing to take the risk when the surf is good, because they’ve convinced themselves that their immune systems have been strengthened over the years by spending so much time in the ocean. But it’s unknown at this time if there’s any scientific validity to this urban legend.

In 2018, the University of Exeter Medical School in England conducted a study to try and find what impact ocean exposure has on surfers’ immune systems. What they discovered was that surfers were more prone to having the E. coli bacteria resistance to cefotaxime, a widely prescribed antibiotic, in their gut. The bacteria was present in 9 percent of surfers’ guts, compared to 3 percent of the average population. Additionally, they noted that surfers’ guts are four times more likely to be home to other antibiotic-resistant bacteria.

“We’re going to be spending some time at the skatepark. I’m not letting my kids in that water,” one concerned surf dad said last week. “We used to go in the water all the time when I was young. I contracted a virus that almost killed me, and I’ve had friends that have caught flesh-eating bacteria from surfing Doheny. We’ll wait until things clean up a little.”

But it’s not all gloom and doom. The rains have been a boon when it comes to replenishing the sand along some of the local beaches. As the water (and pollution) flow out to sea, the creeks deposit sediment on the bottom, which has helped to bring some much-needed sand back to the area. In recent years, coastal erosion has taken a heavy toll on the South Orange County coastal landscape. Houses are threatened along Beach Road, and from Cottons Point down through San Onofre, the beach is a sliver of what it once was.

But thanks to the recent rains, Doheny and Trestles have added some much-needed sand. At Upper Trestles, the sand actually flowed northward out of San Mateo Creek, building up more beach at Cottons Point. It’s going to take a little while for everything to settle, but by the time we have our next proper ground swell, we could be looking at some new, finely groomed, property-saving sandbars.

“We need the rain’’—that is the comment I keep hearing over and over.

It’s true, after years of drought conditions, we do need the rain, but now that our reservoirs are full and the snowpack in the Sierras is well above average, we could also use some sunshine and a proper west swell, because those sandbars aren’t going to be around forever.