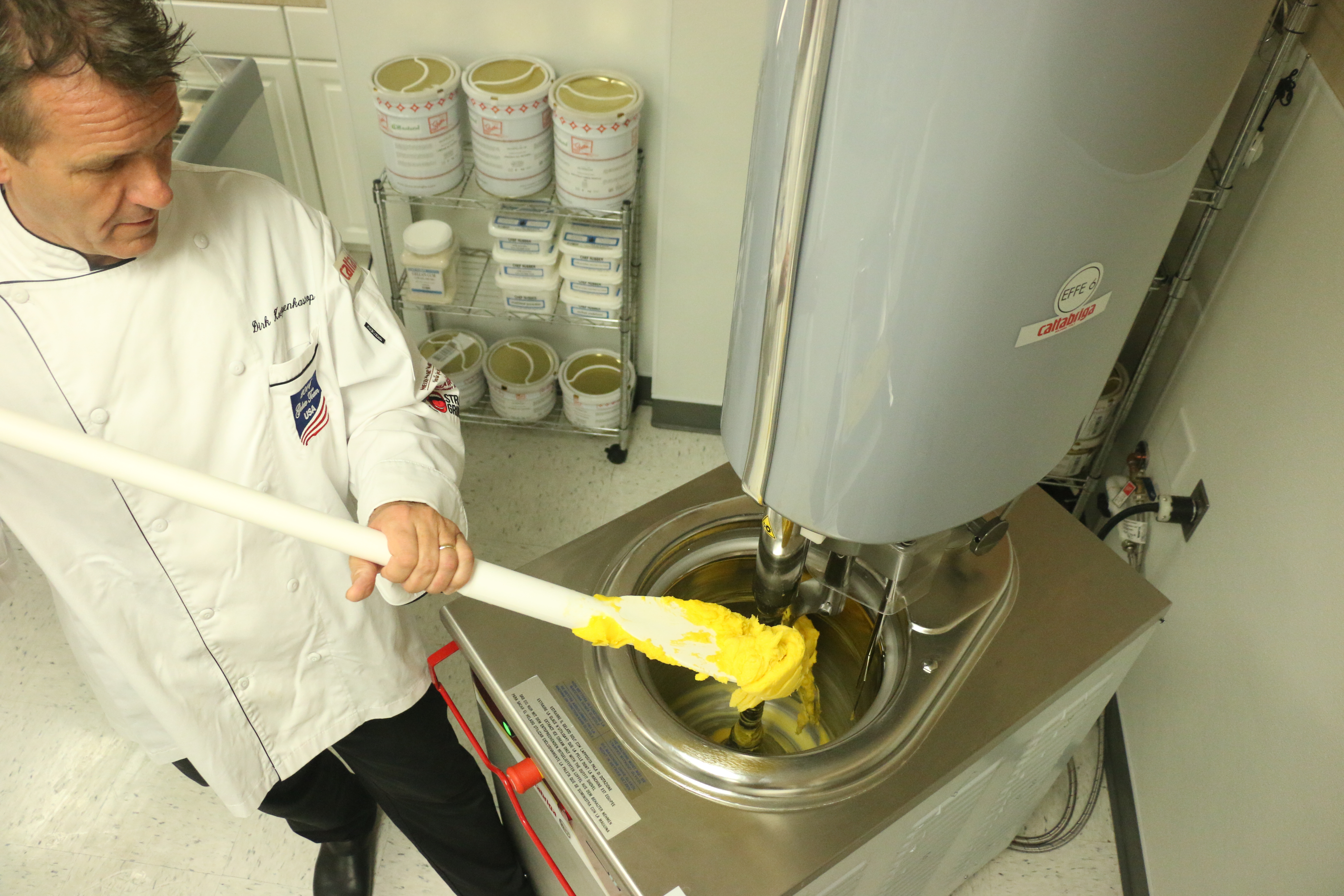 Gelato may not be as popular as its ice cream counterpart in the United States, but four highly trained chefs will try to win an international competition in January, using it as their centerpiece.

Gelato Team USA is currently practicing in San Clemente for the 2016 World Gelato Championship in Italy, set to take place in January.

Gelato is not completely new to the U.S. but Koeppenkastrop said it hasn’t reached a peak of popularity. Compared to Italy and France, it’s a relatively unknown delicacy, he said.

“There’s a total of seven elements,” Koeppenkastrop said. “Ice carving and sculpture, little chocolate pieces in which 50 percent must be gelato and the rest can be other pieces. Then we have cake with three different flavors and sponges. Then there’s a special gelato design, as well as savory dishes paired with gastronomic gelato. And then there’s final presentation with everything presented.”

The teams are judged by their overall performance in the competition.

Tom Graves, who is sponsoring the team and donating his commercial space for the team to practice, said he heard of the competition about 10 years ago when it started to formulate. He has been to the Italian world championships a number of times with Team USA.

Graves is the founder CEO at Equipment and Concepts, Inc., which imports products from around the world. The location of his business also hosts gelato-making and cooking classes from time to time.

“The ice cream as a whole is a multibillion-dollar industry, and gelato is just that little piece of it in the U.S.,” Graves said. “In Italy it’s everything, but it’s coming around in the U.S.”

Koeppenkastrop said he competed in a few of the competitions in the past. As the expert gelato maker, he is responsible for pairing the iced treat with the rest of the coordinated deserts.

Last year could have been better, he said.

“We had certain elements where we did OK, but there was still room to improve,” Koeppenkastrop said. “We’re looking for a flavor that wows people, so it needs to be very strong. You go for a balance between the sweetness and a little bit of acidity. What you’re looking for in any gelato…is texture—not too cold and not too creamy.”

Koeppenkastrop was a chemist with a Ph.D. before he turned to making gelato in Hawaii.

Pompei, who specializes in the pastry portion of the competition, said gelato is a traditional complement to many deserts from which it originates.

“You want to use all fresh ingredients and minimize the processing part,” Pompei said. “Just keep it natural and balance it out. Basically, it plays a very important role in the restaurant environment.”

It takes a special touch to serve the gelato tableside. The desert is rolled into an egg shape and turned on top of each piece. If there are any air pockets in the piece—Brown said as he flipped one over and discarded the mistake—it will be marked down in competition.

“We like exciting things here, but in Italy it’s chocolate and that’s all it is,” Brown said. “Here, we would make a whole Sunday out of it and add all we can. But there it’s just a little cup and they try to boost the flavor in it.”

The competitors coordinate just like an athletic team. While practicing Friday, Koeppenkastrop was going over the designs and the blueprints of the dishes they intend to make, just like a coach with a playbook.

“This year’s theme is fire and ice, so we’re trying to bring that into our visual presentation and taste,” Pompei said.

The competition also makes way for other countries to have a shot at the title. When a country wins, they are ineligible to compete in the following year. Right now, France currently holds the title, which Koeppenkastrop said did not make the Italians happy.

Overall, the competitors are friendly, though, Koeppenkastrop said.

“Just as quick as a pastry chef will try to attack you for stealing his ideas, everyone there at the competition was eager to lend a hand,” Koeppenkastrop said.

The team will practice two more times in San Clemente before the competition in January. For more information on the world competition, visit www.gelateriadipiazza.com/english/coppa-del-mondo.html.