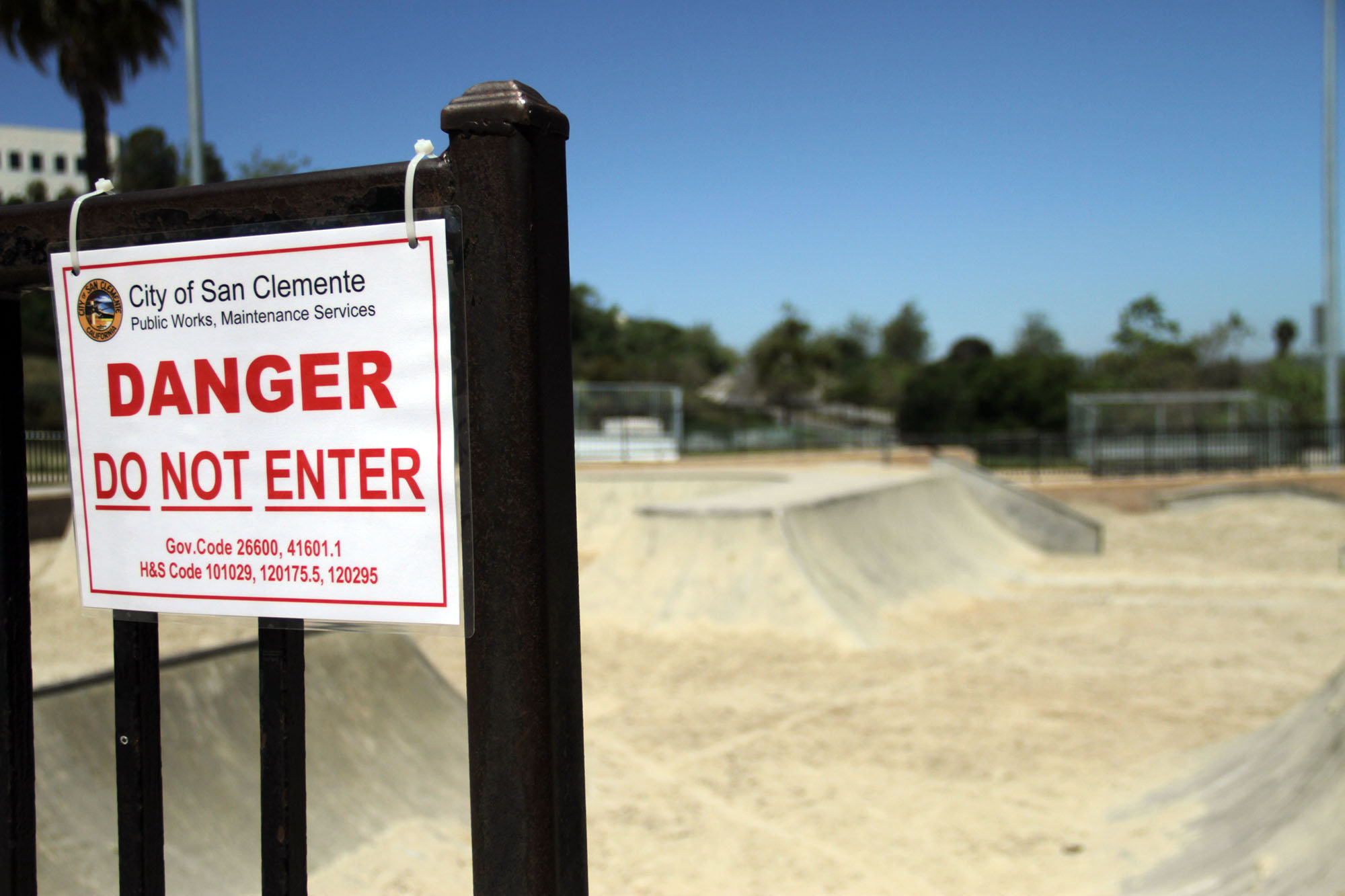 Though the city filled the local skate park with 37 tons of sand in an effort to deter skateboarders from trespassing at the park, a group of dirt bikers have taken the opportunity to put the new sandbox to use.

Conner Ericsson, a motocross photographer and videographer, posted videos this week of himself and his friends riding in the sand-filled skate park at Ralphs Skate Court. The same post also included videos showing the group helping skaters by shoveling out some of the sand.

“Took advantage of all the sand the city dumped into the San Clemente skatepark (sic), then helped some local skaters dig it all out so they could do some social shredding,” Ericsson said in his Instagram post.

Last week, the city’s Beaches, Parks and Recreation Department made the decision to fill Ralphs Skate Court with sand as skaters had continued to visit the park despite signs posted warning against trespassing since the park’s closure on April 1.

“The kids are cooped up inside their house; they just want to go to the skate park and have some fun,” he said. “As soon as the skaters showed up, we got a broom and shovel and we helped them sweep that thing up and get the sand out of there.”

As of this posting, Ericsson had not responded to San Clemente Times’ request for comment, nor had Samantha Wylie, the city’s recreation manager for the parks department.

During the city council’s meeting on Tuesday, April 21, Mayor Dan Bane addressed those community concerns, stating that while he doesn’t know if the council would have approved the decision going forward, the “city’s staff has been doing a phenomenal job” throughout the coronavirus pandemic.

He then said that the city’s staff has received a lot of hate mail threatening their safety. Bane stressed that such threats toward staff would not be tolerated and are never acceptable.

“I want to make it very clear that we will make every effort to protect our staff. . . . The moment you cross that line with staff, we will aggressively” address the issue, he said, also adding: “If you want to voice your displeasure, that’s your First Amendment right to do so, but a line was crossed.”

Teenage Yogi Expands Brand of Helping Others with New Partnership