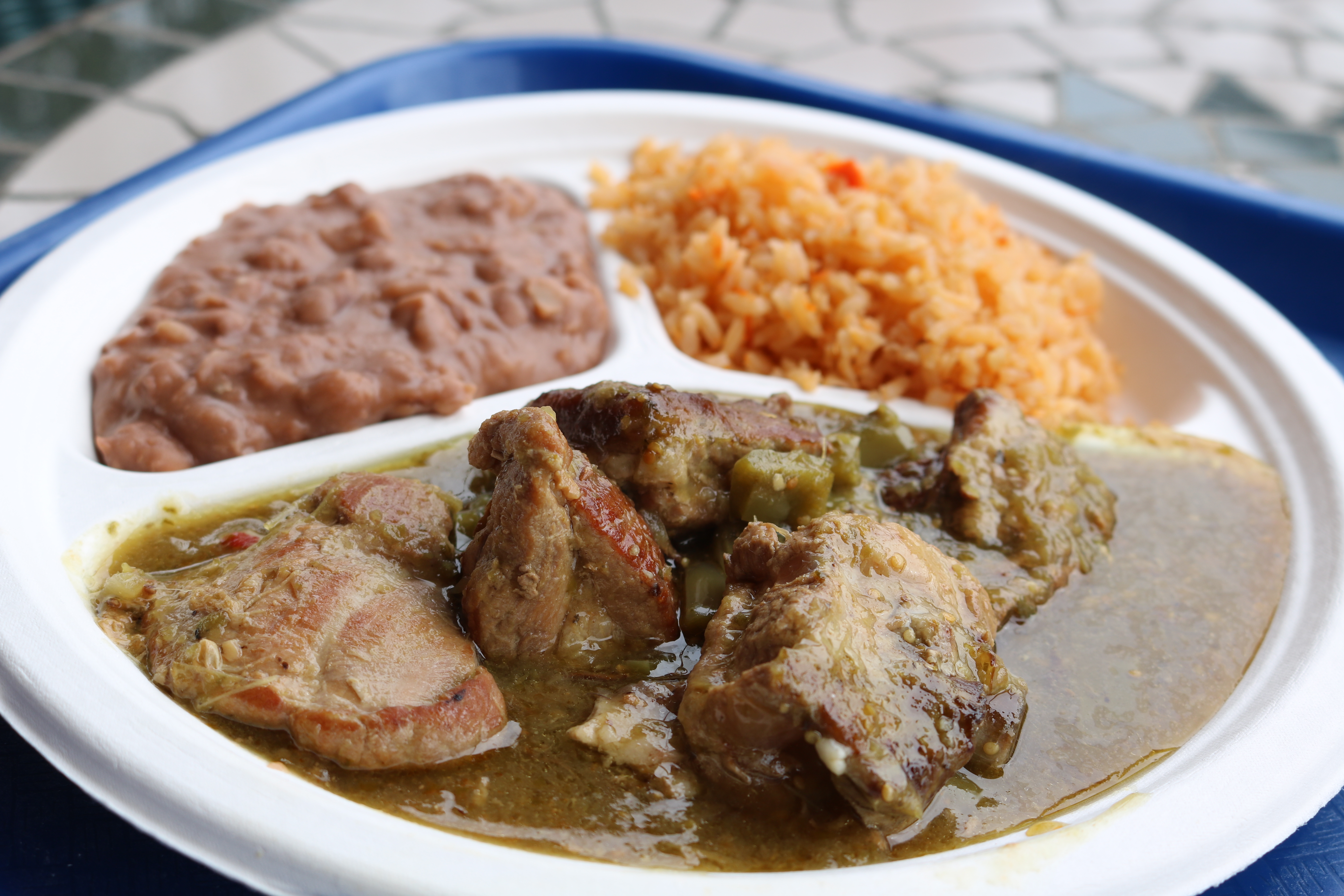 The word “unctuous” blitzed the food scene (and the food writing and commentating scene) a couple years back. In the culinary sense, it refers to a quality in certain food that is, unsurprisingly, hard to describe: melty and evanescent while also rich and umami-filled.

But in a different, bookish sense, unctuous carries at best a lukewarm connotation—typically it’s used to describe overly-flattering or “greasy” people.

It’s unclear how the semantic divide was created, but “unctuous” is now a useful tool for the efficiency-minded food writer, and it was the first word that came to mind while eating Aurora’s Taqueria’s green pork ribs.

Fall-off-the-bone chunks of pork were served in a spicy green chili and onion sauce. The meat was tender and imbued with the heat, salt and verdant punch of the chili. Fat was perfectly rendered and apportioned on the meat and in the sauce, giving it a very truly unctuous mouthfeel (that is, oily), but that fatty coating bound the rice, beans, green salsa and tortilla with which the ribs were eaten.

To be sure, the best food defies easy definition and doing so is like dissecting a perfect one-line joke. So the final word on the ribs is: go taste them for yourself.