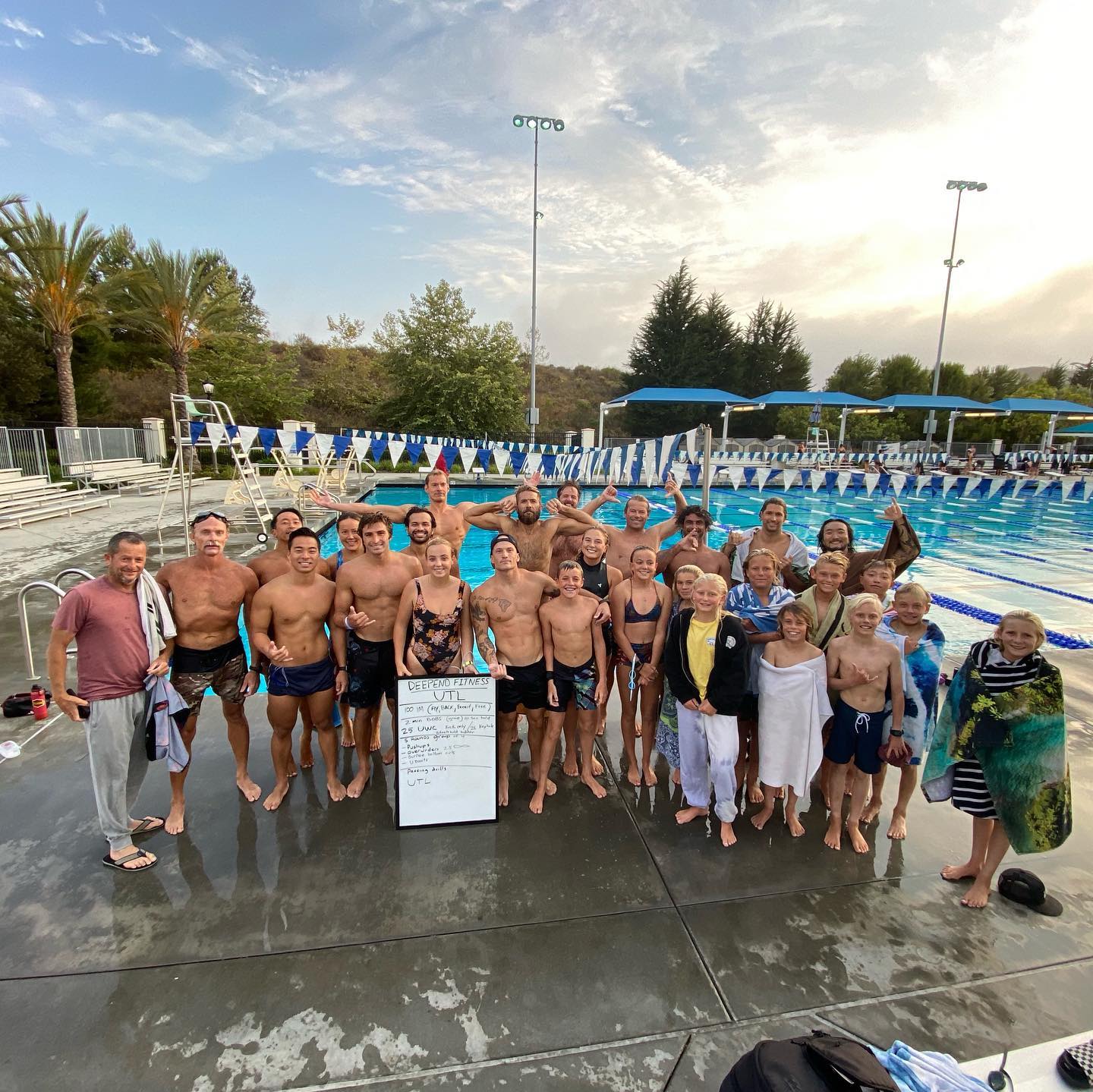 Dive into the Deep End

When It Comes to Feeling Comfortable in and Under the Water, Deep End Fitness Has Answers

There’s never been another surfer like Kelly Slater, and last week he proved that yet again with perhaps the most masterful performance of his storied career. A week shy of turning 50 years old, Slater won the Billabong Pro Pipeline in heavy, hollow Pipe conditions.

It was Slater’s eighth win at Pipeline, his first coming a full 30 years earlier in 1992. For a little context, nobody who was still in the draw on finals day had even been born yet. And while he was unsure what the future holds for him, with tears in his eyes, Slater said it was “the best win of my life.”

To us mortals who just want to be able to keep surfing as long as we can, Slater’s age-defying abilities may seem baffling, but one of his secrets is that he spends an inordinate amount of time in the water.

And while charging 12-foot Pipeline regularly may be out of reach for most of us, there’s a program in San Clemente that’s designed to help folks feel more comfortable under the water and give them the confidence to keep pushing forward.

Deep End Fitness in San Clemente was founded by a pair of former Marine Special Operators in 2018 as a way to train and prepare for whatever life threw at them.

“The workouts consist of breath work, surface and sub-surface swim movements and body weight exercises,” explains instructor Tyrus Griffin. “Currently, our programming is being used in performance centers, with the athletic training departments of several sports teams in between the NBA and MLB, as well as Olympians, UFC fighters, professional and amateur surfers.”

As far as surfing goes, the training program is phenomenal for developing lung capacity, endurance and confidence in and under the water.

When she’s not chasing world titles around the globe or inspiring the next generation of girls to chase their dreams, Hawaii’s five-time world champ Carissa Moore has been known to jump in the pool with the Deep End crew.

“I really enjoyed diving in the deep end—literally and metaphorically—with Deep End Fitness San Clemente,” Moore told the San Clemente Times shortly before finishing runner-up at the Billabong Pro Pipeline. “It is great cross-training for surfing and getting pounded. Becoming more conscious and learning how to remain calm and save energy underwater is huge to overcoming my fears and pushing my performance in the ocean.”

But the program isn’t just for top-flight professional athletes. The training is useful for anyone who wants to develop their skills and mental fortitude in the water.

“Supporting one another and developing that sense of community is also a big part of it,” explains instructor Jason Kenworthy, who played a big role in Deep End Fitness coming to the area.

“We have people that are trying to overcome their fears of the water or looking to make a life change, as well as Olympic-caliber athletes in the pool at the same time, and everybody’s learning and improving together,” he adds.

And in terms of a personal testimony, a few months ago, Kenworthy invited me to join him for a training session.

Having surfed my whole life, played water polo in college and worked as a beach lifeguard for a number of years, I like to think I’m pretty comfortable in the water. But there’s always something to be learned and improvements that can be made.

After passing a quick water safety test, the workout lasted almost two hours. We went through a variety of exercises and drills, and to be honest, by the end, I was gassed—and for a few days after, I was pretty sore, but sore in a good way, the kind of way that you can tell is making a difference.

If you’d like to see what Deep End Fitness is all about, they meet at the San Clemente Aquatics Center every Monday and Wednesday evening from 5:45 to 7:30. There’s more information available on its website at deependfitness.com.