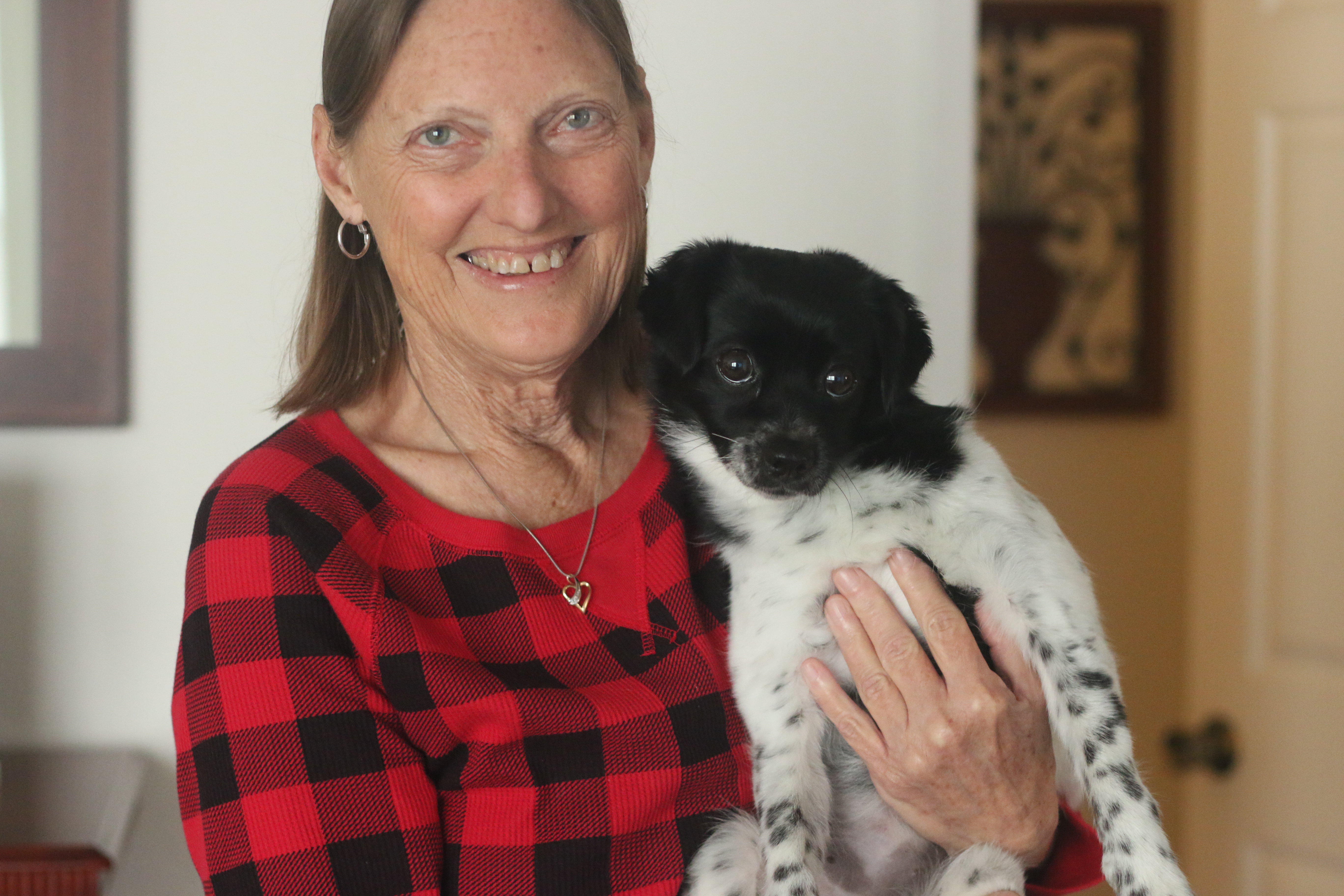 Unable to work due to a disability, Sarah Dougan adopted a small rat terrier dog that warmed her heart.

Unfortunately, the dog is also afflicted with a terminal illness.

Betsy, the adopted terrier, doesn’t have health problems that are immediately apparent. At first impression, she can be seen running in circles, barking and showing affection to her owner, Dougan. But a report from her veterinarian, Dr. John Agostini of San Clemente Veterinary Hospital, describes a dark diagnosis.

“I adopted Betsy on July 2, a month after my (other) dog passed away,” Dougan said. “I picked her up at the shelter and had filled out the adoption papers. Her medical report said everything was ‘normal.’ I brought her home and we bonded right away. After I brought her home, we had a real bad heat wave, and she started getting sick.”

After a while, Betsy’s symptoms worsened. It appeared that the heat may not have been a contributing factor to her illness.

“I took her over to Dr. Agostini and he did some tests on her and came to the conclusion that she had some kind of liver disease,” Dougan said. “I ended up having to take her back to the San Clemente-Dana Point Animal Shelter.”

The medical bills for Betsy began to pile up.

“I didn’t have $2,000 to pay for treatment and medicine—I had just spent a couple thousand dollars on her and my other dog—so I ended up having to take her back to the shelter and leave her there. And I was crying; it was awful.”

Betsy was taken to Agostini’s office where more tests were conducted to determine what kind of medication she would need. He kept her there for nearly three months, Dougan said.

The results were not good.

“She has multiple liver shunts and she can’t have surgery,” Dougan said. “She wouldn’t make it through the surgery.”

Dougan wrote a letter to the Pet Project Foundation describing her circumstance.

In her letter, Dougan said she would take care of Betsy for the rest of her life, but she needed to know how much medication and treatments would cost.

Dougan was allowed to bring the dog back home with her in early February.

Currently, Dougan is not working and is on disability. She said Betsy helped her get through some tough times.

“Betsy is like therapy for me,” Dougan said. “She just takes a lot of the pain away; I don’t think about it with her. And I think I’ve been therapy for her. We (Dougan and her roommate) just love her.

“When I first adopted her, I told her this was going to be her home,” Dougan added. “She gave me just so much happiness and joy.”

Sally Silva, the chairperson of the Pet Project Foundation board of directors, said the foundation was able to fund a significant portion of the medical bills to continue Betsy’s treatments as well as with contributions from Agostini.

The foundation’s A Rescue Mission program transfers dogs from shelters where they may not have much time before the dog is euthanized. Betsy was saved from one such shelter.

“If any dog or cat is in need, they contact us and we do it on a case-by-case basis,” Silva said. “If you have a sick dog or cat, we can try to help you.”

The foundation works with veterinarians throughout San Clemente and Dana Point.

Betsy requires fairly constant attention. Her stomach is bloated and she has hernias throughout the midsection of her body.

“Betsy is drinking a lot of fluids, and I have to watch her,” Dougan said. “I give her special medicine twice a day, which is no biggie. She’s also eating food especially made for the liver to make sure nothing gets any worse. It’s the water retention she’s dealing with now. I think Dr. Agostini might put her on another medication. Taking care of her, it doesn’t even really feel like work to me. She does really well. She loves to walk, do tricks. She acts a lot like a normal dog in a lot of ways.”

Dougan said the veterinarians at SC Vet were very “compassionate” and assisted Betsy in her worst conditions.

Although Dougan went back for Betsy, she said affording the medical bills without the help of the Pet Project Foundation would not be possible. She said people should have their dogs examined before adopting them, if not for the emotional attachments.

“When adopting a dog, you should get a blood test right away because that way you can tell if the dog has something and you don’t get attached to it,” Dougan said. “If I adopt another dog after Betsy, the first thing I’m going to do is get it a blood test.”