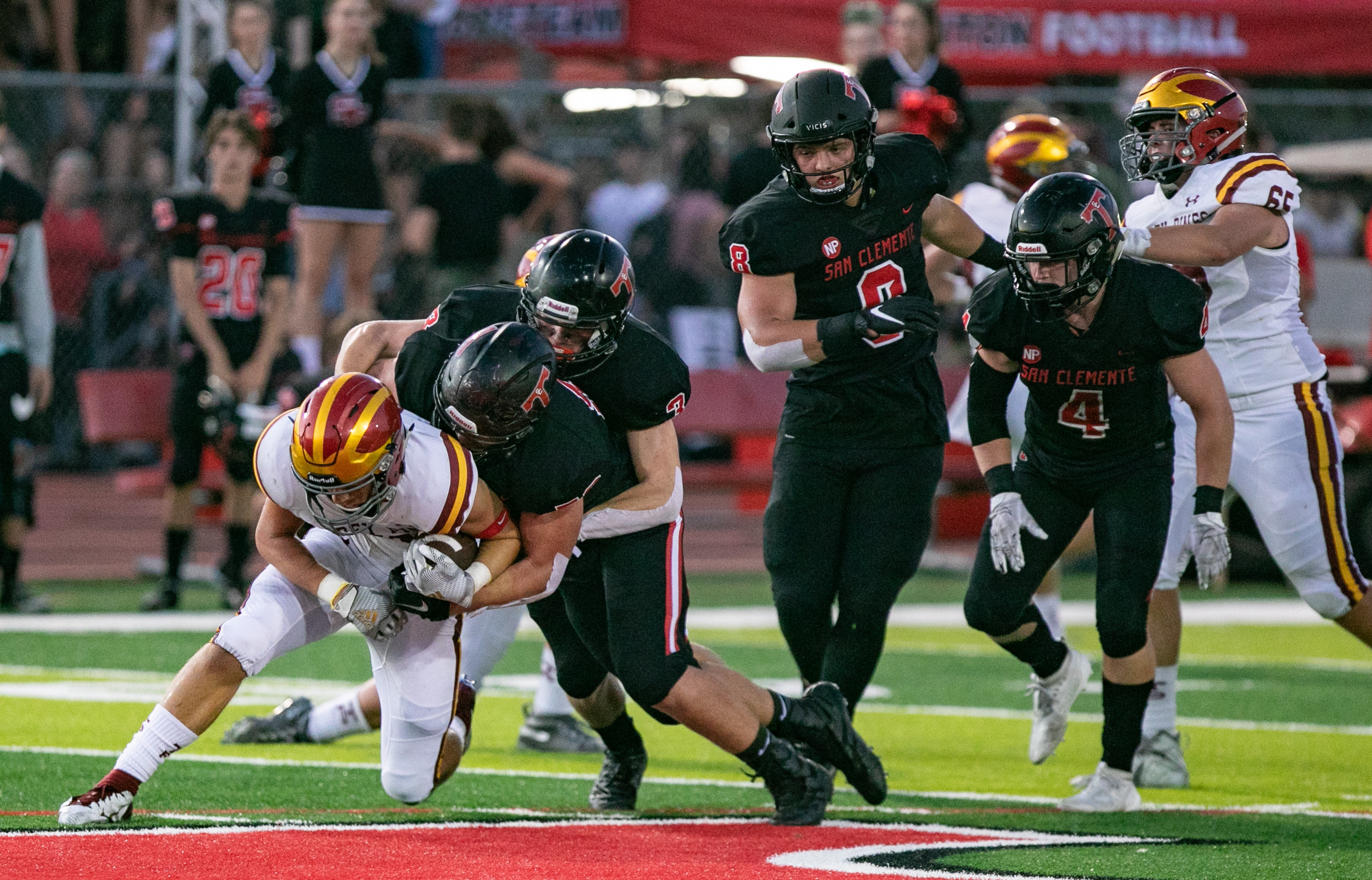 The difference in the San Clemente football team’s start to the 2019 season (3-0) and the 2018 season (1-4) comes down to a single, hard-hitting group: the Tritons defense.

The Tritons averaged more than 34 points per game over their first five games, but after winning the opener, San Clemente lost four straight for the first time since 2013. Three of the four losses came by a combined six points.

The problem was the defense, as the Tritons allowed 36 points per game in those first five and forced only three turnovers in the four losses, with late scores breaking the games.

San Clemente went back to drawing board and shook up the defense after that start, and then the Tritons went on a run.

San Clemente forced four turnovers in a win over Edison and a total of 16 turnovers during the ensuing six-game win streak, allowing an average of 20.5 points in that stretch.

That tenacious, ball-hawking mentality of the defense has carried over to the start of the 2019 season, and it’s been vital as the San Clemente offense finds its footing.

San Clemente has allowed 13, 7 and 12 points for an average of just more than 10 points per game in this three-game win streak and has forced 11 turnovers. The Tritons collected six turnovers in their home opener against Torrey Pines.

San Clemente will have its hands full with another top San Diego foe against Lincoln of San Diego at home on Friday, Sept. 13. Lincoln (3-0), the defending CIF-San Diego Section Division 2 champion, is ranked No. 3 in San Diego and scoring an average more than 34 points per game.