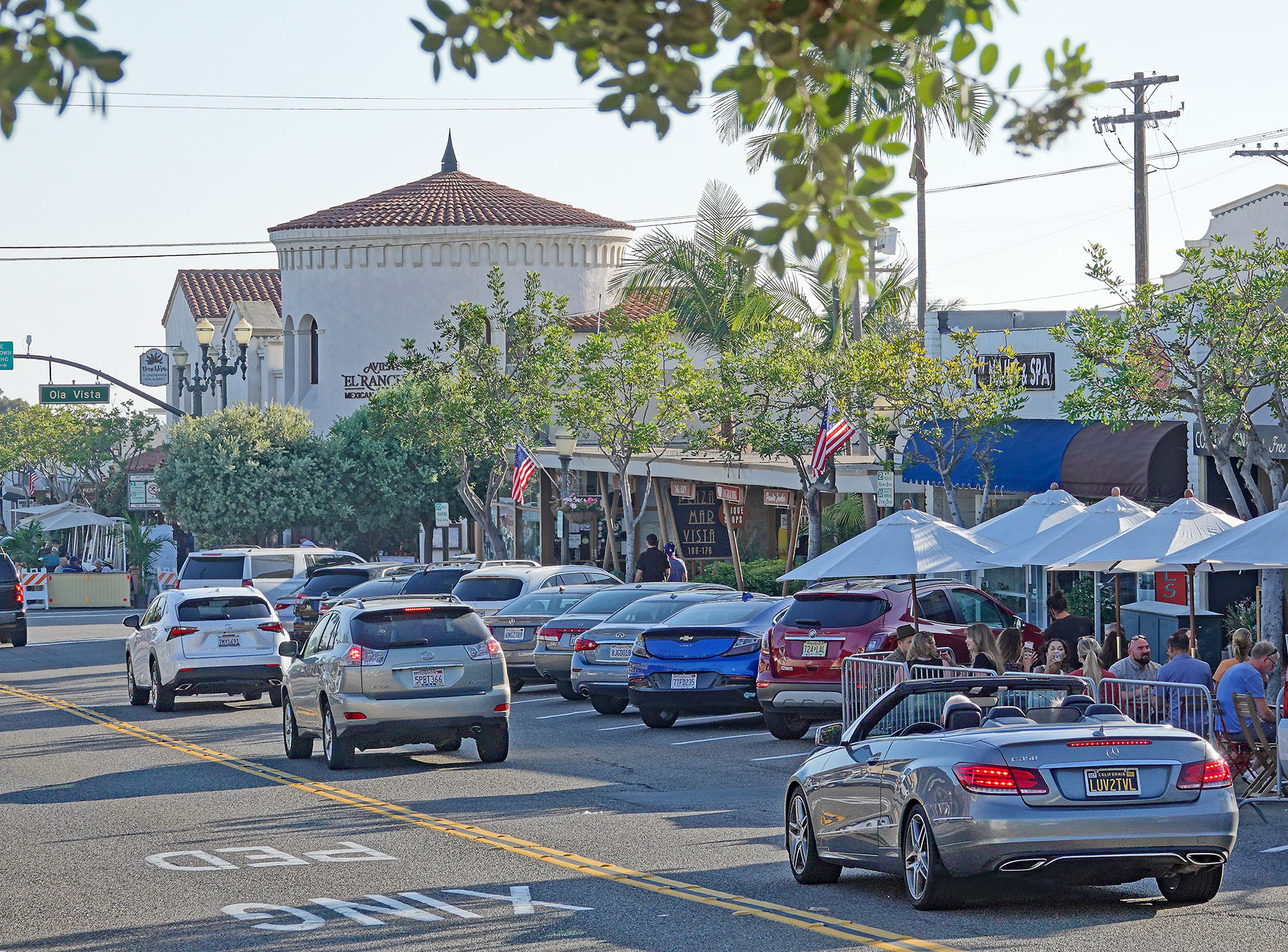 In an attempt to further strengthen the health of the downtown areas in San Clemente, local business owners have recently met with a consultant to determine the viability of creating a special district.

Community benefit districts—as Marco Li Mandri, a consultant and president of New City America, would call them—use funding to provide services beyond the city’s general benefits, create demand for visitors, and shape a district identity that allows for future success.

Li Mandri has operated in the industry since 1995, and he has been involved with about 90 similar district projects across Southern California and the nation.

“New City America, Inc. works with urban communities across the United States to facilitate the formation of districts with sustainable revenues, ultimately empowering communities with hyper local administration that increases the quality of life for all those who live, work, and play there,” a description of the company’s services stated on its website.

A few months ago, an interaction between Li Mandri and Economic Development Director Jonathan Lightfoot of the City of San Clemente started the process, as Lightfoot relayed how local business and property owners liked what was happening with the revitalization of Little Italy in San Diego—an area in which New City America has been involved.

Although Downtown San Clemente had not been hit as hard as other cities during the pandemic, Li Mandri was asked to present a proposal to help the city strengthen its business district. That led to a meeting with the San Clemente Downtown Business Association leaders, who wanted to look into the process of establishing such a district.

Meetings began on May 2, followed by another on May 16, which had fewer attendees but did include good discussion, as Li Mandri pointed out.

“Normally, a city will provide curb-to-curb (services), which is basically the street, and curb-to-property line is normally the responsibility of the business or the property owner,” Li Mandri explained about how community benefit districts are valuable.

“Now, the City of San Clemente does much more than a lot of other cities,” he continued. “It has the hanging plants, it’s got the nice little seating areas, but it doesn’t necessarily create demand for the businesses and properties that are within that area.”

Benefit districts work to get more people coming through the doors of retailers, restaurants, and bars, and to tell the surrounding areas about all the assets a certain area has.

Potential projects include cleaning and sanitation of the sidewalks and other important areas, as well as beautification, marketing, and parking management.

The most recent meeting on the proposal focused on determining the boundaries for a study area, in which a survey was scheduled be mailed out on Wednesday, May 25, and Thursday, May 26, to know if property owners are “conceptually supportive” of a financing mechanism tied to the property-tax bill.

“The assessments, if they’re approved eventually by the property owners, can only be spent within that area and can only fund things that are over and above what the City of San Clemente is providing to downtown,” Li Mandri said.

Meeting attendees determined that they will include the Pier Bowl, Avenida Del Mar and the streets that bracket it, including Avenida Cabrillo and Avenida Granada, and El Camino Real.

The survey will also look to identify each of the property owners so that a steering committee of various stakeholders knows with whom it needs to work, to learn people’s priority services, and to gather data for further communication.

At the end of the first five months of Li Mandri’s contract with the city, he will write a report of his findings from the meetings and survey results for the city manager that describes whether a base of support exists to write a district plan.

“When you’re making this determination, you cannot look at assessed valuation, because we have Prop. 13; you have to look at what does each building and property have in common,” he said. “They all have linear frontage, they have a lot size, and they have building square footage.”

Li Mandri added that the determination rates all the owners’ support or opposition, with the goal of getting 30% of the total linear frontage, lot size, and building square footage, because he believes that he can work to raise that level of support to get the official “50% plus one” majority of owners to support the district.

Funding for the community benefit district would come through a line item on owners’ property-tax bills, which would then be collected by the county, transferred to the city, and then to a nonprofit corporation that would be contracted by the city to use.

A native San Diegan who works nationwide, Li Mandri noted that he had never been to Downtown San Clemente, and said that if the city could merely expand its reach and social branding up the coast to Newport Beach, that alone could bring in hundreds of thousands of potential visitors and consumers.

“It’s just a question of getting a funding mechanism in place to allow those businesses and property owners to say, ‘This is how we bring people here. This is how we can create more sales taxes and sales for us, as well as sales taxes for the city,’ ” he added. “It’s really a strategy for vibrancy.”

Property owners within the study area will be asked to return their surveys by June 17, at which point the steering committee will find who has not yet responded, hoping to get every response possible by late June to mid-July.

The responses will be distributed to steering committee members, leading to Li Mandri’s eventual analysis.