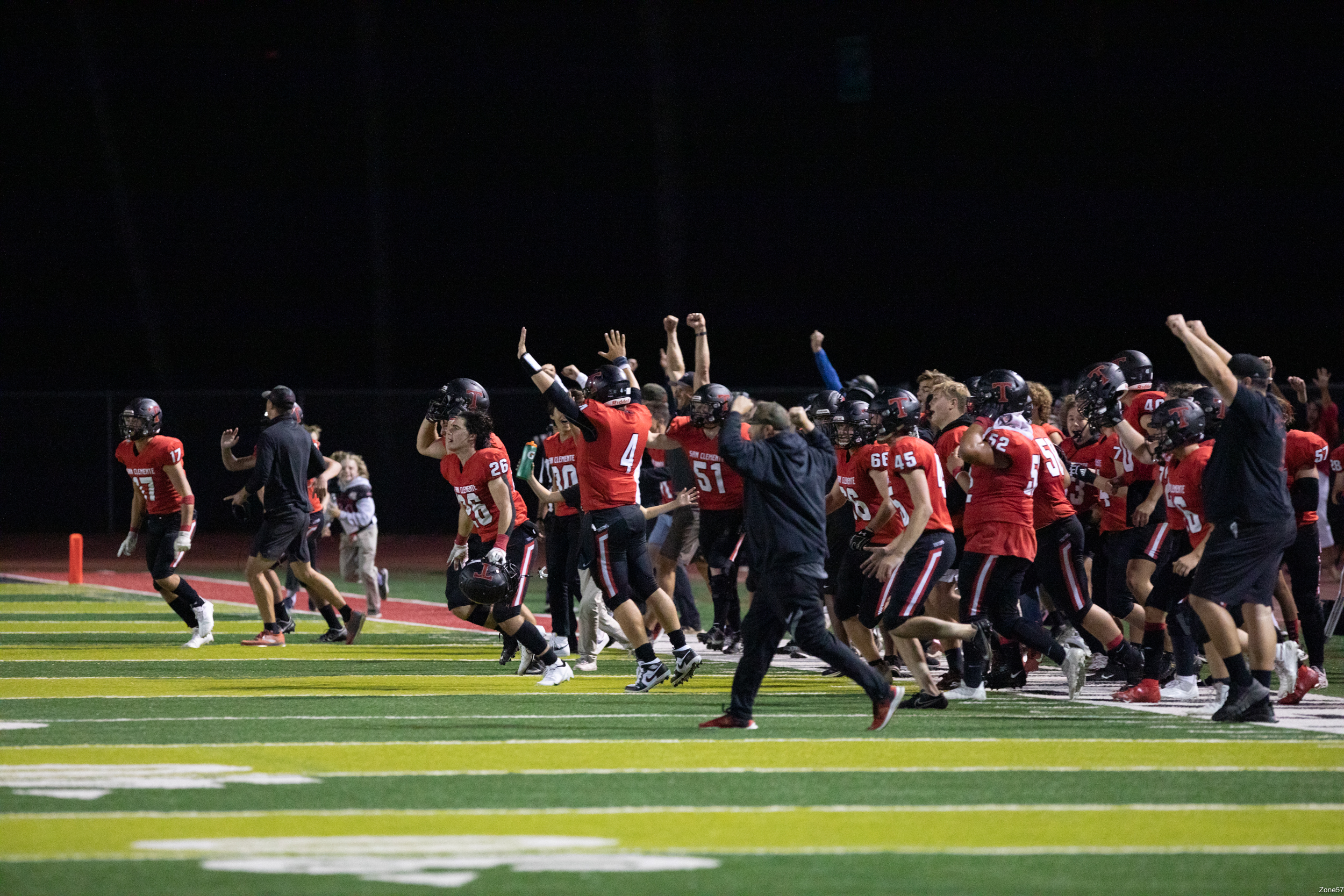 It was the first full Homecoming festivities in nearly two years for San Clemente High School on Friday, Oct. 1, and the city was more than ready to showcase its “One Town, One Team” spirit.

The city shut down Avenida Del Mar for celebratory return of the annual Homecoming parade, and with the vigor of an entire town behind them, the San Clemente football team rallied for another dramatic upset victory on Friday night.

Junior running back Blake Allen punched in a 4-yard touchdown run with 14 seconds remaining to vault San Clemente over visiting Loyola of Los Angeles, 24-21, to send the Tritons into their bye week on a high.

San Clemente (5-2) had opened its season in strong fashion with a three-game winning streak over out-of-county foes, but the Tritons were brought to a halt in a defensive struggle against Corona del Mar and a shutout by Edison. San Clemente has got itself back on track with two storybook finishes with a game-ending field goal block against Murrieta Valley two weeks ago and this comeback on Homecoming night against Loyola.

Allen put on a show with a career-high rushing performance that culminated with the go-ahead touchdown. Allen carried the ball 25 times for 158 yards – both career high marks. Allen also caught two passes for 13 yards and a touchdown.

San Clemente opened the scoring with a 27-yard field goal by Sean Harry, but Loyola led 7-3 after the first quarter, 14-10 at halftime and after three quarters. San Clemente jumped ahead on the TD pass to Allen, 17-14, but Loyola responded for a 21-17 lead. San Clemente got the ball with less than six minutes remaining and finished on the go-ahead score with 14 seconds left.