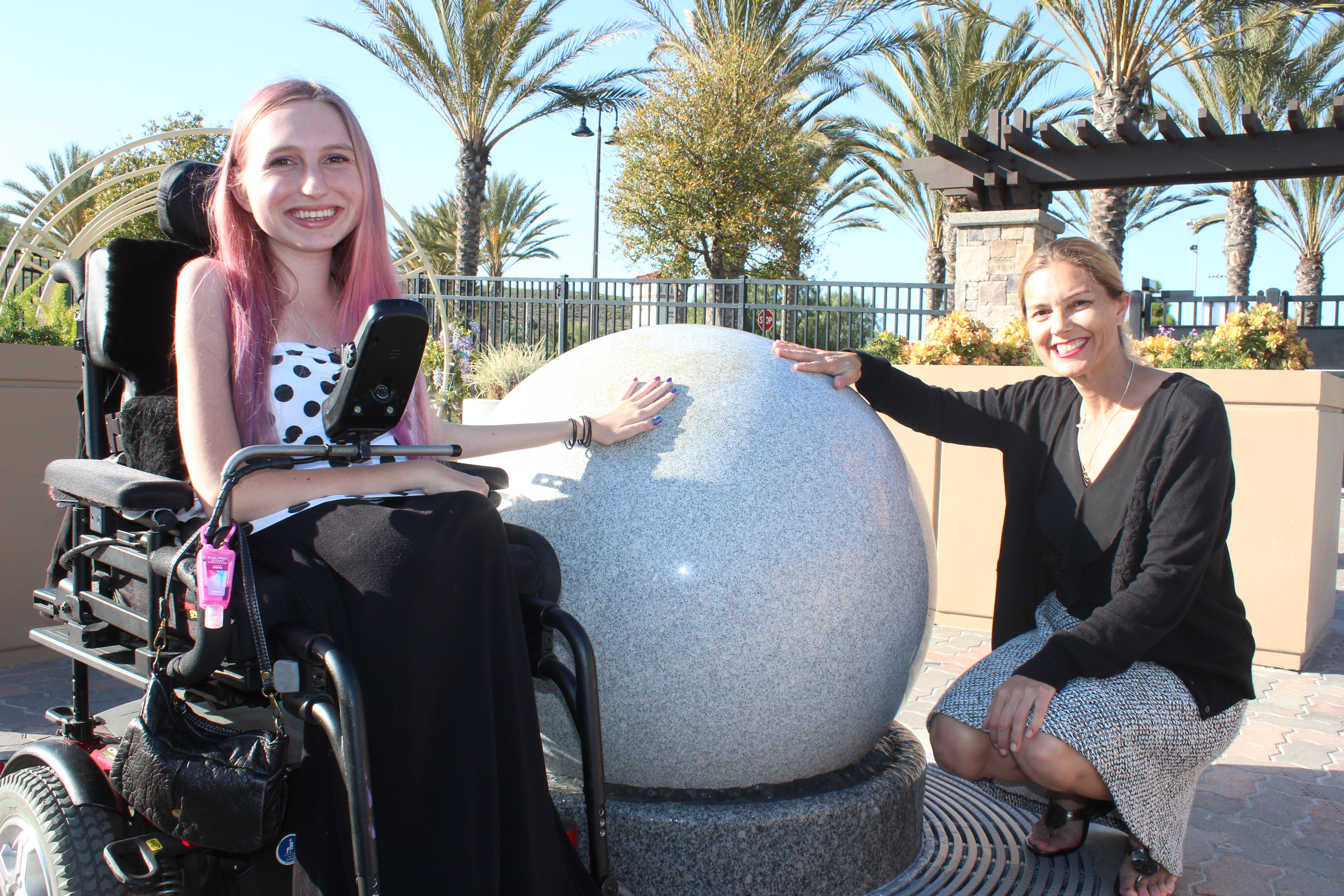 After more than 10 years of work, Courtney’s SandCastle is finally complete

This Saturday, a more than decade-long journey will come to an end.

Courtney Smith, now a senior at San Clemente High School, and a seeming legion of adults who helped to shepherd the dream of a universal-access playground into reality, will celebrate at 10 a.m. Saturday as the second phase of the Courtney’s SandCastle playground will officially open to the public.

The new portion of the park will help transform it into a learning center for children with disabilities to celebrate all five senses. Phase two additions bring a pair of water features—including a simulated tide pool—musical panels and a path along which children can touch and smell different varieties of plants designed to stimulate the senses. This second phase completes the park, which opened in 2012 along with the rest of Vista Hermosa Sports Park, and is designed to be accessible to children of all ability levels.

“It is an absolute, surreal dream come true,” Smith said. “It’s amazing, and way better than anything I ever thought it could be. They took an itty-bitty space and turned into a huge, Disneyland-like park. It’s surreal and wonderful to be in it.”

Smith, who currently hopes to attend the University of Washington to study computer science engineering, said she typically comes up to the park “every couple of weeks” to watch children play there. She also gets stopped by people at stores with exaltations about how much their family enjoys going to the playground.

“It’s absolutely amazing,” Smith said. “It’s a dream come true to have it done at all, but to have it be able to serve as a finale to my time in San Clemente before I go off to college is the perfect end to my childhood.”

Working to Make it Happen

While serving as president of the Junior Woman’s Club, Mina Santoro, the president of the Courtney’s SandCastle Foundation, first heard about the work Smith’s family had put in to just let her play. Smith and her mother had made a presentation asking for support for Smith’s riding lessons at the Shea Center in San Juan Capistrano.

“When I met her, she mentioned that they were looking for a playground, rather than traveling to Griffith Park, more than an hour away, and they would like one in the city,” Santoro said.

The project was initially slated to go into Steed Park, then at Marblehead Coastal (in what will eventually become the Jim Johnson Memorial Sports Park), but when the residential developer went bankrupt, the project seemed to be dead in the water.

Bill Thomas, who was serving on the city’s Beaches, Parks & Recreation Commission at the time, as well as on the board of what is now the Friends of San Clemente Foundation, said after the Marblehead proposal went bust, he went around taking pictures at different city parks trying to find a place that might be able to accommodate the playground, and came to the conclusion the only place was the Vista Hermosa Sports Park, especially since the additional costs could be better accommodated there.

“When the plan was extinguished at Marblehead, we thought we’d lost it,” Thomas said.

At that point, Don Glasgow, a hard-charging volunteer, came on board the effort, hoping to work on “regenerating enthusiasm” for the project.

“I realized how important it would be to a left-behind segment of our population with special needs,” Glasgow said.

Glasgow helped move the Courtney’s SandCastle Foundation out from under the Friends’ umbrella, as an independent entity, and began raising funds once the organization received its federal nonprofit status. He and other volunteers used that time, and the time afterward, to begin “building a brand” for the organization.

“We met with almost every civic group in town,” Glasgow said. “We wanted them to see the plan and for them to get involved.” That got groups like the city’s Rotary and Kiwanis Clubs involved in the effort. A donation of 1,000 sandals from Rainbow Sandals ended up raising $35,000 when Glasgow and his wife sold them on eBay. Personalized tiles, situated on the walls of the restrooms at the facility, also helped to raise money.

Due to the cost of the project, the phased approach was used at the initial construction. The first phase, including the “castle” and “ship” play areas, was opened along with the rest of the sports park in 2012 with the hope of adding the second phase soon after.

A $110,000 pump-priming contribution by the city later that year spurred another year of fundraising to reach the $340,000 goal to match the city’s $450,000 budget. However, the project ultimately had to go to bid three times before the city got a bid close enough that funds could be brought from elsewhere in the city’s coffers, coupled with a $70,000 contribution by new Marblehead residential development builder Taylor Morrison and a final $50,000 from the Courtney’s SandCastle Foundation.

“It’s a textbook case of resiliency,” city councilwoman Lori Donchak, who also serves on the Courtney’s SandCastle Foundation board, said. The second phase of the project was eased by the process involved in getting the project off the ground, she said, because it gave everyone involved experience, in terms of grant-writing and “value engineering” the project to make the most of what was available.

Thomas said seeing the potential of the park’s impact in the years it’s been opened only steeled the resolve to get the final push done.

“I’m just thrilled with what’s happening with the users,” Thomas said. “I wish we had more special needs kids using the playground. And now, with the sensory garden, the playground will let people recreate. It’s probably the most unique children’s playground in the state of California.”

“This is a unique park, and we will need to take care to keep the maintenance at a high level. The public works staff have taken particular care to understand what is needed to prolong the life of the amenities, and I am confident that they will continue to do a great job,” Passow wrote in an email. Some projects may be done on a volunteer basis, she noted, though day to day maintenance would be handled by the city.

Santoro said the foundation is now focused on creating and maintaining a depreciation fund for the playground for upkeep and maintenance, as well as helping to fund transportation to the playground and the installation of accessible equipment at other parks in the city. The city has already begun that process at Max Berg Park, which received accessible equipment in 2013.

Passow said she feels the experience of Courtney’s could be repeated elsewhere.

“By having a successful universally accessible playground with the sensory garden in our city, it shows that this is a doable project,” Passow wrote in an email. “This park is already well loved by the community and appreciated by our patrons of all abilities. I believe that we will look for opportunities to add accessible amenities and pathways as we renovate our older playgrounds in the future. We may look to new groups to partner with or ask Courtney’s SandCastle Foundation to help with other parks. By having this symbiotic relationship, we helped each other achieve our ultimate goal to finish the original dream of the park.”

Santoro said Saturday will be the culmination of more than a decade of work, and that it will be an experience she won’t soon forget.

“I’m sure I’ll cry like a baby,” Santoro said. “It’s been 13 years, and to finally see the vision and dream that Courtney had, and bring it to all the kids, is going to be emotional. We’re going to be extremely happy we were able to complete the dream.”