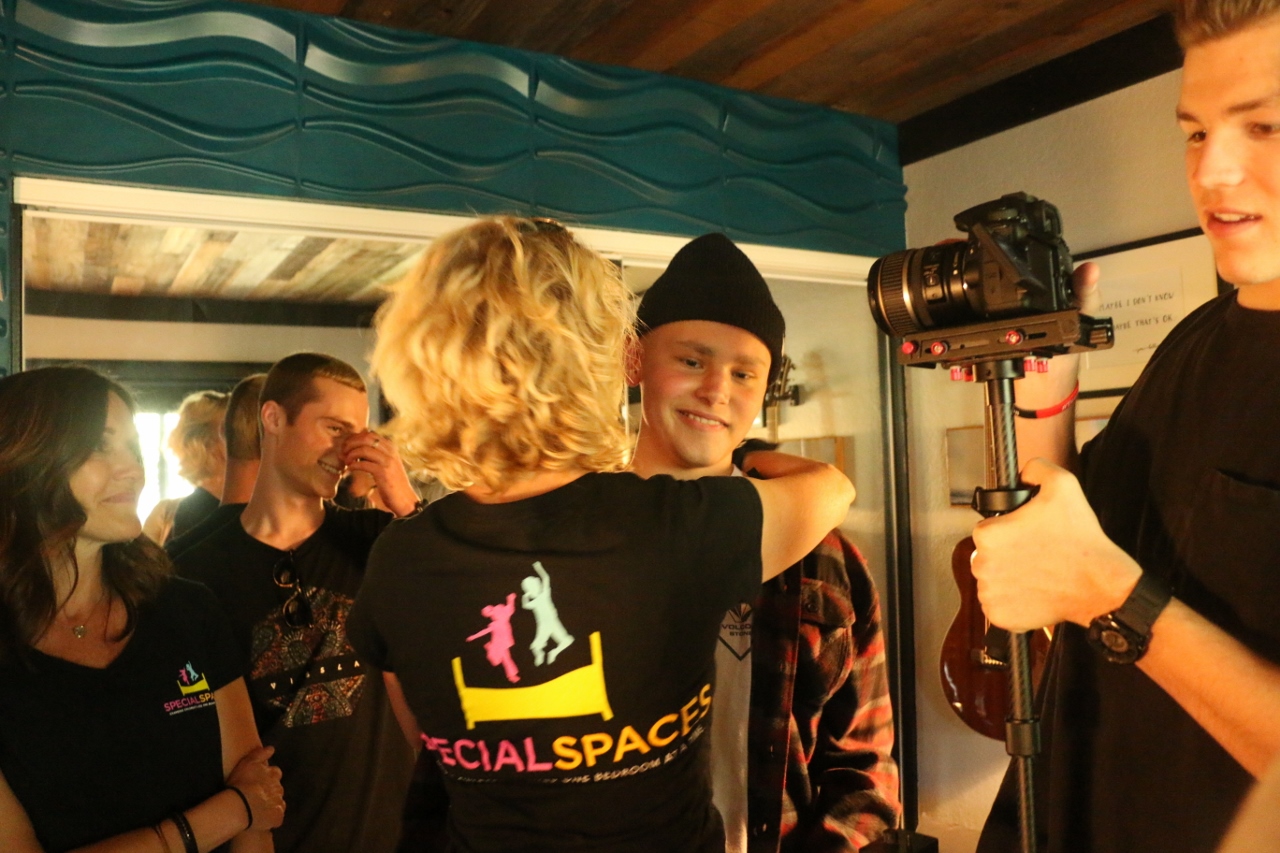 Trevor Salman is greeted by dozens of friends, classmates and family members at the bedroom unveiling on Sunday, March 12.

San Clemente High School students hold up signs with encouragement during a bedroom unveiling on Sunday, March 12, for their classmate Trevor Salman.

Trevor Salman, a freshman at San Clemente High School, was greeted by dozens of fellow classmates, neighbors, friends and family members on Sunday, March 12, for a “Big Bedroom Reveal” by Special Spaces.

The organization redecorated Salman’s room with themes of the ocean, surfing and music. Salman is currently battling leukemia and is going through treatment. The mission of Special Spaces is to help make dream bedrooms for children who are affected by illness.

For more information on Special Spaces, call 949.697.3944 or email Paula Oblen, the director of Special Spaces Orange County, at paula@hotelement.com.