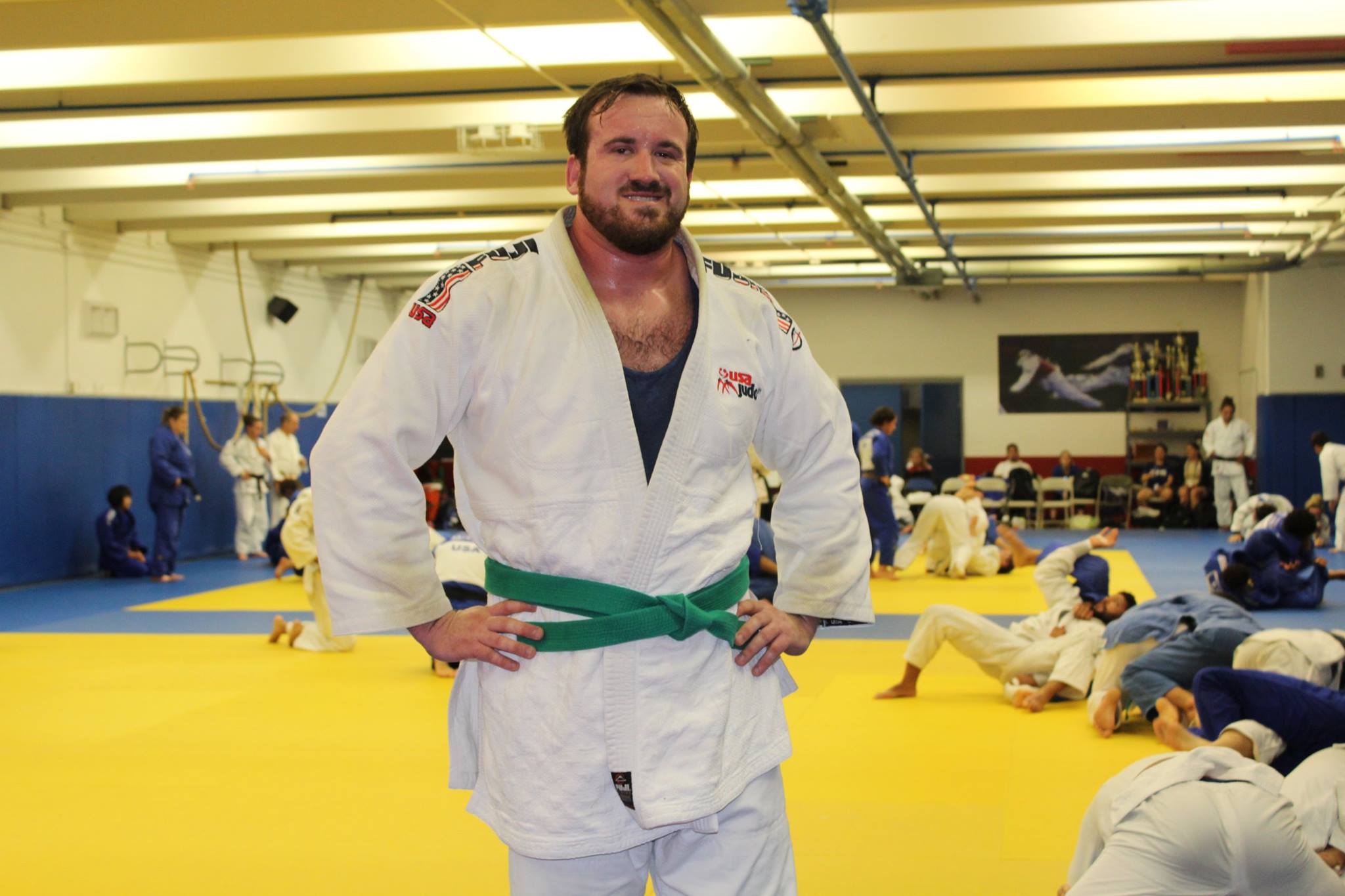 Kevin Brousard can hear the thunderous cheers and feel the love whenever he steps onto the winner’s podium.

He can feel the weight of the medal being placed around his neck. The Star Spangled Banner blaring over the loudspeakers never fails to bring a smile to his face.

The emotions, which always begin to flood his mind in these situations, can sometimes be overwhelming.

He has never seen the face of his opponent on the judo mat, nor the exact spot of where his record-breaking discus throws have landed.

Brousard is a blind athlete.

The 27-year-old San Clementean was born with Stargardt disease, a rare retinal disease that causes central vision loss. He can see some shapes, but his vision is skewed by dozens of little dark spots. His view of the world has always been like that of “a camera that’s out of focus”.

Brousard has been through the ups and downs of growing up blind in America and emerged as an advocate for the disabled and a world-class athlete competing on the biggest of stages.

Whenever he picks up a major victory, like he did when he won gold in the shot put at the 2015 International Blind Sports Federation World Championships in South Korea, he thinks back to a childhood marred by bullying at school but full of love at home. He remembers those who said he would never be able to accomplish his athletic dreams, as well as those who helped nurture his talents and pushed him to succeed.

“It hasn’t been an easy journey,” Brousard said. “But sports has really elevated my life and given me incredible opportunities.”

Brousard attended grade school at Our Lady of Fatima Catholic Church in San Clemente. He was the only disabled kid in his class and he was routinely picked on at an early age.

He was known as “the blind kid” to some. Others told him he was “subhuman”.

The bullying became so bad that he told his family he wanted to end his life when he was nine years old.

Supported by the love of his family and friends, Kevin found comfort in the world of sports.

Kevin and Patrick grew up playing basketball in the family’s backyard, pretending to be Kobe Bryant and Shaquille O’Neal. Cathy remembers Kevin having a soft, shooter’s touch, able to knock down shots from anywhere.

The Brousard kids played in every local sports league, from the NJB to the Boys & Girls Club. By the time he came to San Clemente High School as a freshman, Kevin knew he wanted to try out for multiple teams.

Kevin’s disability, which was officially diagnosed when he was in his teens, made certain hand-eye activities difficult for him. His size, strength and athleticism, however, made him an asset in a sport like football, where he could play on the line.

He made the freshman football team in the fall and heard about throwing shot put and discus in track and field in the spring. He approached the freshman throws coach and told him about his situation but was told he was too much of a liability with heavy objects flying around.

After visiting the coach’s office “five or six times” Brousard convinced him to let him join the team. He was the worst thrower on the squad that year, but he loved it. He knew he could eventually be great at it.

As his body continued to grow, he grew to be 6-foot-4-inches his junior year, and his skills developed, Brousard became the team’s top thrower. He lettered in football, playing offensive line, and track and field his junior and senior years.

“He is a super hard-working person. When that guy puts his mind to something, he gets it done,” Domenichini said. “I think that’s his personality, but I also think it’s a byproduct of his condition.”

“I know people, no matter what, will doubt me whether it’s athletically, professionally, socially,” Kevin added. “I know I have to work that much harder than the average person to show what I’m capable of doing.”

A standout career at the University of La Verne followed. He threw shot put and discus for four years in college and began to compete on the international blind track and field circuit.

He picked up a silver medal in the shot put at the IBSA World Youth Games in 2007. He won gold in the shot put, discus and javelin at the 2009 IBSA Pan American Games. At the 2015 IBSA World Championships in Turkey, he set an American record with a throw of 44.5 meters in the discus. His new goal was to throw for the United States in the Paralympic Games.

In blind track and field there are multiple classifications of disabilities. In the buildup to the 2016 Paralympics in Rio de Janeiro, Brousard’s classification of blindness was taken off the list of events and will not be offered in future games. Brousard was told the decision was made based off logistics.

What he had been striving toward for 10 years was suddenly not an option.

Determined to keep competing, Brousard turned to the sport of judo as a way to reach the Paralympics, despite having never attempted any form of martial arts in his life.

After roughly a year of training, he chose the 2016 Paralympic Trials to be his first major judo competition and finished dead last.

But just like in track and field, Brousard refused to give up so easily.

The first initial months of training featured him getting tossed around the gym by experienced fighters both disabled and sighted. He grew more comfortable grappling and throwing opponents, making steady progress every week.

He’s now a member of the USA Paralympic National Team and wants to be its heavyweight judo representative at the 2020 games in Tokyo.

Brousard now lives in Colorado Springs, within a few discus throws of the United States Olympic Training Center, where he trains twice a day. He works as the membership and outreach coordinator for the United States Association of Blind Athletes, working to get more blind people involved in sports and recreation.

He gives motivational speeches, sharing his own story of struggle and success. Brousard is a living embodiment of the ideals he preaches at schools, halls and civic centers.

It makes those moments atop the podium that much sweeter.

“I was down in that hole and now here I am on top of the world with an American record,” Brousard said. “I think about all the people that were out there who are in that dark time and how they think it’s impossible to come out of it. As an athlete, you’re showing those people there is hope.”