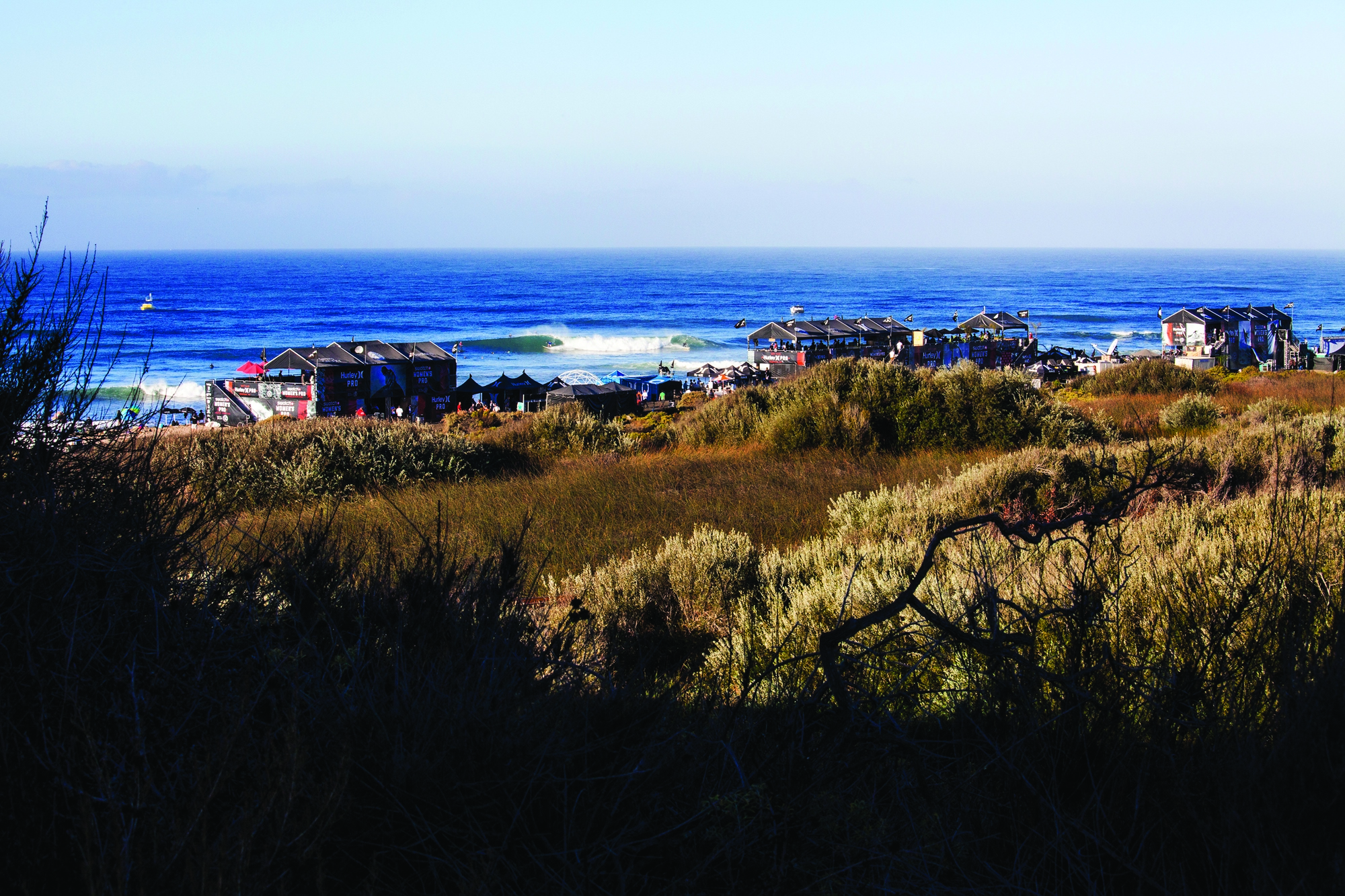 The Drumbeat of Summer: South Swells Pumping in South OC

Packed lineups, shark sightings and plenty of south swell kicks summer off with a boom

After a deluge of June gloom and south winds, summer has certainly arrived. Roaring wildfires, scorching temperatures and ample surf have San Clemente and Dana Point in the swing of the season. Last weekend, the first in a trio of swells hit area beaches, and everybody and their mother’s uncle sprang into action. By Sunday morning, Salt Creek, Trestles, San Onofre and surrounding spots were overflowing.

“Summer’s definitely here,” joked Trestles regular Mark Stevenson. “I was down at Lowers at first light on Sunday and I think I got four waves in four hours. It was ridiculous. All the usual pros…young kids were out. Kelly Slater showed up on his electric bike with his little dog, Action. I don’t know if any ripple went through unridden. It was full on.”

Lowers has a reputation for being one of the most, if not the most, congested surf spot in California in the summer, and with the forecast beckoning, surfers from San Diego to L.A. braved weekend traffic to score, in the words of Jeff Spicoli, “a few tasty waves.”

“It’s been a pretty bad summer up around L.A. We just don’t get the souths like you guys do down here,” said Los Angeles surfer Mike Jones, who’s normal haunt includes the greater Topanga area. “A couple friends and I decided to head down and try and get a few. It’s pretty crowded, but everyone seems to be getting along alright. I got a few good ones that made it worthwhile.”

One thing that isn’t worthwhile is the line to get into San Onofre. By 8 a.m. on Sunday morning, the line was wrapped entirely around the waiting area on top of the bluff and spilling out into the main road. People reported waiting in line for nearly two hours. There’s not much California State Park officials can do about the issue because there are capacity limits and only so many parking spots to go around—but get this, if you don’t want to waste your time, there isn’t a shortage of other great beaches in the area.

“I saw that line and immediately went somewhere else. With the wait time so long, you could be done surfing somewhere else by the time you’re just getting a spot at San O,” explained Steven Baxter, who frequents Old Man’s when the weekend traffic isn’t so heavy. “I get it, I mean, San O’s like the dream summer spot. You park right on the beach, the waves are right there, you can barbecue right there. As far as ease of use, it’s hard to beat. But when it’s crowded like that, I’m over it. We live in a beach town, and there are other options.”

Down at Trails on Sunday morning there was no shortage of purported shark sightings. I say this not to scare you because, yes, there have been numerous sighting there recently, but at Trail One it seemed like every 15 minutes dudes were claiming to have seen “a 6-footer” or “a big one just breached.” At one point, a trio of portly gentlemen on soft-tops screamed “Shark!” and bee-lined it for shore. Everyone else in the water just sat watching in perplexed amusement. One of the results of all the great white sightings over the last couple of months is that paranoia has crept into the lineups. While valid, yelling “Shark!” in a congested lineup is akin to yelling “Fire!” in a theater…you just don’t do it, unless it’s the real deal. (Editor’s note: It’s also not protected under constitutional free speech).

As far as what the Pacific has in store for us, there’s a lot in play. By the time you read this, you’ve probably partaken in some of the juice that Hurricane Eugene provided. Steep-angled hurricane swells are typically better aimed at northern Orange County, especially Newport Point, but Lowers sucks in any south swell and has probably been a pretty good bet. There are also a couple of shots of southern hemi swell on tap that will keep us jumping and jiving. It should keep wave heights in the playful to overhead zone through the weekend.

The water’s warm, the waves are up, the great whites are jumping, it’s summertime and the living’s easy. Get out there, just be sure to mind your p’s and q’s, and don’t yell “Shark!” the next time a dolphin swims by.