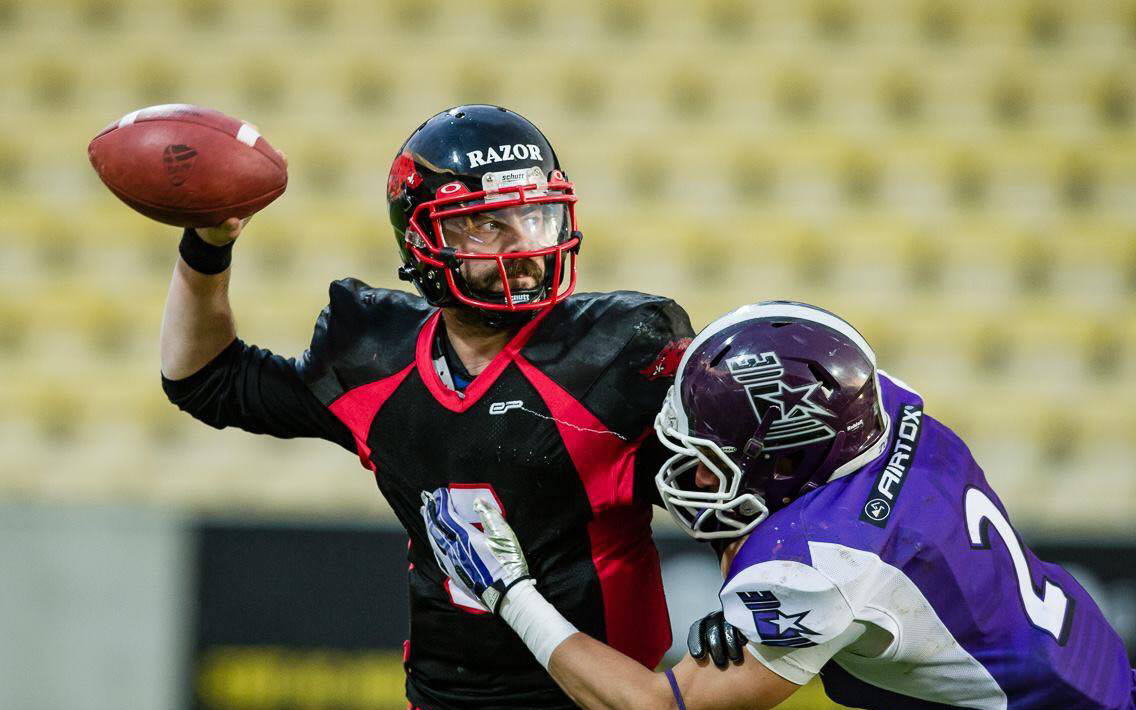 Duke DeLancellotti did not get to watch the end of the play that won his team a championship, despite being the person that threw the game-winning pass.

DeLancellotti, the quarterback for the Triangle Razorbacks in Denmark’s National League, had just led his team downfield with less than two minutes to go in the 2016 Mermaid Bowl, the league’s biggest game of the season. As the clock dwindled, DeLancellotti heaved a 33-yard pass to his best receiver, Oliver Holmlund, hoping to take the lead for good. As the San Clemente native released the ball, he took a big hit by a Copenhagen Towers defensive lineman and was sent to the ground.

“I didn’t get to see the ball (in the air). Once I hit the ground, I looked up at the stands to watch the crowd’s reaction. It felt like time was taking forever to go by,” DeLancellotti said. “The crowd erupted and that’s when I knew he had caught it. We all sacrificed a lot that whole game, but that was a once in a lifetime opportunity to throw a game-winning touchdown.”

DeLancellotti’s last-second pass earned the Razorbacks a 22-18 victory over the Towers on Oct. 10. The Mermaid Bowl is akin to the NFL’s Super Bowl in Denmark, and it was the second consecutive year the Razorbacks claimed the title.

DeLancellotti, a San Clemente High School graduate and former Tritons quarterback, was not having his best game against the Towers. He threw five interceptions through the first three quarters, but was able to stay composed down the stretch.

DeLancellotti dedicated his season to Nick Pasquale, a childhood friend and former SCHS and UCLA football player, who died in 2013. DeLancellotti grew up four houses down from the Pasquale family in San Clemente, and he said that Nick was like a little brother to him.

“When I was struggling during that game, I was looking up to (Nick) a couple times looking for guidance and strength,” DeLancellotti said. “He definitely played a part in bringing that championship home.”

It was DeLancellotti’s first season playing in the Danish National League. He graduated from Texas State University in 2013, where he played quarterback, and took two years off before deciding to head to Europe.

Because they won the Mermaid Bowl, the Razorbacks will get to compete in the International Federation of American Football’s Europe Champions League in 2017. The Champions League is a tournament that features the top teams from all the major American football leagues in Europe.

DeLancellotti has an offer on the table from the Razorbacks to return in 2017. He plans on trying out for the Canadian Football League this offseason.