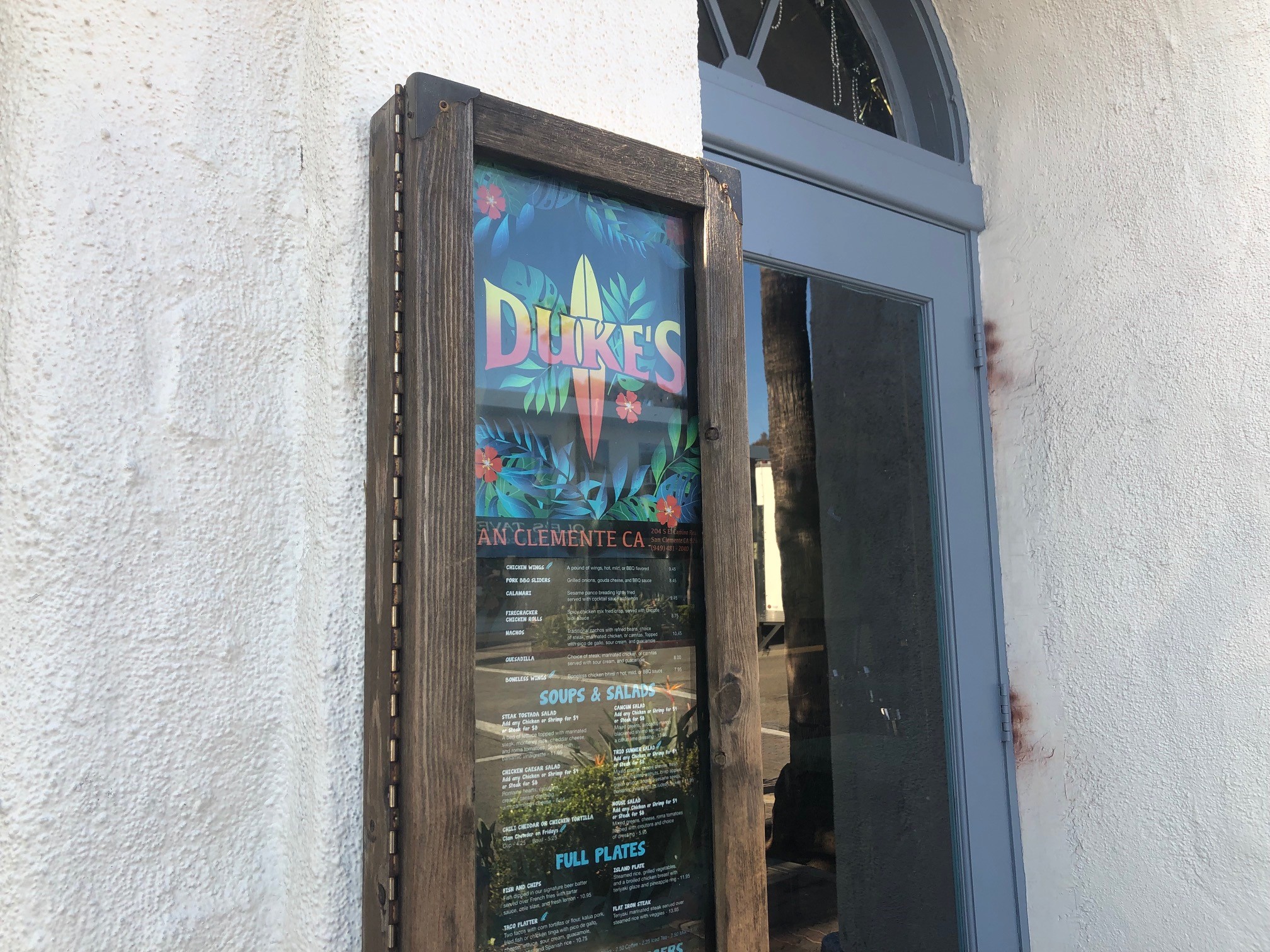 One of the main watering holes that make up “The Triangle” in San Clemente has closed, according to its general manager and employees.

Duke’s San Clemente announced it has shuttered its doors after the lessee and the owners could not come to an agreement on the terms of rent, the general manager of the establishment told the San Clemente Times on Friday, Jan. 4.

Denise Celaya, the general manager for about four months, said discussions between the landlord and the owners had failed and they were unable to reconcile.

“There was a longstanding back-and-forth issue on the lease, and they kind of negotiated it up until the 11th hour,” Celaya said.

Celaya said there has been interests from other businesses to rent the location, but nothing has been confirmed yet. The bar and grill was a popular hangout for sports events and late-night dancing for more than a decade.

“There’s been a lot of interest in that location,” she said.

The new owners took over in 2018 and hosted a grand re-opening in November. Denise said the owners of Duke’s are not going to seek another location in San Clemente.

Employees contacted by SC Times initially said the final day would be Sunday, but Celaya said the locks had already been changed by Thursday night.

“The community has been amazing. I’d only been there four months, but the regulars and the locals have been amazing people,” Celaya said. “Although this was such a short experience for me, it was wonderful. So, I hope to do it again somewhere.”

Some of the employees had been with Duke’s for 10 years, Celaya said.

The owners of Duke’s did not wish to comment on the story, she added.

“The Triangle” has been commonly referred to the three bars in close proximity to each other: Duke’s, Ole’s Tavern and Goody’s and Red Fox Lounge kind of combine to make the last corner.