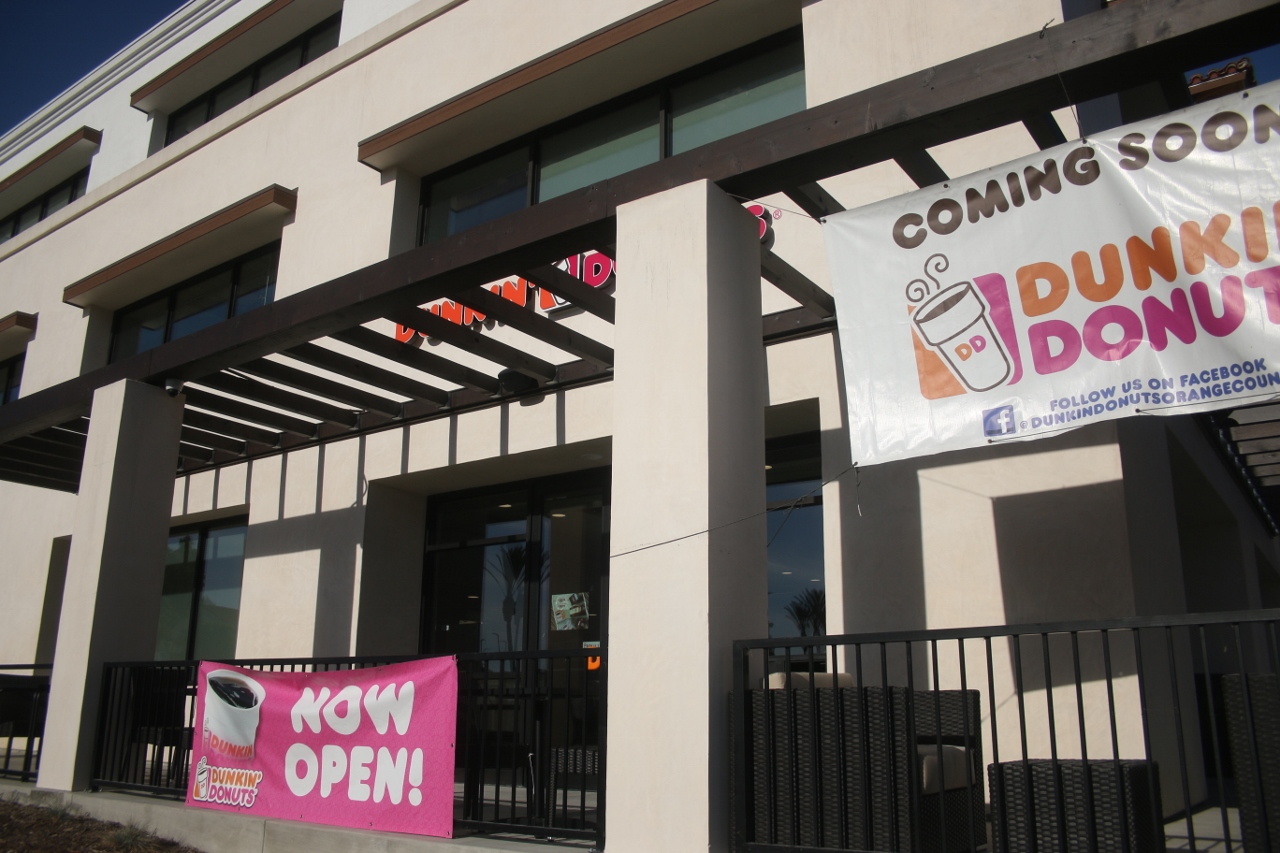 Dunkin’ Donuts announced on Monday, Dec. 4, that it has opened its San Clemente location at 635 Camino De Los Mares.

“Local dignitaries will be invited to join in a ribbon cutting ceremony at 9 a.m. and participate in grand opening festivities alongside the San Clemente community,” the release stated. “Following the ribbon cutting, Dunkin’ Donuts will present a $1,000 donation to the Surfrider Foundation, in support of the organization’s local efforts.”

The franchise location is operated by Precision Hospitality & Development. The group has plans to open several additional Dunkin’ Donuts restaurants in South Orange County and North Los Angeles in the coming years.

“We’re thrilled to open San Clemente’s first Dunkin’ Donuts location and become further engrained in the Orange County community,”Joe Haupt, Dunkin’ Donuts franchisee and owner of Precision Hospitality & Development, stated in a press release. “We look forward to getting to know our customers in the area and are confident the residents of San Clemente will soon be running on Dunkin’.”

“The San Clemente restaurant is part of Dunkin’ Donuts’ DD Green Achievement program, meaning its design features a variety of energy efficient and sustainable elements, such as low-flow faucets, high performance windows, and more,” the release stated. “This Dunkin’ Donuts location will be open daily from 4:30 a.m. to 10 p.m.”