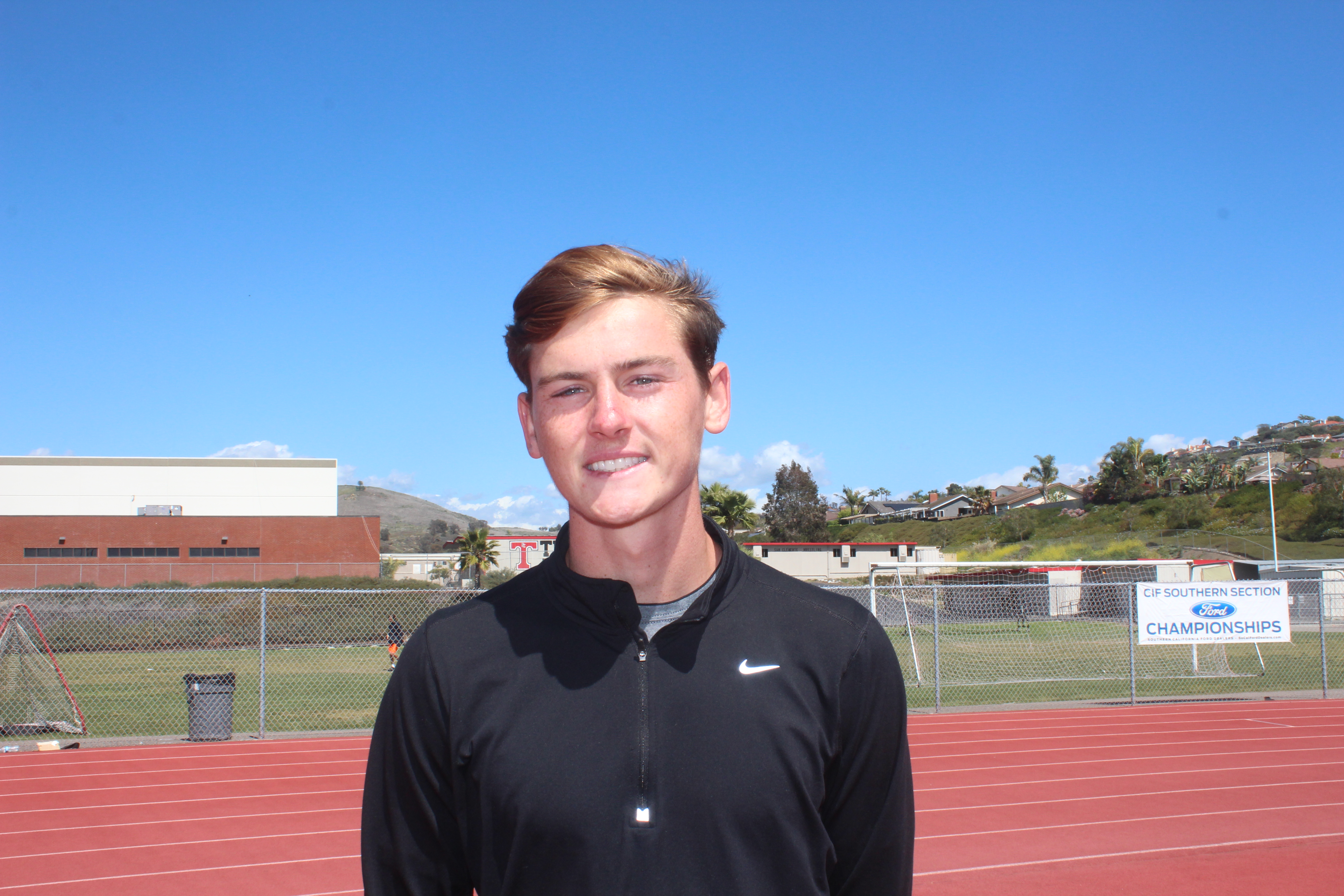 As he rounded the final turn of the one-mile race at the Azusa Pacific/Arroyo Meet of Champions on March 26, San Clemente’s Connor Dunne knew he had an extra gear he could tap into. Ahead of Dunne was Austin Tamagno of Brea Olinda, the defending state champion in the 1,600-meter, and Madera South’s Eduardo Herrera, two standouts who were closing in on taking the title at the most talent-laden one-mile race in the country.

But Dunne had other plans.

Dunne came on strong down the stretch, passing both Tamagno and Herrera on the outside to cross the finish line in 4:04.59. Dunne’s one-mile time is now the fastest time in the nation.

Dunne’s time in the 1600-meter split, which is just short of one mile, was 4:03.13, another top mark in the nation. Dunne crushed his previous personal best in both events by seven seconds.

“I stuck in there throughout the race, it was tough. With 200 meters to go, last turn, I figured I was in a good spot so I might as well give it everything I had,” Dunne said. “I knew if I could just stay tough through three laps and make it to the last lap, I’d have a good shot at coming out strong.”

Dunne’s time in the one-mile race is the eighth-fastest time recorded by a high school athlete in United States history, according to San Clemente High School athletic director John Hamro.

Dunne entered the race as the leader in the 1,600-meter run. The senior posted a national-best time of 4:10.72 in the event at the OC Classic meet on March 11. Having already posted such a stellar time early in the season, Dunne said he was not anticipating that big of a drop off in his time at the APU/Arroyo meet. Dunne said the caliber of runners he was competing against set the tone for the race, which started off fast and ended at a torrid pace. The top-11 runners in the one-mile race on March 26 all ran sub-4:10 times.

Dunne is hoping to use the event as a springboard for the rest of the 2016 track and field season. He will compete in the 800-meter race at the Stanford Invitational April 2 and run the one mile at the prestigious Arcadia Invitational April 8-9.