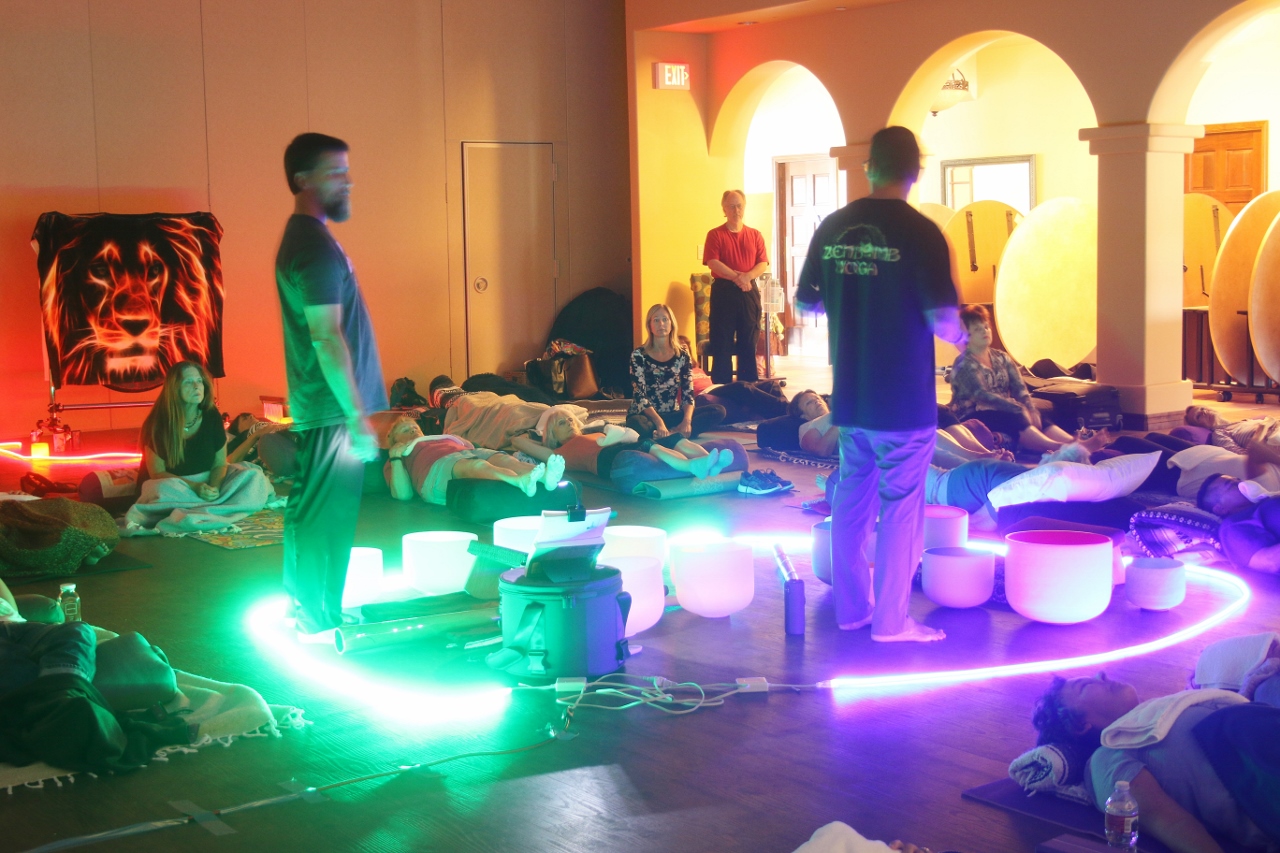 The path to finding inner peace may start with the constant, low-humming frequencies performed by yoga masters.

On Oct. 2 at the Dorothy Visser Senior Center, ZenBomb Yoga and Alpha Yoga of Orange County, both of San Clemente, hosted a restorative yoga session with about 40 people. ZenBomb owner Jon Greenblatt, and Alan Hostetter, the owner of Alpha Yoga of Orange County, helped people fall into a meditative trance through words. Following verbal instruction, Greenblatt and Hostetter guided their class through the rest of the sound meditation with other tools and techniques, such as an instrumental demonstration that included Tibetan and crystal bowls, didgeridoos and a large gong.

For more information about the two yoga studios or future sound meditation and restorative yoga classes, visit www.zenbombyoga.com and www.alphayogaoc.com.

People who attended listened to the sounds and instructions of the yogis who hosted a restorative yoga session on Oct. 2. at the Dorothy Visser Senior Center.