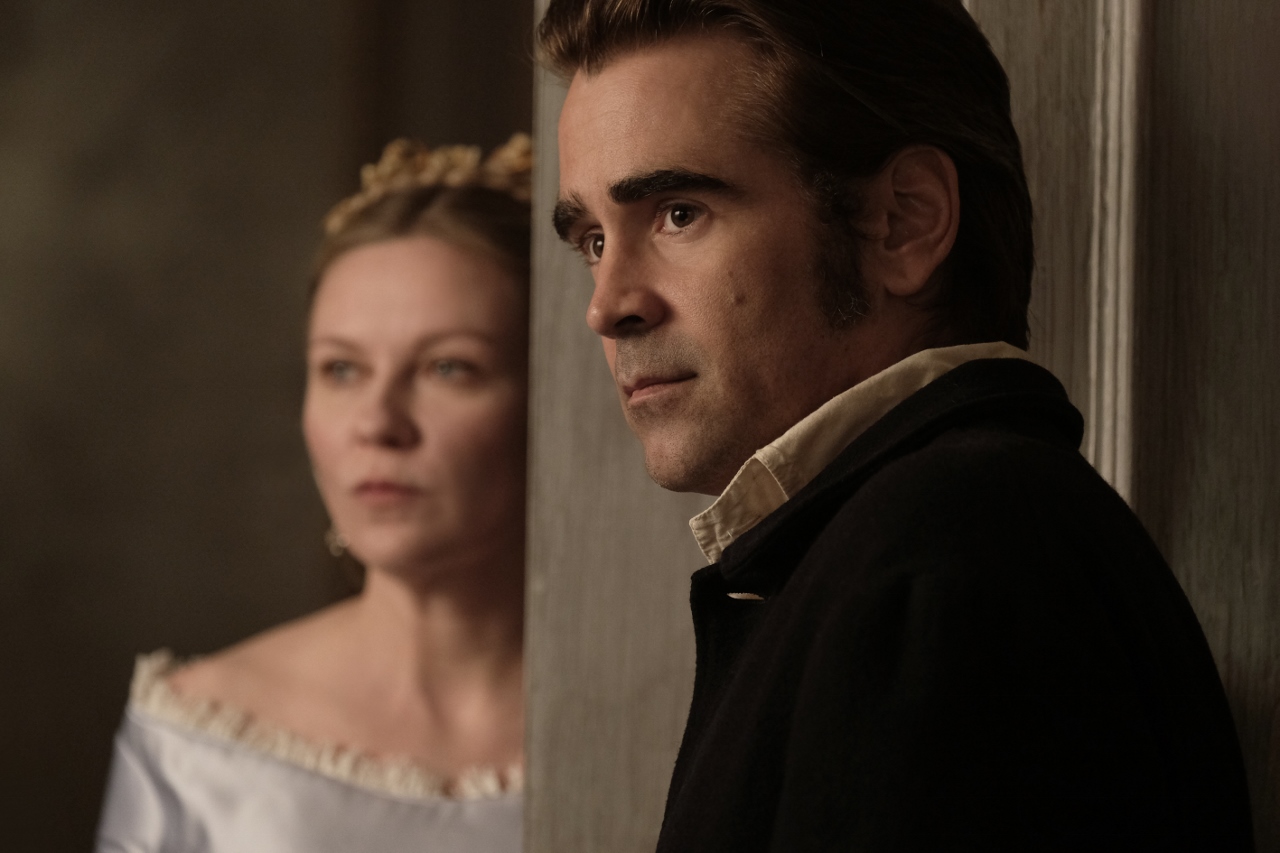 At the Movies: Coppola Leaves Her Mark on ‘The Beguiled’

Eighteen years ago, Sofia Coppola made her mark in Hollywood with the sleeper hit The Virgin Suicides and then flew to mega success with the Oscar-winning Lost in Translation (2003). Since then, her efforts have been rather polarizing, with Marie Antoinette (2006), Somewhere (2010) and The Bling Ring (2013). But fortunately for her fans, her new film The Beguiled, a second adaptation of Thomas Cullinan’s novel, A Painted Devil, still has the distinctive Coppola touch.
In 1863 Virginia, a young schoolgirl named Amy (Oona Lawrence) finds a wounded Civil War Union soldier John McBurney (Colin Farrell), outside the boarding house where she resides. Quickly, the women and girls of the house, including headmistress Martha (Nicole Kidman), teacher Edwina (Kirsten Dunst) and eldest student Alicia (Elle Fanning) begin to nurse him back to health. But even quicker, hormones start rising between the sexually repressed women near the new man.
Coppola’s The Beguiled has the filmmaker’s usual dreamlike quality, with the soft cinematography and an atmospheric score, as well as casting her usual muses, Dunst and Fanning. Because of this, a couple of the creative decisions to the plot do seem a bit absurd at times with the straightforward narrative and subtlety. But the performances, particularly from Dunst and Lawrence, are strong, and Coppola doesn’t feel the need to push the envelope with the innuendo. Although Don Siegel’s original 1971 adaptation was racier and provocative, Coppola’s update brings a new perspective from the female point of view for any fans of the director’s style.