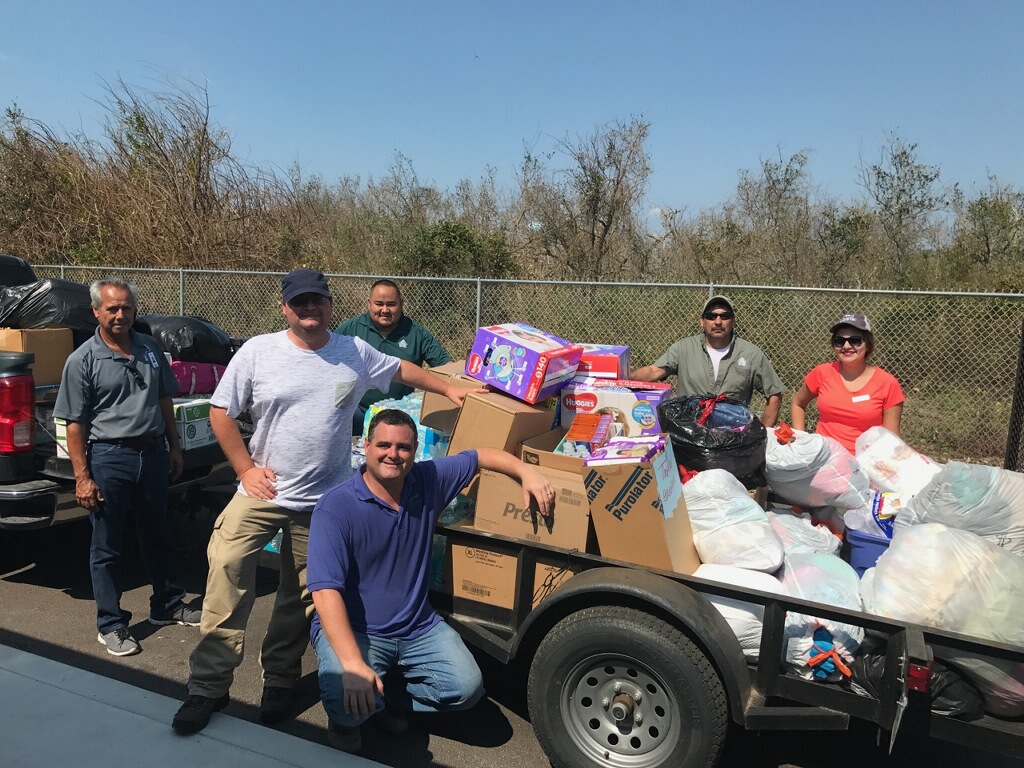 A 51-year-old man, bound to a wheelchair and living on a fixed income, sat in the basement of his apartment complex in Rockport, Texas, as the roof and other portions had just been ravaged by Hurricane Harvey on Aug. 26.

The complex is owned by Step Forward Communities, a nonprofit based in San Clemente that helps rehabilitate rundown complexes. It had just been renovated to the tune of $2 million in June. Most of the complex’s roof had been destroyed and it is not habitable at this time. Most of the residents, including the man bound to a wheelchair, are in shelters, in other cities or with family members.

Duane Henry, executive director of the nonprofit Step Forward Communities in San Clemente, and Bill Rice, the owner of Triton Community Development, are currently helping residents in the area get back on their feet after what analysts have called the most devastating hurricane in U.S. history.

At the Step Forward complex Fifty Oaks Apartments, residents pay 30 percent of their income, Henry said. The complex had 55 families living in it, all of whom survived.

“Every single roof got some damage or some kind of hole in it except for the office,” Rice said. “That caused water damage to get into the walls and floors. The sides are in good shape.”

Rice said their rehabilitation probably saved the majority of the units from further damage, but they’ll have to redo a lot of it. Power was out for at least a week, and it took the city of Rockport at least five days to get running water restored.

“What we focus on ourselves is trying to preserve properties that may have been built as affordable housing but could lose that designation,” Henry said. “They’re at risk of losing their affordability, and we bring them up to code.”
Henry said the company spends about $40,000 per unit, sometimes more, to improve them.
Step Forward works with lenders and investors to receive Section 42 low-income housing tax credits to develop affordable housing. Henry said the foundation typically buys properties that are 30 or 40 years old and rehabilitates them. Step Forward is also a social service provider for the low-income housing residents in California and Texas.

Now, Rice and Henry are working to rebuild what was destroyed or heavily damaged. They spent a few days in Texas last week and will continue to make trips to help out.
A GoFundMe page has been established under the name Fifty Oaks Apt, Rockport, Texas.

San Clemente-based company Ethika stated in an Aug. 30 press release that it sent more than 14,000 pairs of men’s, women’s and children’s underwear to help people who were affected by Hurricane Harvey. The release stated the items were sent directly to the George R. Brown Convention Center in Houston, where more than 10,000 people are being housed.